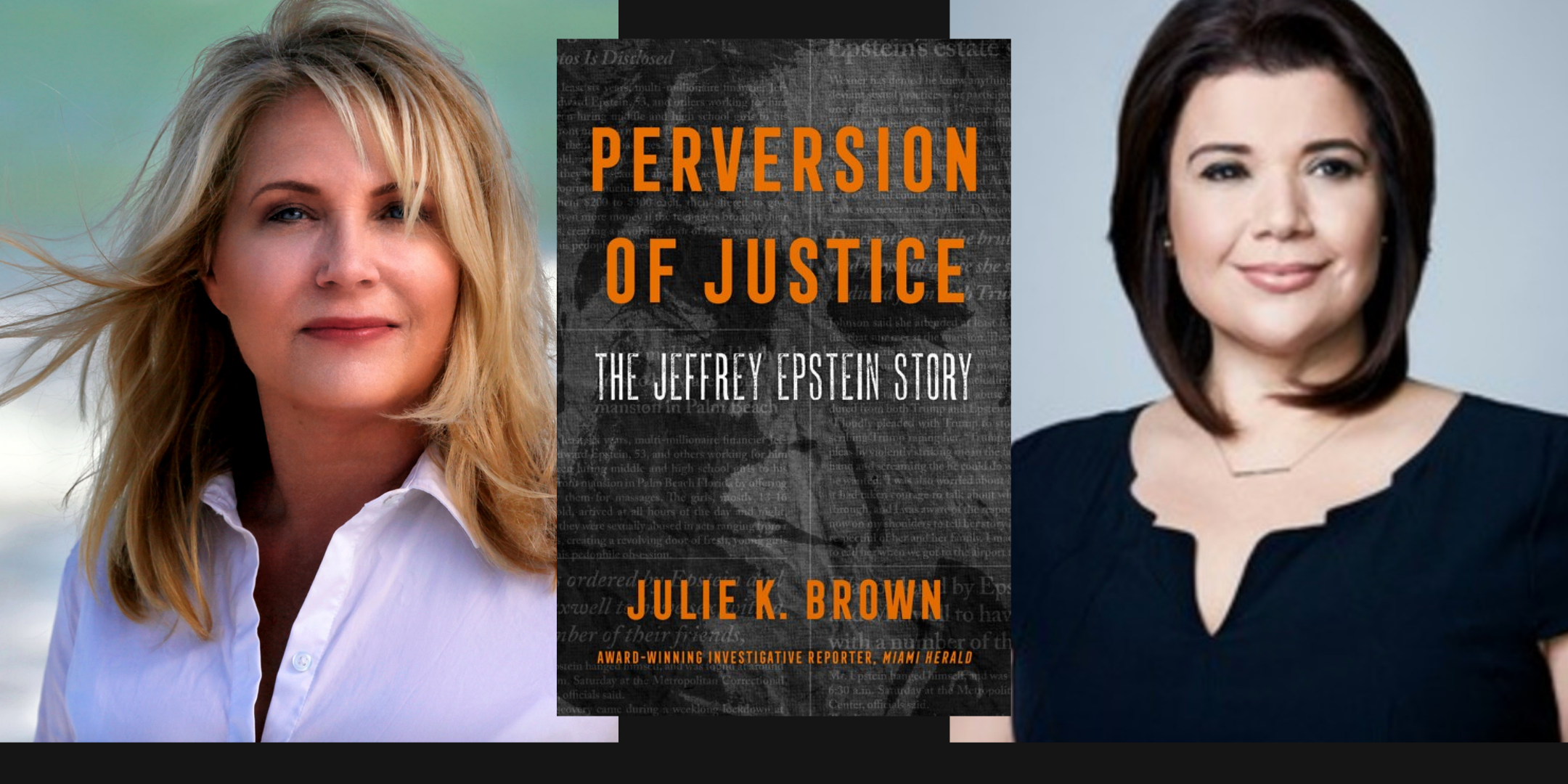 Books & Books and Sanctuary of the Arts presents…

Books & Books proudly joins forces with The Sanctuary of the Arts to host an in-person event with the Miami Herald’s Julie K. Brown!

A book purchase is required to attend this event and there is a $10 option with purchase of the book that allows you to bring a guest. This event will take place at The Sanctuary of the Arts, a beautiful new art space located inside the old First Church of Christ Scientist, across the street from Coral Gables City Hall. Books & Books is still observing safety protocols and asks that everyone in attendance please plan to wear a face mask. Friends and family may sit in groups. We will be checking reservations at the door.

*Please be advised that this is a new space that does not yet have an ADA bathroom available. 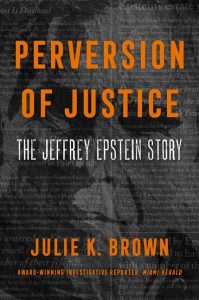 For many years, billionaire Jeffrey Epstein’s penchant for teenage girls was an open secret in the high society of Palm Beach, Florida, and Upper East Side, Manhattan. Charged in 2008 with soliciting prostitution from minors, Epstein was treated with unheard of leniency, dictating the terms of his non-prosecution. The media virtually ignored the failures of the criminal justice system, and Epstein’s friends and business partners brushed the allegations aside. But when in 2017 the U.S Attorney who approved Epstein’s plea deal, Alexander Acosta, was chosen by President Trump as Labor Secretary, reporter Julie K. Brown was compelled to ask questions.

Despite her editor’s skepticism that she could add a new dimension to a known story, Brown determined that her goal would be to track down the victims themselves. Poring over thousands of redacted court documents, traveling across the country and chasing down information in difficulty and sometimes dangerous circumstances, Brown tracked down dozens of Epstein’s victims, now young women struggling to reclaim their lives after the trauma and shame they had endured.

Brown’s resulting three-part series in the Miami Herald was one of the most explosive news stories of the decade, revealing how Epstein ran a global sex trafficking pyramid scheme with impunity for years, targeting vulnerable teens, often from fractured homes and then turning them into recruiters. The outrage led to Epstein’s arrest, the disappearance and eventual arrest of his closest accomplice Ghislaine Maxwell, and the resignation of Acosta. The financier’s mysterious suicide in a New York City jail cell prompted wild speculation about the secrets he took to the grave—and whether his death was intentional or the result of foul play.

Tracking Epstein’s evolution from a college dropout to one of the most successful financiers in the country—whose associates included Donald Trump, Prince Andrew, and Bill Clinton—Perversion of Justice builds on Brown’s original award-winning series, showing the power of truth, the value of local reportage, and the tenacity of one woman in the face of the deep-seated corruption of powerful men.

Julie K. Brown is an award-winning investigative journalist with the Miami Herald. Her pursuit of the Jeffrey Epstein sex trafficking story re-opened the case ten years after Epstein’s sweetheart deal with then Alexander Acosta, resulting in the federal indictments of Epstein and the resignation of Acosta from his post as Labor Secretary under President Trump. For her reporting on Epstein, Brown was awarded the Hillman Prize for Newspaper Journalism, the National Press Club Journalism Institute’s Neil and Susan Sheehan award for investigative journalism, the Freedom Forum Institute’s Power Shift award, a George Polk Award in the Justice Reporting category, and was recently named by New York University on of the top ten works of journalism of the decade.

Her 2014 series “Cruel and Unusual” exposed abuses and brutality in the Florida prison system, especially against mentally impaired inmates, prompting a federal investigation by the Department of Justice. For “Cruel and Unusual,” she was awarded the George Polk Award for Justice Reporting and the Robert F. Kennedy Journalism Award in the Domestic Print category.

Brown is a mother of two and lives in Hollywood, Florida.

Ana Navarro is a political strategist and commentator. Born in Nicaragua, she immigrated to the United States in 1980 at 8 years of age.

She is a Republican commentator with expertise on Latin American, Florida and His-panic issues.

She also has vast expertise in supporting losing, but principled, Republican candidates. She was the National Hispanic Co-Chair for John McCain’s 2008 Presidential Campaign. She has advised numerous Federal and State campaigns in Florida and nationally.

She is one of the leading Hispanic (long-suffering) Republican political voices in the United States. She is a political commentator on CNN and Telemundo and a Co-host on ABC’s, “The View”. She is known for her honest and blunt commentary and speaking truth to power.

She lives in Miami, FL with her high-maintenance Hispanic husband. She has no chil-dren, and her house plants tend to die. She has no hobbies or activities, requiring signifi-cant attention span or physical exertion.

Tier 1: GENERAL ADMISSION: The purchase of this ticket admits (1) one person into the event and includes (1) one copy of Perversion of Justice (HarperCollins, $27.99 + tax and fee). Books can be picked up at the venue on the night of the event. Tickets are first come, first served. Space is limited.

Tier 2: GENERAL ADMISSION GUEST: This ticket is optional and includes entry into the event with a paid Tier 1 ticket. This option is $10 and does NOT include a copy of the book. Tickets are first come, first served. Space is limited.