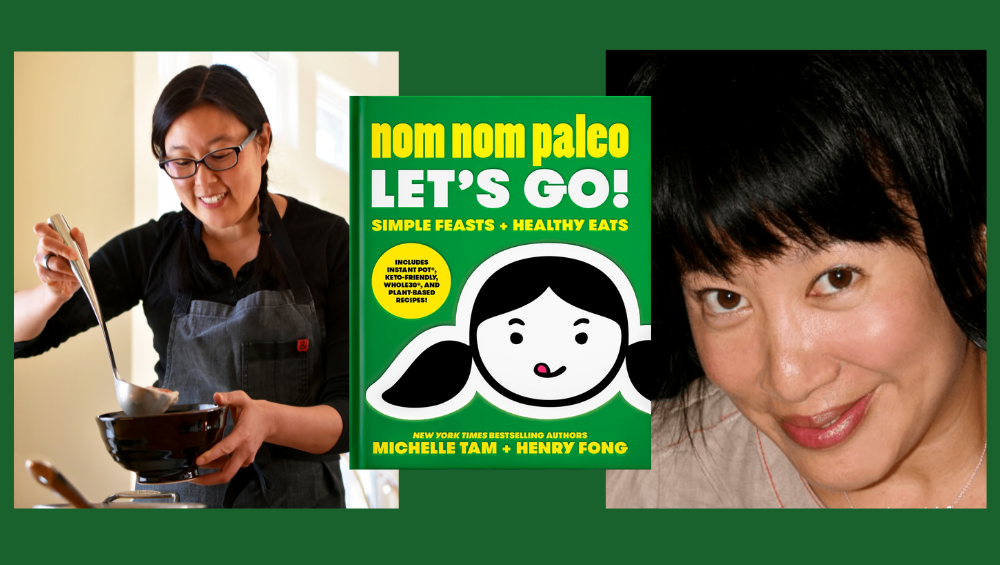 An Evening with Michelle Tam

in conversation with Fiona Kennedy 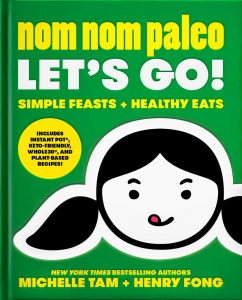 The New York Times bestselling creators of Nom Nom Paleo are back with a new collection of internationally-inspired, umami-packed dishes—including keto-friendly, Whole30, and plant-based recipes! With step-by-step photos, fun cartoons, and a dash of snarky humor, Let’s Go! will have you running into the kitchen and ready to cook!

Michelle Tam and Henry Fong know that the healthiest meal is the one you make yourself, so they’re all about getting you off your butts and into the kitchen. Whether you’re cooking for yourself, whipping up a family dinner, or preparing a special-occasion feast, Nom Nom Paleo: Let’s Go! will inspire you with deliciously nourishing meals.
Weeknight suppers should be healthy and flavor-packed but also fast and simple. Weekends and celebrations, on the other hand, are the perfect excuse to craft elevated (but easy!) crowd-pleasers. This cookbook offers crazy-delicious recipes for all occasions, and every single one is free of grains, gluten, dairy, and refined sugar. Better yet? No one in your family will notice what’s missing!
As always, Nom Nom Paleo’s recipes reflect the diverse cuisines Michelle grew up with and culinary ideas from her travels. Often Asian-inspired, Michelle’s unfussy recipes maximize flavor, optimize whole foods, and are presented with photos of each step so they’re absolutely foolproof—even for novice cooks! New recipes include:

So what are you waiting for? LET’S GO!

Dubbed “the Martha Stewart of Paleo” by the New York Times and CBS News, Michelle is the food nerd behind Nom Nom Paleo’s recipes and personality. She has a degree in nutrition and food science from the University of California, Berkeley, and earned her doctorate in pharmacy from the University of California, San Francisco. For over a dozen years, she worked the graveyard shift at Stanford Hospital and Clinics as a night pharmacist.

Henry is a lawyer by day but moonlights as the photographer, illustrator, and designer of the Nom Nom Paleo cookbooks, blog, and app. Henry is a graduate of the University of California, Berkeley, and Yale Law School.

Michelle, Henry, and their sons Owen and Oliver split their time between Palo Alto, California, and Portland, Oregon.

FIONA KENNEDY is Research and Development Chef and the master maker behind all the blends for The Spice Lab.