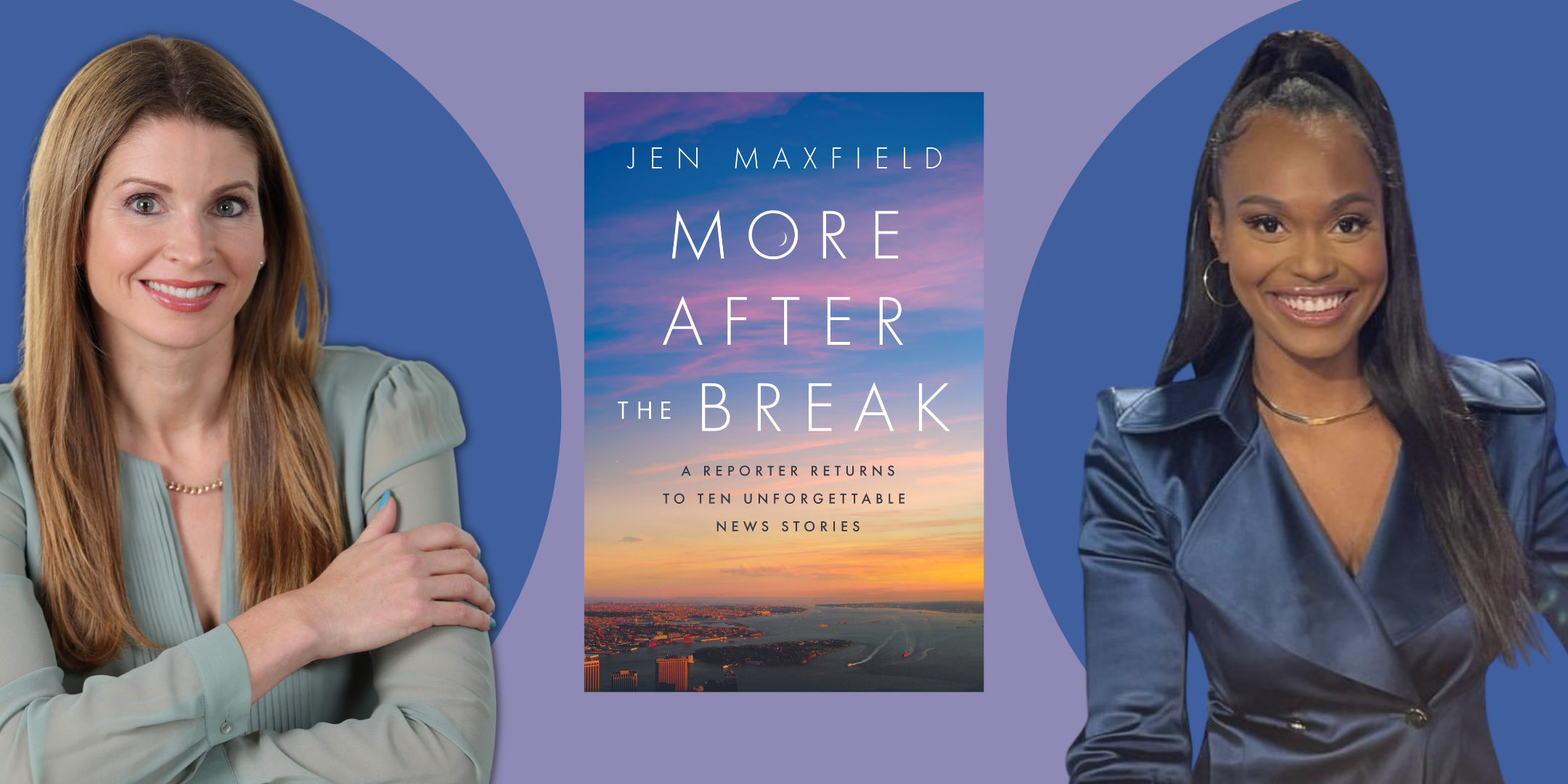 In-Person | MORE AFTER THE BREAK: An Evening with Jen Maxfield and Caroline Coles

AN EVENING WITH JEN MAXFIELD

More After the Break: A Reporter Returns to Ten Unforgettable News Stories

Join us in-person at Books & Books as Jen Maxfield discusses her latest book MORE AFTER THE BREAK. 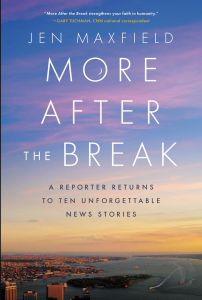 Emmy Award-winning reporter and news anchor Jen Maxfield has seen just about everything in her more than two decades on the air. But what happens after a story is reported, once the cameras are turned off? In More After the Break: A Reporter Returns to Ten Unforgettable News Stories (Greenleaf Book Group; July 12, 2022; $26.95), Maxfield revisits stories that have been transformative for the subjects and have also changed her life.

Maxfield introduces readers to people whose hopefulness and perseverance, even when these individuals were, and are, confronting life’s greatest heartbreaks, will inspire. More After the Break shares the stories, both past, and present of:

– Paul Esposito, a 24-year-old waiter who lost both legs and nearly lost his life in the horrific 2003 Staten Island ferry crash

– Tamika Tompkins, a young mother who was stabbed 27 times by her abusive ex-boyfriend and ultimately was saved by her toddler daughter, who lay on top of her to stop the bleeding

–  Zaina, the high-achieving 5th grader who survived every parent’s nightmare when her school bus crashed during a field trip and who is now starting high school

–  The family of Darren Drake, a young man in the prime of his life killed by a terrorist who plowed down a bike path in lower Manhattan

–  The Ellis and Middleton families, who lost everything in Hurricane Katrina, and the Borelli family, destitute after Hurricane Sandy, along with the Good Samaritans who helped them in their worst moments

Returning to find these people years—even decades—after initially telling their stories on the news gave Maxfield the opportunity to ask: What happened after the live truck pulled away? What’s the rest of this story?

JEN MAXFIELD is an Emmy Award-winning reporter and anchor who joined NBC New York in 2013. Prior to joining the station, she worked for Eyewitness News (ABC7) in New York City as a reporter and substitute anchor for ten years. Maxfield started her broadcast career in 2000 in upstate New York before moving to New York City in 2002. She has reported live from thousands of news events over her 22-year career and estimates that she has interviewed more than ten thousand people.

Maxfield is an adjunct professor at Columbia Graduate School of Journalism at Columbia University. A graduate of the class of 2000, she enjoys coming back to her alma mater to educate a new generation of journalists.

Maxfield and her husband met as undergraduates at Columbia University. They live in New Jersey with their three children and dog.

CAROLINE COLES is the breaking news anchor and traffic reporter for WPBF 25 News Mornings. Before joining the WPBF 25 News Mornings team in January of 2020, she was an anchor, reporter, and producer at the #1 station in Salisbury, Maryland, WBOC-TV. Caroline earned her master’s degree from Columbia University’s School of Journalism and graduated with a bachelor’s degree in Journalism from Howard University. Caroline is a proud member of Alpha Kappa Alpha Sorority, Inc., and the National Association of Black Journalists.