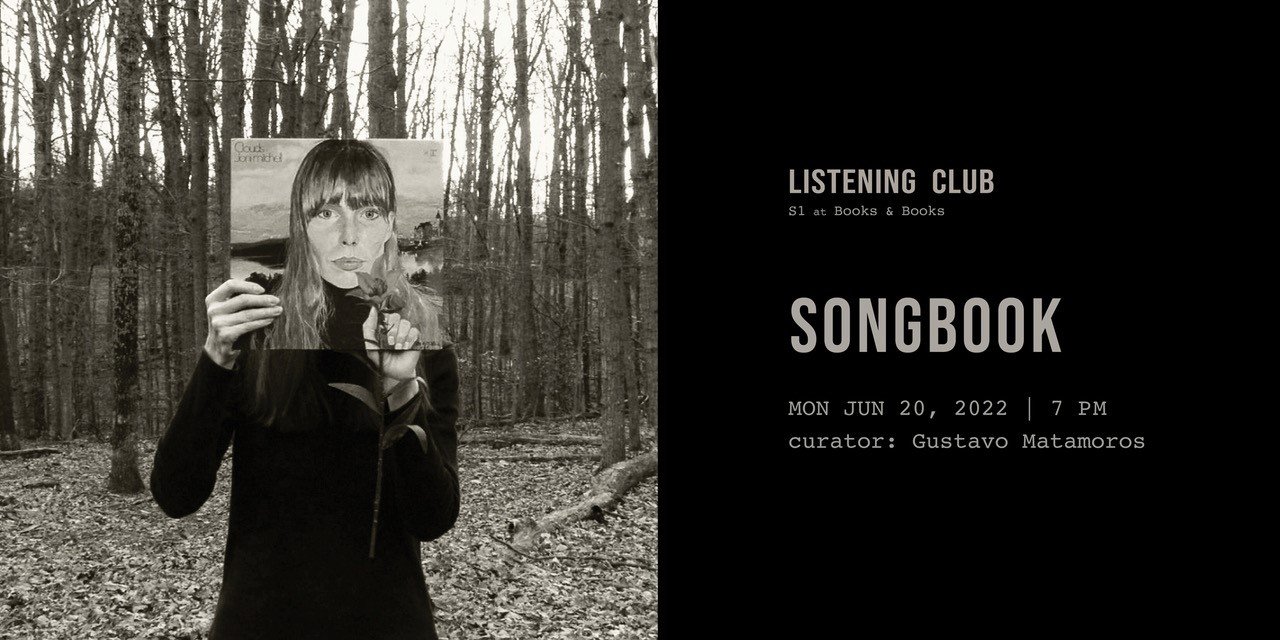 This event is part of a special four-part series presented by the Subtropics Organization and the City of Coral Gables at Books & Books.

The word ‘song’ is used by poets, musicians and ornithologists alike. So, what makes the “song” a song? The language? The melody? The warbling? Something else?

This third episode of the Listening Club is in the form of a songbook — an anthology of recorded songs, many of which may not sound like it to you or me. Warning: some of this music may evoke strong emotions, bring about laughter and/or tears.

About the Listening Club series:

Created by Gustavo Matamoros, the Listening Club is a series of listening experiences curated for the stimulation of the sound mind: the mind with which we listen. The 2022 season is in four parts and makes its Coral Gables debut in celebration of the 40th anniversary of Books and Books.

GUSTAVO MATAMOROS is North American intermedia artist born in Caracas who works in Miami since 1979 in the arenas of experimental music, sound installations and intermedia. He is the founding artistic director of the Subtropics Festival and is currently in residence at Florida International University’s i360 XR Theater, and at Deering Estate Theater — residency for which he received a 2021 Knight Arts Challenge award. His work was recently featured during the Aspen Ideas: Climate conference at the New World Center in Miami Beach.