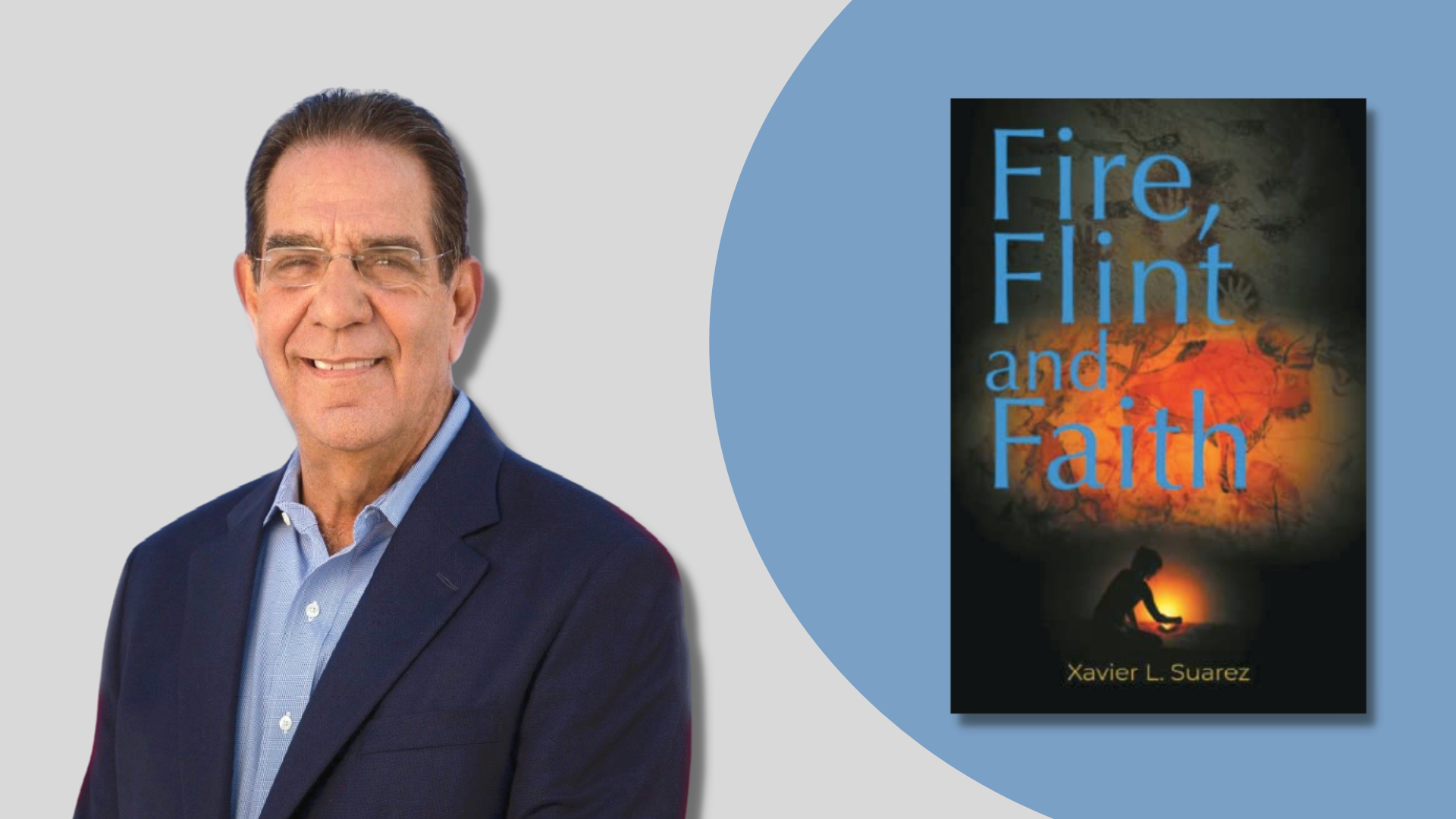 AN EVENING WITH XAVIER SUAREZ

with a special introduction by Dr. Marvin Dunn

Books & Books is thrilled to present an in-person evening with Xavier Suarez to discuss his book: FIRE, FLINT & FAITH.

Fire, Flint and Faith is a coherent and holistic – but also entertaining – journey through the history of the universe.

Following on other works by the author which analyze otherwise unexplainable jumps in the history of our planet, this book focuses on the so-called “Great Leap Forward” that scientists believe connected our species to our animal ancestors. Using history, science and logic, the author convincingly debunks the latest in a scientific materialism, which argues that “only matter matters.” Instead, the author uses recent scientific discoveries and common sense to suggest that humans are a marvelous combination of body, mind and spirit. Told in a conversational style that any adult can comprehend, the book goes on to conclude that humans are a wonderful combination of body, mind and spirit. In the process, it debunks the notion that “only matter matters,” as taught by some modern academicians.

XAVIER L. SUAREZ is both an academic and a politician. He was born in Cuba and came to the United States as a refugee from Castro-communism. Here in the states, he obtained scholarships from High School at the famed St. Anselm’s in Washington D.C. and subsequently at Villanova University, where he was the only summa cum laude graduate in the entire school of engineering. He then obtained joint degrees in law and public policy from Harvard University. In 1985, Suarez was elected Mayor of Miami, he was re-elected twice. In 2011, Suarez was elected Miami-Dade County Commissioner, where he served for two-plus terms, until termed out in 2020. He has written books on topics ranging from politics to anthropology and economics. He is married to Rita Elena and lives, along with his son Francis (currently serving as Mayor of Miami) and daughters Olga, Annie, and Carolina, plus 11 grandkids, in the Miami area.

DR. MARVIN DUNN served as a naval officer aboard the aircraft carriers U.S.S. Kitty Hawk and the U.S.S. Saratoga, and was the Commander of the 14th Battalion, U.S. Naval Recruit Training Command in Great Lakes, Illinois. Dr. Dunn’s primary research interests are in the identification of effective instructional and behavioral strategies and programs for students at risk and in race relations. His research examines the characteristics of effective schooling practices and intervention strategies for motivating the disinterested and disruptive learner. He founded the Academy for Community Education (later re-named Dr. Marvin Dunn Academy for Community Education), a Miami-Dade County high school for at-risk youth. His views on racial and ethnic relations in the U.S. have been widely published and broadcast on the major news outlets. He has authored several books on the history of African Americans and has produced several films related to African American history in Florida.