In-Person: An Evening with Mirsad Kriještorac

AN EVENING WITH MIRSAD KRIJEŠTORAC

First Nationalism Then Identity: On Bosnian Muslims and Their Bosnian Identity

Books & Books is excited to present an evening with Mirsad Kriještorac discussing his new book: First Nationalism Then Identity: On Bosnian Muslims and Their Bosnian Identity (University of Michigan Press, $58.44). 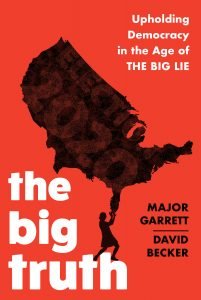 First Nationalism Then Identity focuses on the case of Bosnian Muslims, a rare historic instance of a new nation emerging.

Although for Bosnian Muslims the process of national emergence and the assertion of a new salient identity have been going on for over two decades, Mirsad Kriještorac is the first to explain the significance of the whole process and how the adoption of their new Bosniak identity occurred. He provides a historical overview of Yugoslav and Bosnian Slavic Muslims’ transformation into a full-fledged distinct and independent national group as well as addresses the important question in the field of nationalism studies about the relationship between and workings of nationalism and identity. While this book is noteworthy for ordinary readers interested in the case of Bosnian Muslims, it is an important contribution to the scholarly debate on the role of nationalism in the political life of a group and adds an interdisciplinary perspective to comparative politics scholarship by drawing from anthropology, history, geography, and sociology.

“Kriještorac’s rigorous empirical study of the development of a Bosniak identity extends the academic literature on nationalism, refines the history of Muslims in the Balkans, and adds to our knowledge of immigrant life in the United States. Kriještorac demonstrates the fruitfulness of studying change rather than permanence.”—Thomas A. Breslin, Florida International University

“This book is a great source of information for anyone who wants to understand Bosnian-Herzegovian political dynamics and the aspirations of Bosniaks, as the largest national group there. As US ambassador to NATO involved in the effort to end the Bosnia War, I highly recommend this book for policymakers and others who are interested in the region. It effectively explains, normalizes, and situates Bosnian Muslim’s national program. It describes their civic-leaning nationalism project and offers their vision of the survival and acceptance in the region, and the possibility of developing Bosnia-Herzegovina as a democratic state nation as opposed to a nation state.”—Robert E. Hunter, The American Academy of Diplomacy

Mirsad Kriještorac holds a PhD in Political Science from FIU’s School of International and Public Affairs, where he also teaches classes on Nationalism and Ethnicity as well as classes on International Protection of Human Rights. His research interest focuses on nationalism and the role of culture in politics, and he has published works on these topics. His book on Bosnian Muslim and their Bosniak Identity, the first ever on the topic, is published in September of 2022 by the University of Michigan Press. Kriještorac is now an assistant professor of Political Science at Broward College. He is also a Research Fellow at the Jaffer Center for Muslim World Studies at the Green School of International and Public Affairs. As a public intellectual, he frequently presents nationally and internationally at public forums on relevant political issues and serves his communities in various ways. He can be reached at: [email protected]