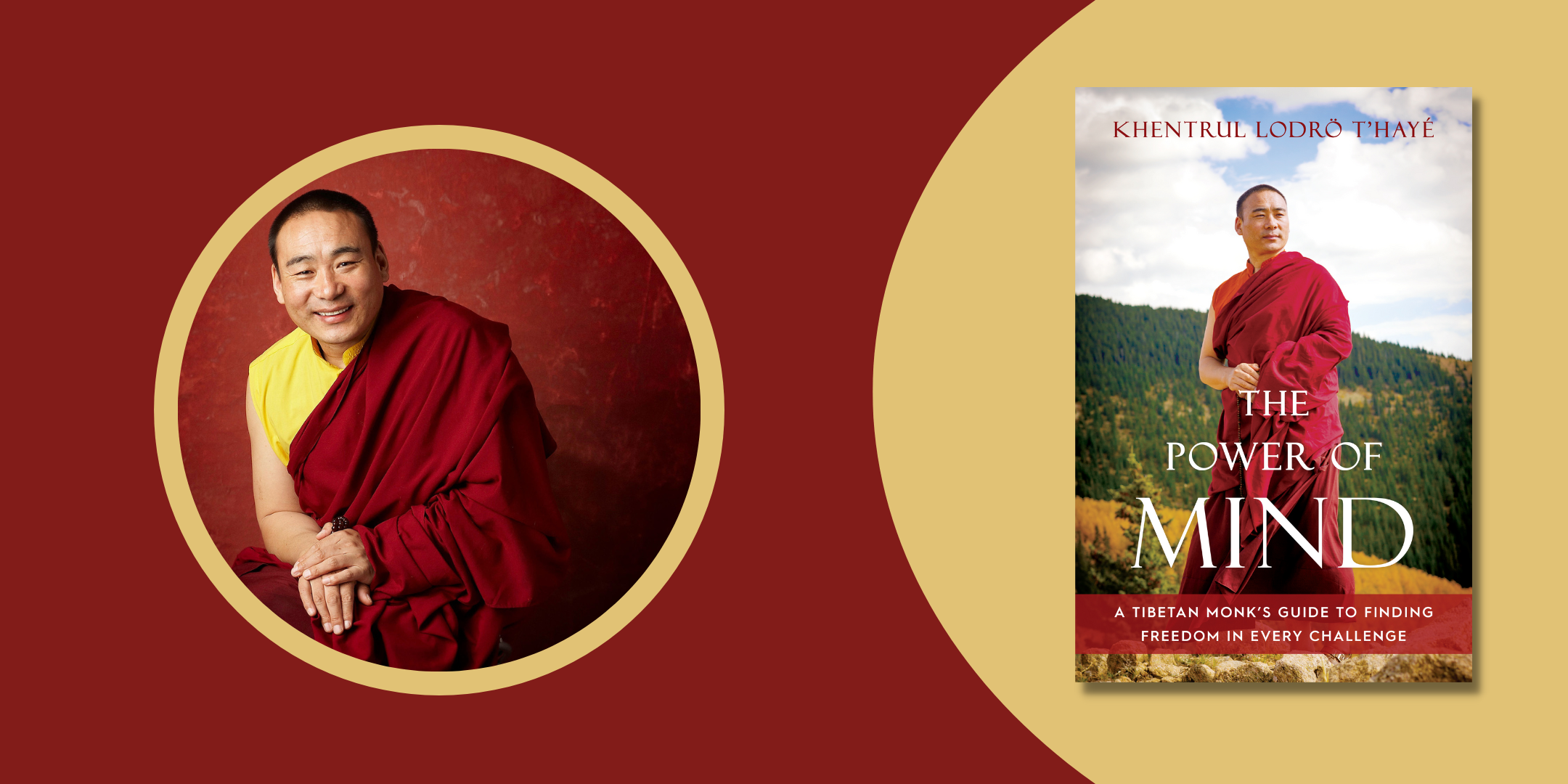 The Power of Mind: A Tibetan Monk’s Guide to Finding Freedom in Every Challenge 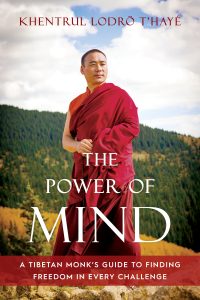 A modern guide to lojong—ancient Buddhist techniques for transforming all circumstances, including  pain, anxiety, and stress, into mental well-being that benefits us and the people around us.

We’ve all heard platitudes about cultivating love and compassion, but how can we actually develop these qualities in ourselves and—crucially—share them in our world? The Power of Mind provides the proven path of lojong, or mind training, for changing our experience from the inside out.

Regardless of what’s happening in our lives, Khentrul Rinpoche teaches that our route to freedom lies in our minds. A thousand years ago, the Indian saint Atisha risked his life to seek out lojong teachings in Indonesia, and then brought them to Tibet, where they flourished and spread to the rest of the world. This book introduces those teachings—the Seven Key Points of Mind Training—which have been passed down from teacher to student for centuries. Khentrul Rinpoche was inspired by his own teachers, who like alchemists, were able to follow these techniques during the Cultural Revolution and transform their immense suffering into something positive.

The Power of Mind guides the reader through these transformative practices one by one—from recognizing the value of our human life to overcoming the sources of suffering, together with meditation advice for incorporating these insights into our daily lives. This wisdom is accessible to everyone—whether Buddhist or not. As Khentrul Rinpoche states, “Peace and happiness can be attained, but not by searching for something in the outside world. They start within us then extend out to the entire globe.”

The Power of Mind is a modern guide to lojong—ancient Buddhist techniques for transforming all circumstances, including pain, anxiety, and stress, into mental well-being that benefits us and the people around us.

Khentrul Rinpoche has thousands of students around the country, including in Miami, and he gives public talks around the world. His public talks, which include a Q&A, attract both Buddhists and non-Buddhists alike. Rinpoche offers advice on how to transform hardships – from mundane challenges to the collective crises we face in our world today – so that people can experience less suffering and more happiness.

Rinpoche speaks proficient English and is fluent in Tibetan, his mother tongue. His translator, Paloma Lopez Landry, has been working with him for 20 years. She is able to both alternate between the two languages and, as needed, simultaneously translate Tibetan into English while Rinpoche speaks (which is a marvel in itself to witness).

Khentrul Rinpoche studied with several great masters in Asia and his knowledge, sense of humor and kind nature have endeared him to his students in the United States, Australia, and South Africa where he has been teaching for more than two decades.

KHENTRUL LODRÖ T’HAYÉ RINPOCHE is a Tibetan monk and the director of the United States-based nonprofit, Katog Choling, A Tibetan Cultural Center. Khentrul Rinpoche oversees more than twenty meditation groups across North America and in China, Australia, and South Africa, as well as a large retreat center in the mountains of northwest Arkansas. He is also the abbot of a monastery in Tibet, where he established a Buddhist university, a three-year retreat center, a primary school, and other community outreach programs.

Khentrul Rinpoche was born in Tibet in 1965, toward the end of the great famine, in the middle of the cultural revolution. At that time, the practice of Buddhism was not allowed, so practitioners in the generation directly preceding his were denied a traditional Buddhist education. Even so, when Khentrul Rinpoche was a toddler, he was recognized as a reincarnate master, or tulku. Due to the religious restrictions, this recognition was kept secret. When he was seven, he privately took the traditional vows of ordination. Slowly, policies relaxed, and by the time Rinpoche was a teenager, dharma teachings had recommenced. He was allowed to wear robes and took the opportunity to study with the last generation of great masters, those who received training prior to the cultural revolution. These masters, his teachers, have shown through their examples how to tame the mind and transform adversity in the face of enormous hardship. Khentrul Rinpoche’s beloved principal root guru is His Holiness Jigmé Phuntsok Rinpoche. Other primary teachers who have cared for him with great kindness include His Holiness Katog Moksa Tulku and His Holiness Drubwang Padma Norbu Rinpoche.

Khentrul Rinpoche is one of the only khenpos in the world to hold three khenpo degrees, the equivalent of three PhDs in Buddhist philosophy. Two of his degrees were awarded by the “Ivy League” of Nyingma Buddhist universities Larung Gar in Tibet and Namdrol Ling in India. His third khenpo degree came from Katog Monastery, the mother monastery of the Katog lineage. During the course of Khentrul Rinpoche’s extensive Buddhist education, he took full ordination as a monk, spent several years in solitary retreat, and became one of the principle abbots of his family monastery.

In 2002, Khentrul Rinpoche was invited to the United States to start a shedra, a course for studying the traditional texts on Buddhist philosophy. This has continued every year since and has become his annual fall teaching. Although Rinpoche’s extensive knowledge enables him to teach on any philosophical treatise—up to the most advanced subject matter—he chooses to focus largely on mind training, finding these techniques most relevant and effective today. This has earned him the nickname “The Mind Training Khenpo.” And these are the practices Khentrul Rinpoche passes on to us like a lifeline in turbulent and disturbing times.