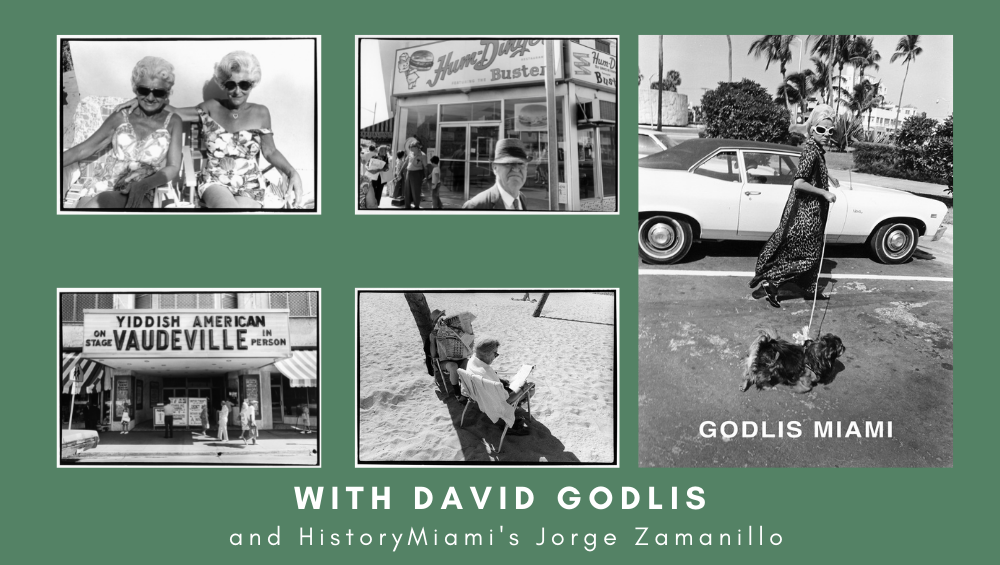 In-Person: An Evening with GODLIS and Jorge Zamanillo

In conversation with Jorge Zamanillo 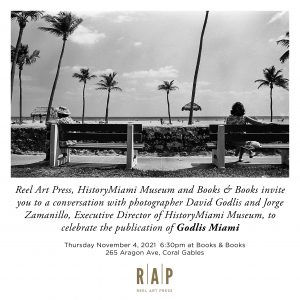 Please be aware that at this time, masks are still required inside for all our events by all patrons. Event attendance is capped at 40 for our safety. Thank you for your cooperation. 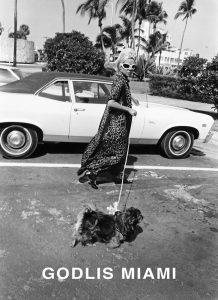 In January 1974, David Godlis, then a 22-year-old photo student, took a ten-day trip to Miami Beach, Florida. Excited to visit an area he had frequented a decade earlier as a kid, Godlis set his sights on an area of art deco hotels, a Jewish retiree enclave on the expansive beaches facing the Atlantic Ocean. These retirees, all dressed up in their best beach outfits, would spend their days on lounges and lawn chairs, playing cards amid the sunshine and palm trees. Photographing this somewhat surrealistic scene, Godlis discovered his own street photography style—an eclectic mix of Robert Frank, Diane Arbus, Garry Winogrand and Lee Friedlander. Godlis shot 50 rolls of black-and-white film in just ten days, making his way up and down the beaches, photographing what he didn’t know then was essentially the end of an era. The area he photographed in 1974 is now the infamous South Beach. This volume reproduces this account of a vanished Miami Beach for the first time.

Born in New York City in 1951, David Godlis picked up his first camera in 1970. He stumbled into the burgeoning punk scene at CBGB on the Bowery in the mid-1970s, where, after seeing Brassaï’s photographs of 1930s Paris, he began to photograph with long handheld exposures under the Bowery streetlights, portraying the Ramones, Television, Richard Hell and Blondie, documented in his first book History Is Made at Night. Since the late 1980s he has been the unofficial official photographer for the Film Society of Lincoln Center, covering the New York Film Festival.

David GODLIS (born 1951 in New York City), is one of the most seasoned and important street photographers of his generation. The veteran artist picked up his first camera in 1970, becoming enamored with the street work of Robert Frank, Diane Arbus, Garry Winogrand, and Lee Friedlander, amongst others. Godlis stumbled into the burgeoning punk scene at CBGB on the Bowery in the mid 1970s. And after seeing Brassai’s photographs of Paris in the 1930s, he began to photograph that scene with long handheld exposures under the Bowery streetlights. It was this technique that secured now-iconic grainy black and white photographs of the 1970s punk bands at CBGB, including The Ramones, Television, Richard Hell, and Blondie, documented in his first book History Is Made At Night. From the late 1980s until today he has been the unofficial official photographer for the Film Society of Lincoln Center, covering the New York Film Festival for the last 30 years. Meanwhile, he continues to document the streets of New York. His book Godlis Streets was named one of the Best Art Books of the Year in 2020 by The New York Times.

Jorge Zamanillo is the Executive Director of HistoryMiami Museum. He joined HistoryMiami Museum in 2000 and has curated numerous exhibitions over the past 16 years, including the renovation of the museum’s prehistory and archaeology section First Arrivals, Crime in Miami, and the award-winning exhibition Operation Pedro Pan: The Cuban Children’s Exodus.  In November 2016, Zamanillo transitioned to the Executive Director/CEO role and is now responsible for overseeing the continued growth and vision for the museum.