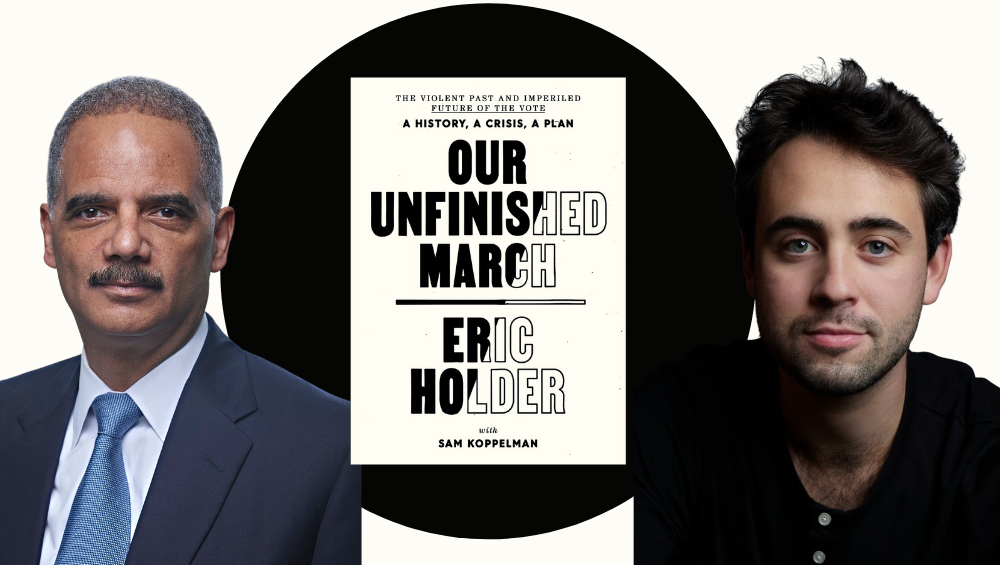 An IN-PERSON Evening with Eric Holder and Sam Koppelman

The Violent Past and Imperiled Future of the Vote-A History, a Crisis, a Plan

This event is FREE and open to the public and books will be available for purchase at the event. There will not be a signing following the event though signed books are available while supplies last. 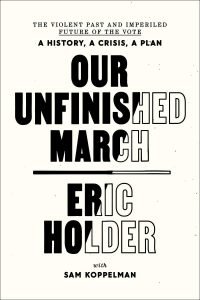 The dramatic history of the vote in America and an urgent summons to protect and perfect our democracy, from the former attorney general of the United States and leading voting rights advocate

How did we get the vote? How do we keep it? And how do we improve it? Voting is our most important right as American citizens–“the right that protects all the others,” as Lyndon Johnson famously said when he signed the Voting Rights Act–but also the one that has been most violently contested throughout American history. Since the gutting of the Voting Rights Act in the Shelby County v. Holder case in 2013, states across the country have passed laws restricting the vote. After the Trump effort to overturn the 2020 election, and the insurrection that followed, that effort has gone into overdrive, including twenty laws around the country just in the first half of 2021. The vote seems to be in unprecedented peril.

But the peril is actually not at all unprecedented. America is a fragile, fledgling democracy, Eric Holder argues; its citizens have only had unfettered access to the ballot since the 1960s. The vote has always been this country’s main political–and sometimes literal–battleground. Holder takes readers through three dramatic stories of how the vote was won–first by white men, through violence and insurrection; then by white women, through tax strikes, direct action protests, and mass imprisonments; and finally by African Americans, in the face of lynchings, terrorism, and assassinations. He then dives into dramatic stories of how the vote has been stripped away from Americans since Shelby (a case in which Holder himself was the plaintiff). And he ends with visionary chapters on ways we can reverse the tide of voter suppression and realize our destiny as a true democracy.

Full of surprising and rousing history, an intense analysis of the present, and a hopeful action plan for the future, this is a powerful primer on our most urgent political struggle from the perspective of one of the country’s leading advocates.

Eric Holder serves as Chairman of the National Democratic Redistricting Committee. Holder is an internationally recognized leader on a broad range of legal issues and a staunch advocate for civil rights. He served in the Obama Administration as attorney general of the United States from February 2009 to April 2015, the third-longest-serving Attorney General in U.S. history and the first African American to hold that office.

Sam Koppelman is a New York Times bestselling author who served as director of surrogate speechwriting on the Biden-Harris campaign. A graduate of Harvard College, he is now a principal at Fenway Strategies, where he has spent half a decade telling the stories of people working to make the world a better place.