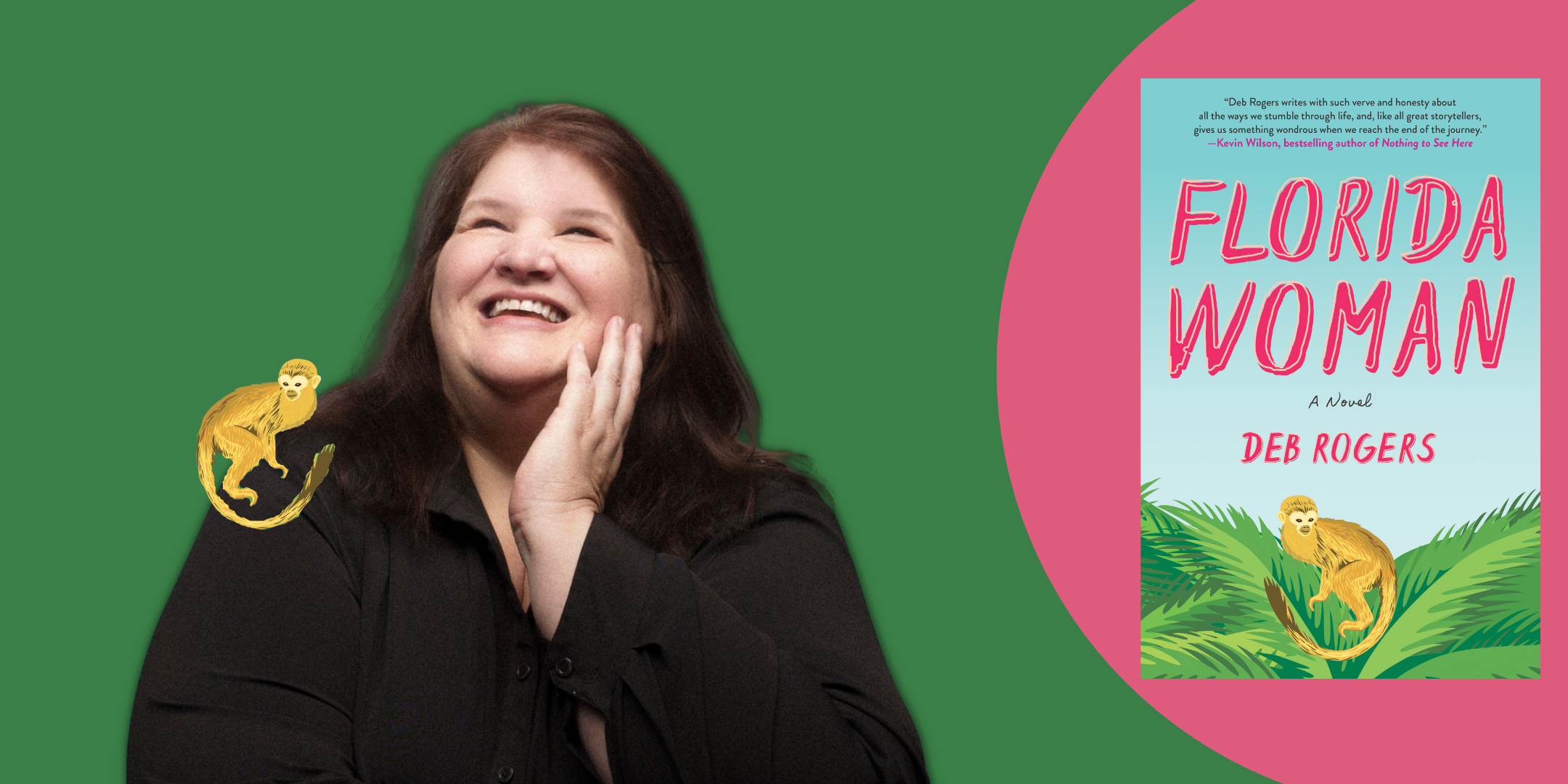 In Person: An Evening with Deb Rogers | FLORIDA WOMAN

AN EVENING WITH DEB ROGERS

A gleefully dark and entertaining debut for fans of Kevin Wilson and Karen Russell, about one young woman’s sensational summer at a Floridian wildlife center for exotic monkeys

Jamie is a Florida Woman. She grew up on the beach, thrives in humidity, has weathered more hurricanes than she can count, and now, after going viral for an outrageous crime she never meant to commit in the first place, she has the requisite headline to her name. But when the chance comes for her to escape viral infamy and imminent jail time by taking a community service placement at Atlas, a shelter for rescued monkeys, it seems like just the fresh start Jamie needs to finally get her life back on track — until it’s not.

Something sinister stirs in the palmetto woods surrounding her cabin, and secrets lurk among the three beguiling women who run the shelter and affectionately take Jamie under their wing for the summer. She hears the distant screams of monkeys each night; the staff perform cryptic, lakeside sacrifices to honor Atlas; and the land, which has long been abandoned by citrus farmers and theme park developers alike, now proves to be dangerously, relentlessly untamed.

As Jamie ventures deeper into the offbeat world and rituals of Atlas, her summer is soon set to inspire an even stranger Florida headline than she ever could’ve imagined.

DEB ROGERS is a diversity consultant and freelance writer in St. Augustine, Florida. She was previously the Pop Culture editor of SheKnows, national producer of the Listen to Your Mother Show storytelling series, and LGBTQ Community Leader for BlogHer, where she was the host of the annual Queerosphere gathering. She tweets at @debontherocks.