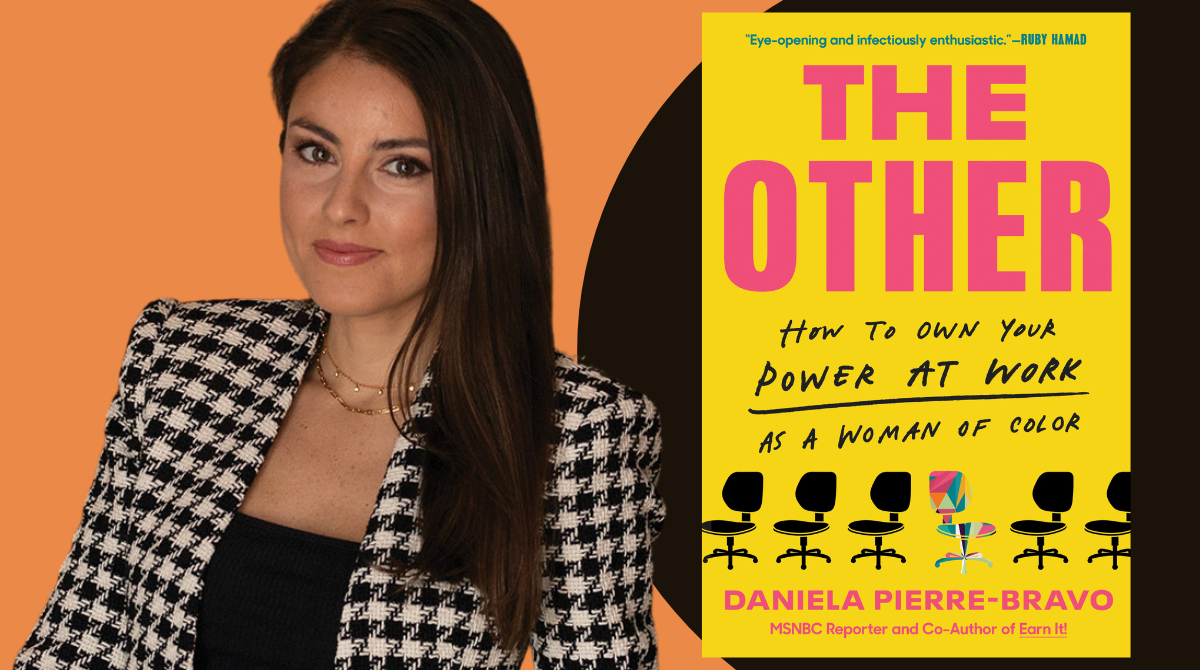 AN EVENING WITH DANIELA PIERRE-BRAVO

The Other: How to Own Your Power at Work As a Woman of Color 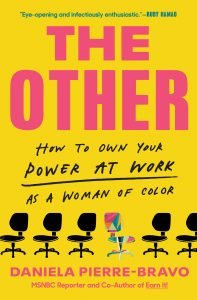 You know that feeling of not belonging when you have so much to say at a work meeting? For women of color and children of immigrants, being the “the other” at work fuels an unyielding need to fit in. This false feeling of inadequacy in traditional workplaces causes you to adapt and develop “a keep your head down” or “stay in your lane” mentality in order to hold on to the job you’ve worked so hard to attain. Sometimes that “yes” girl mentality can get you a seat at the table, but can lead to being overwhelmed, overworked, and overlooked when bigger roles come around.

Bestselling author and MSNBC reporter Daniela-Pierre Bravo spent many years undocumented and in the shadows as an immigrant from Chile, working odd jobs to pay her way through school. Like many other women of color, immigrants, and children of immigrants she became an expert shape shifter in order to chameleon her way around professional environments that felt out of reach. When Daniela became a DACA recipient, she finally felt that she’d made it, rising through the ranks in her career. But she quickly realized that no matter how much success she achieved, she always felt she had to prove her worth as “the other.”

In The Other, Daniela shares her journey and those of other women to help you recognize your power through your own eyes instead of the traditional white gaze in the workplace. She drives you to reshape the way you think about career advancement without losing your sense of identity and how to use your differences as an advantage. Smart, revealing, and loaded with practical steps, The Other is a framework for how to effectively advocate for yourself, become your biggest believer, claim the spaces in your career that are rightfully yours, and create your own vision of success.

Daniela Pierre-Bravo is a best-selling author, public speaker and MSNBC reporter for Morning Joe. She is a contributor and producer for NBC’s “Know Your Value” platform and co-author of Earn It!. A former Cosmopolitan magazine columnist, Pierre-Bravo has written on career advice, mental health, and financial wellness with an emphasis on women of color. Her work has been featured on the Today Show, Telemundo, Forbes, Cosmopolitan, Refinery29, New York Magazine, and more. She lives in New York City with her rescue dog, Benji.