In-Person: An Evening with Chris Wilhelm

AN EVENING WITH CHRIS WILHELM

with a special introduction by

From Swamp to Wetland: The Creation of Everglades National Park

Join us in-person at Books & Books as Chris Wilhelm discusses his latest book. 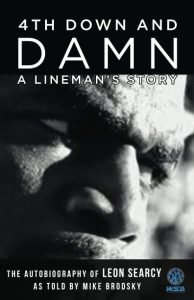 This book chronicles the creation of Everglades National Park, the largest subtropical wilderness in the United States.

This effort, which spanned 1928 to 1958, was of central importance to the later emergence of modern environmentalism. Prior to the park’s creation, the Everglades was seen as a reviled and useless swamp, unfit for typical recreational or development projects. The region’s unusual makeup also made it an unlikely candidate to become a national park, as it had none of the sweeping scenic vistas or geological monuments found in other nationally protected areas.

Park advocates drew on new ideas concerning the value of biota and ecology, the importance of wilderness, and the need to protect habitats, marine ecosystems, and plant life to redefine the Everglades. Using these ideas, the Everglades began to be recognized as an ecologically valuable and fragile wetland–and thus a region in need of protective status.

While these new ideas foreshadowed the later emergence of modern environmentalism, tourism and the economic desires of Florida’s business and political elites also impacted the park’s future. These groups saw the Everglades’ unique biology and ecology as a foundation on which to build a tourism empire. They connected the Everglades to Florida’s modernization and commercialization, hoping the park would help facilitate the state’s transformation into the Sunshine State. Political conservatives welcomed federal power into Florida so long as it brought economic growth.

Yet, even after the park’s creation, conservative landowners successfully fought to limit the park and saw it as a threat to their own economic freedoms. Today, a series of levees on the park’s eastern border marks the line between urban and protected areas, but development into these areas threatens the park system. Rising sea levels caused by global warming are another threat to the future of the park. The battle to save the swamp’s biodiversity continues, and Everglades Park stands at the center of ongoing restoration efforts.

CHRIS WILHELM is an environmental historian who studies modern Florida.  He was born and raised in Miami and is a graduate of Christopher Columbus High School and Florida International University.  He earned his Ph.D is 2010 from Florida State University and is currently an Associate Professor of History at The College of Coastal Georgia.

DR. JOSÉ FRANCISCO BARROS  is an Endodontist who has practiced in South Florida since 1987. He joined Tropical Audubon Society in the late 1980s, was asked onto the Board in 1992, and was elected TAS president in 2002.

Born in Spain after his family returned to their homeland from Cuba to escape the Castro-led Revolution, José and his family then immigrated to the United States in 1962, settling in Jacksonville, Florida, where “Joe” grew up on the North Florida beaches and along the St. Johns River. It was here that he became enchanted by Nature. As a child exploring the great outdoors, he learned to identify local fish, snakes and birds. As a boy scout, he enjoyed hiking and camping. Primed by his interactions with wildlife, Joe attended University of Florida, where he received a B.S. in Zoology, followed by a stint at Emory University, where he received a Dentistry degree in 1987; he next earned an Endodontics Certificate from Nova Southeastern University in 1999.