In-Person: An Evening with Catherine Mas

AN EVENING WITH CATHERINE MAS

Culture in the Clinic: Miami and the Making of Modern Medicine (Studies in Social Medicine)

Books & Books and FIU’s Cuban Research Institute are thrilled to present an evening with Catherine Mas discussing her new book: CULTURE IN THE CLINIC (University of North Carolina Press, $29.95). 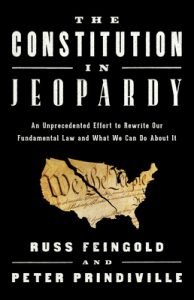 After the 1959 Cuban Revolution, hundreds of thousands of Cuban refugees came to Miami. With this influx, the city’s health care system was overwhelmed not just by the number of patients but also by the differences in culture. Mainstream medicine was often inaccessible or inadequate to Miami’s growing community of Latin American and Caribbean immigrants. Instead, many sought care from alternative, often unlicensed health practitioners. During the 1960s, a recently arrived Cuban feeling ill might have visited a local clinica, a quasi-legal storefront doctor’s office, or a santero, a priest in the Afro-Cuban religion of Lukumi or Santeria. This exceptionally diverse medical scene would catch the attention of anthropologists who made Miami’s multiethnic population into a laboratory for cross-cultural care.

By the 1990s, the medical establishment in Miami had matured into a complex and culturally informed health-delivery system, generating models of care that traveled far beyond the city. Some clinicas had transformed into lucrative HMOs, Santeria became legally protected by the courts, and medical anthropology played a significant role in the rise of global health. Catherine Mas shows how immigrants reshaped American medicine while the clinic became a crucial site for navigating questions of wellness, citizenship, and culture.

Catherine Mas, Ph.D., is Assistant Professor of Modern American History at Florida International University. Her research and teaching focus on the intersections of medicine, race, and religion in the U.S.-Caribbean context. She received her Ph.D. in History from Yale University in 2019, graduating from Yale’s Program in the History of Science and Medicine.