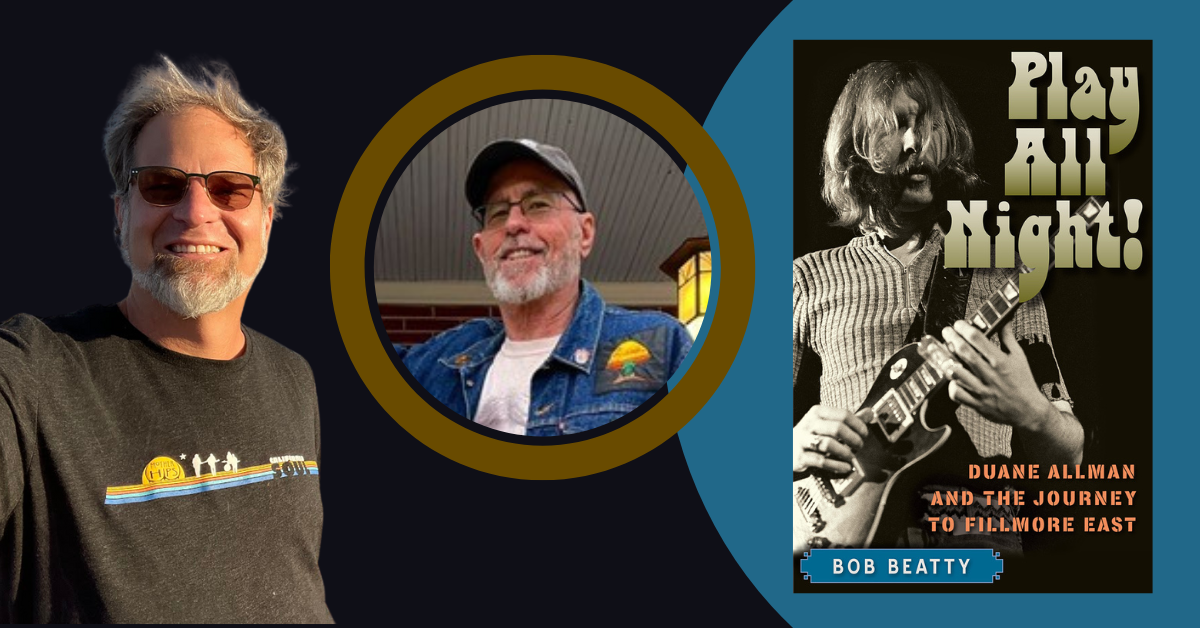 In-Person | An Evening with Bob Beatty and John Lynskey

AN EVENING WITH BOB BEATTY

Play All Night!: Duane Allman and the Journey to Fillmore East

Please note: This event is free and open to the public. The event will take place at Books & Books, Coconut Grove. Can’t make the event? BUY THE BOOK ONLINE HERE and we’ll have it shipped to your door. 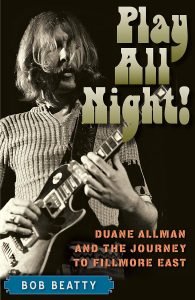 The 1971 Allman Brothers Band album At Fillmore East was a musical manifesto years in the making. In Play All Night , Bob Beatty dives deep into the motivations and musical background of band founder Duane Allman to tell the story of what made this album not just a smash hit, but one of the most important live rock albums in history.

Featuring insights from bootleg tapes, radio ads, early reviews, never-before-published photos, and the memories of band members, fans, and friends, Beatty chronicles how Allman rejected the traditional route of music business success–hit singles and record sales–and built a band that was at its best jamming live on stage, feeding off the crowd’s energy, and pushing each other to new heights of virtuosic improvisation. Every challenge, from recruiting a group of relatively unknown but established musicians like Jaimoe and Dickey Betts, touring the American South as an interracial band, and the failure of their first two studio albums, sharpened Allman’s determination to pursue the band’s truly unique sound. He made a bold choice–to record their next album live at Bill Graham’s famous concert hall in New York’s Lower East Side, a gamble that launched a new strand of American music to the top of the charts.

Four days after the album went gold, Duane Allman was killed in a motorcycle accident. He was 24. This book explores how At Fillmore East cemented Allman’s legacy as a strong-willed, self-taught visionary, giving fans of Southern rock and all readers interested in the role of rock music in American popular culture a new appreciation for this pathbreaking album.

Music obsessive. History Geek. Southerner. Guitar Player. Public Historian. Teacher. Writer. Fan, BOB BEATTY grew up devouring his mom’s Beatles’ and dad’s Hank Williams and bluegrass records. Throughout his life he’s interwoven his love of punk rock, the Allman Brothers Band, and the Jam Depression collective as a historian, fan, and musician and it was only a matter of time that enduring passion culminated in a Ph.D. and publication of “Play all Night!” Duane Allman and the Journey to Fillmore East. A cultural entrepreneur, Bob spent more than 25 years working in nonprofits and museums in senior leadership roles before he founded the Lyndhurst Group in 2016. As a public historian, a musician, a storyteller, and a family man, Bob focuses on what brings people together as a community and as citizens of the world through the unending conversation.

JOHN LYNSKEY first became associated with the Allman Brothers Band in 1995, when he was named Editor of Hittin’ the Note magazine, the group’s music publication. John was contributing author of My Cross to Bear, Gregg Allman’s best-selling autobiography. He has co-produced over a dozen archival releases for the band, and now is the official historian/curator for the Allman Brothers Band Museum at the Big House in Macon, GA.