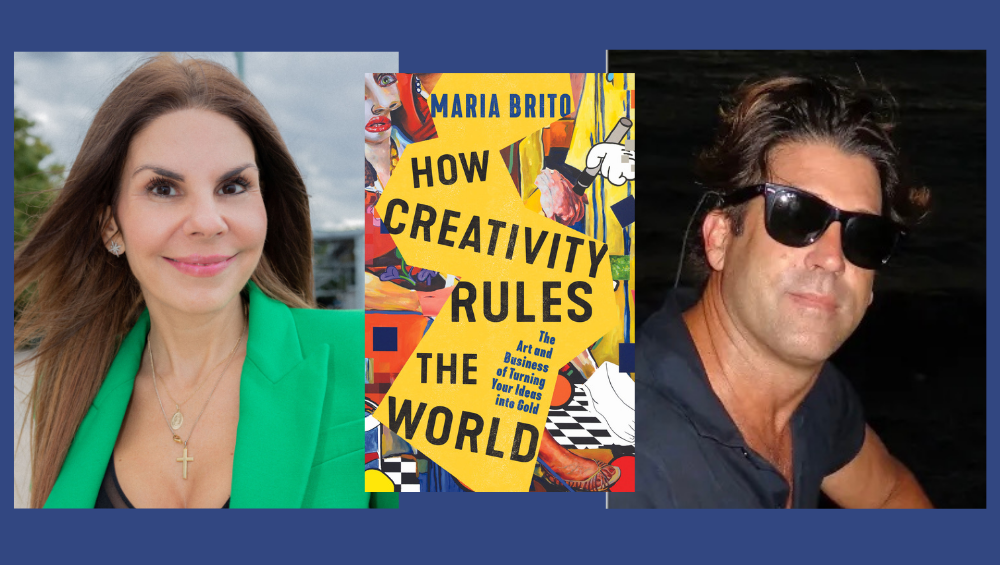 How Creativity Rules the World: A Virtual Evening with Maria Brito and Carlos Betancourt

A Virtual Evening with Maria Brito

How Creativity Rules the World: The Art and Business of Turning Your Ideas Into Gold 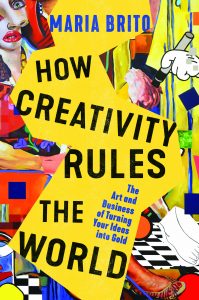 Learn to make creativity work for your career.

Maria Brito illustrates how creativity is merely a series of habits, actions, and attitudes that anyone can develop—regardless of who you are or what you do.
There has never been a more crucial time than now to develop your creativity and your ability to innovate.Coming up with original ideas of value is today’s most precious skill.Contrary to a myth that has been unfairly perpetuated, creativity can be taught and learned by anyone. How Creativity Rules the World builds the case for creativity as an inexhaustible resource available to everyone and proves that it is the key to thriving in the business world and beyond.With revealing studies and stories spanning business and art, How Creativity Rules The World is a deep dive into history, culture, psychology, science, and entrepreneurship; breaking down and analyzing the elements used by some of the most creative minds throughout the last 600 years.Maria Brito discovered the power of creativity when she transitioned from being an unhappy Harvard-trained corporate lawyer to a thriving entrepreneur and innovator in the art world. She flipped the barrenness around her to emerge as one of the most well-known disruptors in the art world.With this book, you will learn how to:

After applying the principles in How Creativity Rules the World to her own business, she started teaching them to hundreds of people, ranging from entrepreneurs to artists to CEOs. As evidenced by her students’ creative successes, Maria knows that this timeless guide will allow others to strike gold with their ideas.

How Creativity Rules the World
promises to make the creative process of successful seven-figure artists and billion-dollar entrepreneurs—as well as Maria’s own—accessible and actionable for you to take the power of their ideas to the next level.

Maria Brito is a New York-based contemporary art advisor, author, and curator. She is a Harvard Law School graduate, originally from Venezuela. Brito was selected by Complex Magazine as one of the 20 Power Players in the Art World and she was named by ARTNEWS as “one of the innovators who gets to shape the art world.” She has written for publications such as Entrepreneur, HuffPost, Elle, Artnet, Forbes, Cultured Magazine, Departures, Goop, and The Gulf Coast Journal of Literature and Fine Arts from the University of Houston, Texas.

Maria has curated art exhibitions in three continents and also created and hosted The “C” Files with Maria Brito, a TV and streaming series for PBS’s station ALL ARTS

For several years, Maria has taught variations of her creativity class in companies and also  designed and launched Jumpstart, a comprehensive online program on creativity for artists, freelancers, managers and entrepreneurs based on years of practical work, research, and observation in both the worlds of business and art.

She lives in New York City with her husband and two sons.

Carlos Betancourt (born San Juan, Puerto Rico 1966) is an American artist who has resided in Miami for several decades. His artworks explore issues of memory,  and his own experiences, while also dwelling in issues of nature, the environment and matters of beauty, identity and communication. By means of re-examination, he recycles and reinterprets the past by delivering it in a fresh and new relevant context.

In October 2015, ”Carlos Betancourt: Imperfect Utopia” was published by Skira/Rizzoli.

He is the recipient of numerous awards and grants, including the Florida Department of State Millennium Cultural Recognition Award, a National Endowment for the Arts Grant, Bas-Fisher Invitational Grant, the Florida Prize on Contemporary Art People Choice Award, and the Miami Beach Arts Council Grant. He has worked as a curator, furniture designer and has collaborated in architectural and site-specific private and public commissions with architect Alberto Latorre.