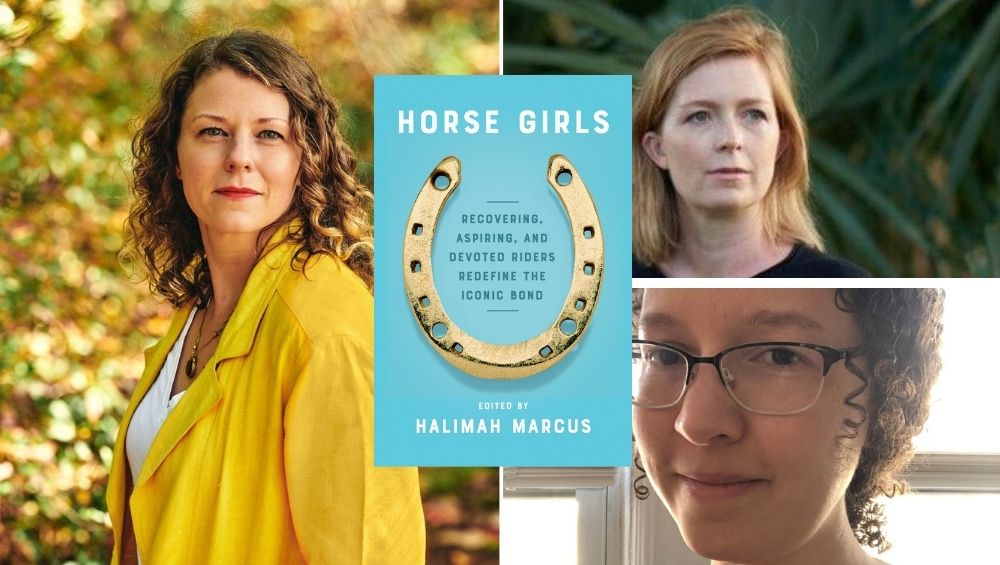 An Evening with Halimah Marcus

In conversation with C. Morgan Babst and Sarah Enelow-Snyder

A compelling and provocative essay collection that smashes stereotypes and redefines the meaning of the term “horse girl,” broadening it for women of all cultural backgrounds.

As a child, horses consumed Halimah Marcus’ imagination. When she wasn’t around horses she was pretending to be one, cantering on two legs, hands poised to hold invisible reins. To her classmates, girls like Halimah were known as “horse girls,” weird and overzealous, absent from the social worlds of their peers.

Decades later, when memes about “horse girl energy,” began appearing across social media—Halimah reluctantly recognized herself. The jokes imagine girls as blinkered as carriage ponies, oblivious to the mockery behind their backs. The stereotypical horse girl is also white, thin, rich, and straight, a daughter of privilege. Yet so many riders don’t fit this narrow, damaging ideal, and relate to horses in profound ways that include ambivalence and regret, as well as unbridled passion and devotion.

Featuring some of the most striking voices in contemporary literature—including Carmen Maria Machado, Pulitzer-prize winner Jane Smiley, T Kira Madden, Maggie Shipstead, and Courtney Maum—Horse Girls reframes the iconic bond between girls and horses with the complexity and nuance it deserves. And it showcases powerful emerging voices like Braudie Blais-Billie, on the connection between her Seminole and Quebecois heritage; Sarah Enelow-Snyder, on growing up as a Black barrel racer in central Texas; and Nur Nasreen Ibrahim, on the colonialist influence on horse culture in Pakistan.

By turns thought-provoking and personal, Horse Girls reclaims its titular stereotype to ask bold questions about autonomy and desire, privilege and ambition, identity and freedom, and the competing forces of domestication and wildness. 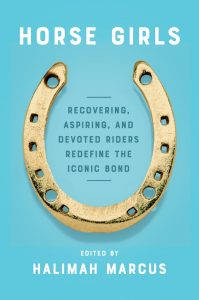 Halimah Marcus’s short stories and essays have appeared in One Story, BOMB, the Literary Review, Amazon Original Stories, the Out There podcast, Indiana Review, Gulf Coast, the Southampton Review, and elsewhere. She is the executive director of Electric Literature, an innovative digital publishing nonproﬁt, and the editor in chief of its weekly ﬁction magazine, Recommended Reading, which she cofounded. She has an MFA from Brooklyn College and lives in the Catskill region of New York.

Morgan Babst is a native of New Orleans. She studied writing at Yale and NYU, and her essays and short ﬁction have appeared in the Washington Post, Saveur, the Oxford American, Guernica, Garden and Gun, and the Harvard Review, among others. Her debut novel, The Floating World, was named one of the best books of 2017 by Kirkus, Amazon, Southern Living, and the Dallas Morning News and was a New York Times Editors’ Choice.

Sarah Enelow-Snyder is a freelance writer who grew up in Spicewood, Texas, and has lived in the New York area for the last ﬁfteen years. She has bylines in the New York Times, the Washington Post, Condé Nast Traveler, High Country News, theGrio, and many others.