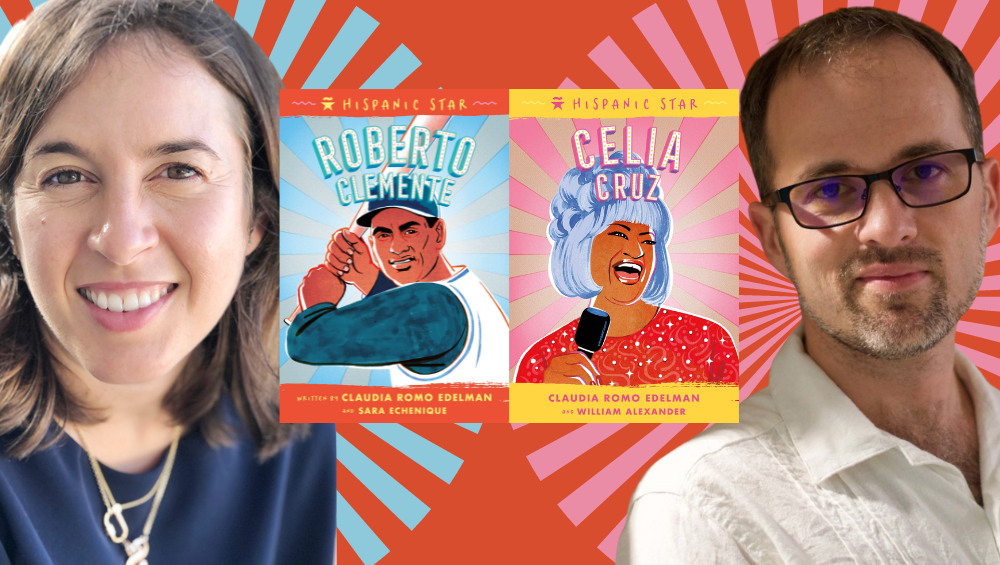 A Virtual Evening with Sara E. Echenique and William Alexander

Read about Puerto Rican Baseball Hall of Famer Roberto Clemente in Hispanic Star: Roberto Clemente, and learn the most groundbreaking, iconic Hispanic and Latinx heroes that have shaped our culture and the world in this gripping biography series for young readers, perfect for fans of the Who Was series.

Meet Puerto Rican Baseball Hall of Famer Roberto Clemente, once just a kid from Carolina, Puerto Rico, who loved to play baseball on the streets of his hometown with friends and family. As a right fielder, Roberto played eighteen seasons with Major League Baseball, but his life was tragically cut short when a plane he chartered to bring earthquake relief supplies to Nicaragua crashed. The first Latin American player to be inducted into the National Baseball Hall of Fame, Clemente paved the way for generations of Latinx athletes.

Hispanic Star proudly celebrates Hispanic and Latinx heroes who have made remarkable contributions to American culture and have been undeniable forces in shaping its future. 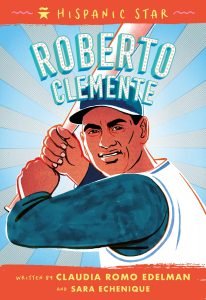 Read about “La Reina de la Salsa” in Hispanic Star: Celia Cruz, and learn the most groundbreaking, iconic Hispanic and Latinx heroes that have shaped our culture and the world in this gripping biography series for young readers, perfect for fans of the Who Was series.

Meet the Queen of Salsa, Celia Cruz—once just a girl from Havana, Cuba, who loved to sing. Her soulful voice, compelling charm, and unstoppable determination led to her meteoric rise to fame, opening the door for Latinx performers everywhere. Her booming career took her from the Sonora Matancera to the Fania All-Stars, with the rising popularity of salsa, a genre born of Afro-Cuban musical stylings. Six decades and more than seventy albums later, Celia’s influence still has an undeniable hold on today’s music.

Hispanic Star proudly celebrates Hispanic and Latinx heroes who have made remarkable contributions to American culture and have been undeniable forces in shaping its future. 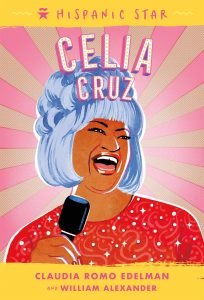 SARA E. ECHENIQUE is a Puerto Rican lawyer and children’s author living in South Florida with her three young children, husband, and their Puerto Rican rescue dog, Luna. She grew up with her siblings in Guaynabo, Puerto Rico and is proud to be passing on her Puerto Rican heritage to her children. She acquired a degree in English from Williams College and a law degree from the University of Michigan School of Law. After almost a decade practicing as a litigator in cold New York City, Sara decided to move her family to a place that felt more like her childhood home in Puerto Rico. She currently works as an attorney for an online retailer and writes children’s books at stop lights, while rocking her baby at three in the morning, and any other free time she can find. The Books & Books in Pinecrest, FL is responsible for a large chunk of the books in her home.
HISPANIC STARS: ROBERTO CLEMENTE is her debut middle grade book. In April 2023, Charlesbridge Publishing will publish OUR ROOF IS BLUE, Sara’s debut picture book, in both English and Spanish.

WILLIAM ALEXANDER is a National Book Award-winning, New York Times bestselling author who mostly writes unrealisms for middle grade audiences. His novels include Goblin Secrets, Ambassador, and A Properly Unhaunted Place. Additional honors include an Eleanor Cameron Award, an Earphones Award, two Junior Library Guild Selections, two CBC Best Children’s Book of the Year Awards, an International Latino Book Award finalist, and a Mythopoetic Award finalist, and a Cybils Award finalist. He studied theater and folklore at Oberlin College, English at the University of Vermont, and creative writing at Clarion. He now teaches at the Vermont College of Fine Arts program in Writing for Children and Young Adults.