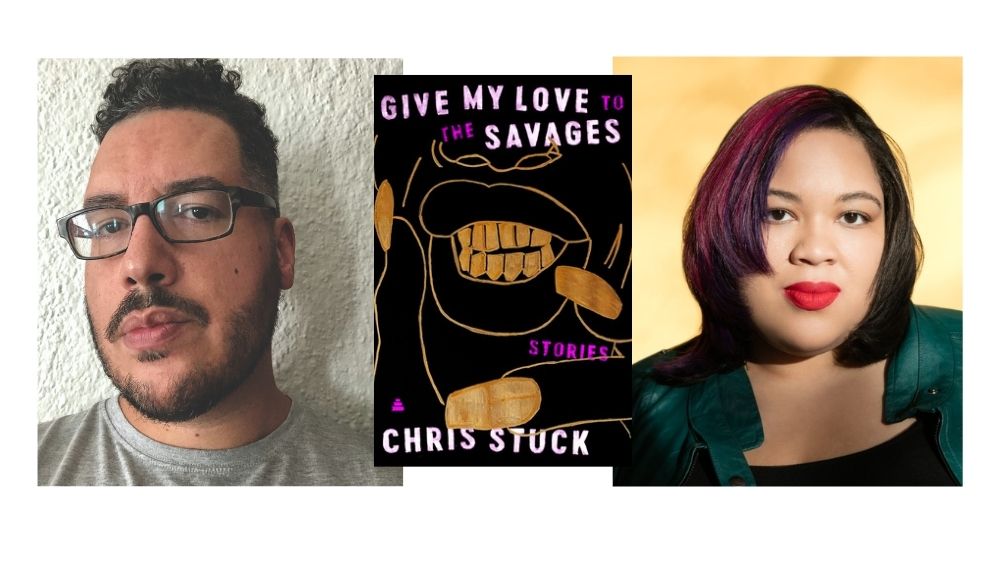 Give My Love to the Savages: An Evening with Chris Stuck and Danielle Evans

An Evening with Chris Stuck

In conversation with Danielle Evans

Give My Love to the Savages: Stories

A Black man’s life, told in scenes—through every time he’s been called nigger. A Black son who visits his estranged white father in Los Angeles just as the ’92 riots begin. A Black Republican, coping with a skin disease that has turned him white, is forced to reconsider his life. A young Black man, fetishized by an older white woman he’s just met, is offered a strange and tempting proposal.

The nine tales in Give My Love to the Savages illuminate the multifaceted Black experience, exploring the thorny intersections of race, identity, and Black life through an extraordinary cast of characters. From the absurd to the starkly realistic, these stories take aim at the ironies and contradictions of the American racial experience. Chris Stuck traverses the dividing lines, and attempts to create meaning from them in unique and unusual ways. Each story considers a marker of our current culture, from uprisings and sly and not-so-sly racism, to Black fetishization and conservatism, to the obstacles placed in front of Black masculinity and Black and interracial relationships by society and circumstance.

Setting these stories across America, from Los Angeles, Phoenix and the Pacific Northwest, to New York and Washington, DC, to the suburbs and small Midwestern towns, Stuck uses place to expose the absurdity of race and the odd ways that Black people and white people converge and retreat, rub against and bump into one another.

Ultimately, Give My Love to the Savages is the story of America. With biting humor and careful honesty, Stuck riffs on the dichotomy of love and barbarity—the yin and yang of racial experience—and the difficult and uncertain terrain Black Americans must navigate in pursuit of their desires. 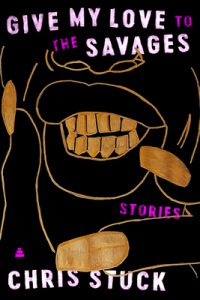 Chris Stuck is a freelance writer and editor living in Portland, Oregon. He earned an MFA in Fiction from George Mason University. He has been a fiction fellow at the Fine Arts Work Center in Provincetown, Massachusetts, the Callaloo Writer’s Workshop, and the Oregon Literary Arts Fellowship. He is a Pushcart Prize winner, and his work has been published or is forthcoming in American Literary Review, Bennington Review, Cagibi, Callaloo, Meridian, Natural Bridge, and StoryQuarterly.

Danielle Evans is the author of the story collections The Office of Historical Corrections and Before You Suffocate Your Own Fool Self. Her first collection won the PEN American Robert W. Bingham Prize, the Hurston-Wright award for fiction, and the Paterson Prize for fiction; her second was a finalist for The Aspen Prize, The Story Prize, The Chautauqua Prize, and The Los Angeles Times Book prize for fiction. She is the 2021 winner of The New Literary Project Joyce Carol Oates Prize, a 2020 National Endowment for the Arts fellow, and a 2011 National Book Foundation 5 under 35 honoree. Her stories have appeared in magazines and anthologies including The Best American Short Stories and New Stories From The South. She teaches in The Writing Seminars at Johns Hopkins University.