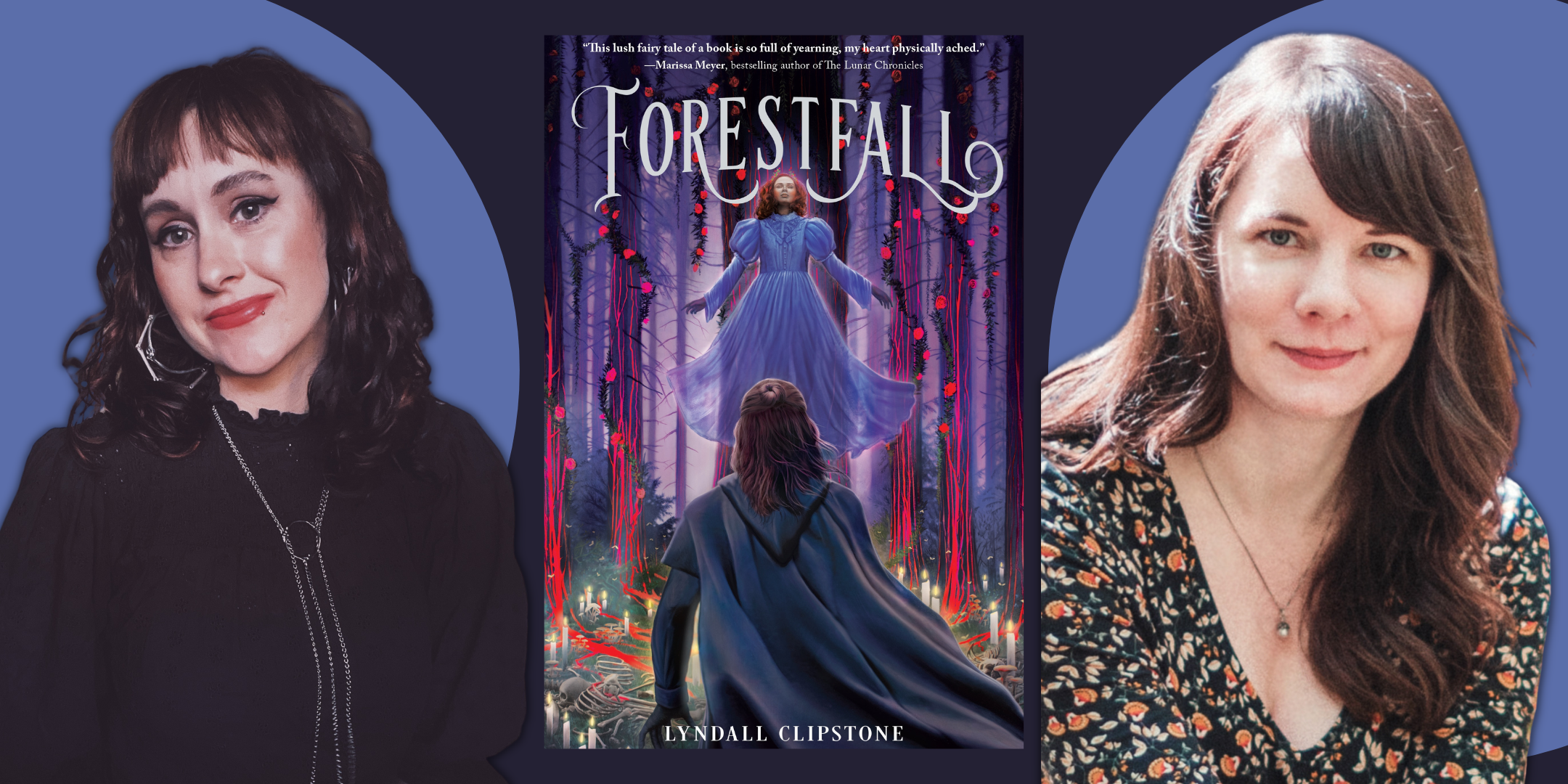 Forestfall: A Virtual Evening with Lyndall Clipstone and Emily Lloyd-Jones

Pre-order your own signed copy of Forestfall  for an exclusive swag item (signed books and item available while supplies last)! You can also pre-order the paperback for Lakesedge, the first book in the duology for a special signed bookplate (while supplies last)! Click the titles for a direct link to order from Books & Books!

At the lake’s edge, I made my promise. In the forest, I will fall.

The curse that haunted Lakesedge Estate has been broken, but at great cost. Violeta Graceling has sacrificed herself to end the Corruption.

To escape death, Leta makes a desperate bargain with the Lord Under, one that sees her living at his side in the land of the dead. And though he claims to have given her all he promised, Leta knows this world of souls and mists hides many secrets.

When she discovers she is still bound to Rowan, Leta goes to drastic lengths to reforge their connection. But her search for answers, and a path back home, will see her drawn into even more dangerous bargains, and struggling to resist the allure of a new, dark, power in Forestfall by Lyndall Clipstone.

LYNDALL CLIPSTONE writes about monsters and the girls who like to kiss them. A former youth librarian who grew up running wild in the Barossa Ranges of South Australia, she currently lives in Adelaide, where she tends her own indoor secret garden. She has a Bachelors in creative writing and a graduate diploma in library and information management.  lyndallclipstone.com

EIMLY LLOYD-JONES grew up on a vineyard in rural Oregon, where she played in evergreen forests and learned to fear sheep. She has a BA in English from Western Oregon University and a MA in publishing from Rosemont College. She currently resides in Northern California, where she enjoys wandering in redwood forests. Her young adult novels include Illusive, Deceptive, The Hearts We Sold, The Bone Houses, and The Drowned Woods.