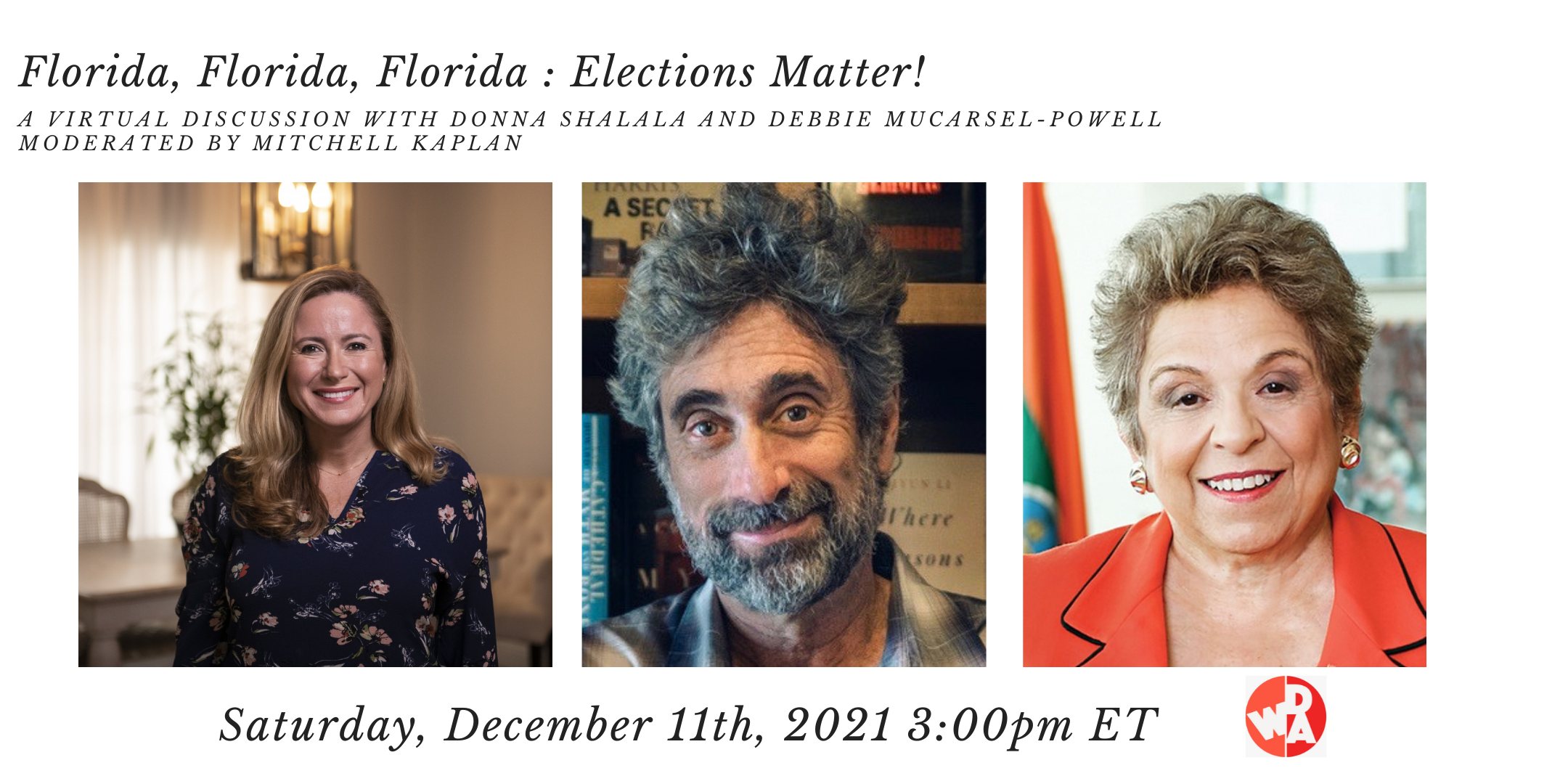 Watch a re-play of this conversation HERE

A Virtual Afternoon with Donna Shalala and Debbie Mucarsel-Powell

Join former Florida Members of Congress Donna Shalala and Debbie Mucarsel-Powell as they discuss what went wrong in 2020, where we are today and what we need to do to change the outcome in 2022.

DONNA SHALALA: A distinguished educator, she was President of the University of Miami (2001-2015), Chancellor of the University of Wisconsin-Madison (1987-1993), and President of Hunter College of the City University of New York (1980-1987). One of the most honored academics of her generation, she has been elected to seven national academies including the National Academy of Medicine, the National Academy of Education and the American Academy of Arts and Sciences. She has more than five dozen honorary degrees from American and International Universities. She is also a member of the Council on Foreign Relations.

One of the country’s first Peace Corps Volunteers, her public service also includes serving as Secretary of the US Department of Health and Human Services in the Clinton administration for eight years, and Assistant Secretary for Policy Development and Research in the Carter administration. She also represented Florida’s 27th District which includes most of Miami.

In 2008 President George W. Bush selected her as the recipient of the Presidential Medal of Freedom, the Nation’s highest civilian award. She was named “America’s Best Leaders” by U.S. News & World Report (2005), received the Nelson Mandela Award for Health and Human Rights (2010), and was inducted into the National Women’s Hall of Fame (2011).

Congresswoman Shalala received her A.B. from Western College for Women and her PhD from Syracuse University.

DEBBIE MUCARSEL-POWELL immigrated to the United States as a young girl with her mother and sisters – in search of opportunities to better their lives. Debbie has early memories of the one-room apartment they lived in, while her mother worked double shifts as a home health care provider and attended school in the evenings and on the weekends to learn English.

To help her family make ends meet, Debbie started working the early-morning shift at a doughnut shop starting when she was 15 years old. But even while Debbie worked her way through high school, her mom never let a job get in the way of working hard in school and earning the grades she needed to get a scholarship to attend Pitzer College where she studied Political Science. After completing her Bachelor’s Degree, Debbie worked as an office manager at a shipping company to save money to pay her way through graduate school. In 1996, Debbie graduated from Claremont University with a Master’s Degree in International Political Economy.

Debbie has spent the last twenty-years dedicated to improving the lives of underserved communities in Miami-Dade, working for non-profit organizations such as the Hope Center, Zoo Miami Foundation, and the Coral Restoration Foundation, and since 2003 at the College of Health at Florida International University and, since its inception, the Herbert Wertheim College of Medicine. Debbie has worked tirelessly to establish and grow the Green Family Foundation NeighborhoodHELP program at FIU and improve healthcare access for more Floridians.

Debbie was first elected to Congress in 2018. She ran because the same opportunities that allowed her and her family to improve their lives have been disappearing for too many of our neighbors. Too many families are struggling to get by and are one unexpected expense from not recovering. She believes we must give people a fair chance by focusing on growing the economy, paying workers a living wage, and making college affordable.

As someone that has spent her life’s work on expanding access to quality healthcare – impacting the lives of thousands, she knows that it’s inconceivable that politicians in D.C. would consider ripping away healthcare access from our families. Debbie understands we must continue to improve on what’s working and fix what’s broken in our health care system, not abandon people who need it the most.

And through Debbie’s work with the Coral Restoration Foundation, she knows first-hand that we cannot wait to act on Climate Change. People in Miami know that there’s too much talk and no action when it comes to climate change — the only thing that counts is immediate and effective action to invest in green energy, reduce carbon emissions, and update infrastructure that will protect South Florida from sea level rise.

Debbie is married to her husband, Robert, and they have three children together, Willow, Jude and Siena.

MITCHELL KAPLAN: Mitchell is the owner of Books & Books and co-founder of the Miami Book Fair.