discussing their books on addiction.

RSVP HERE TO THE EVENT

Strung Out: One Last Hit and Other Lies That Nearly Killed Me by Erin Khar 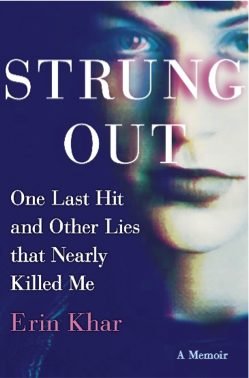 The opioid crisis is nightly news in America, responsible for over 47,000 deaths every year – nearly two-thirds of all drug related deaths in this country. The question on everyone’s mind is: why? Why do so many people turn to drugs? When her twelve-year-old son, Atticus, asked her this question, essayist and Ravishly columnist, Erin Khar, needed to look inward before answering. The result was Strung Out: One Last Hit and Other Lies That Nearly Killed Me (Park Row Books, $27.99), a raw and often shocking meditation on Khar’s fifteen-year opioid addiction and her long, difficult road to recovery.

Growing up in Los Angeles as the only child of divorced parents, Khar, often consumed with loneliness, looked for an escape from the pervasive belief that she wasn’t enough—not enough to keep her parents together or her mother from depression—and yet, she never shared with anyone this private sadness. Instead, she hid behind the façade of a perfect childhood filled with good grades, a popular group of friends, and horseback riding. By the time she was thirteen, the act becoming too difficult to keep up, and she started experimenting with her grandmother’s expired valium, quickly followed by heroin. The drug allowed her to feel the calm she was missing from her life and suppress all the heavy feelings she couldn’t understand. Heroin, while keeping her from other forms of self-harm, became the addiction that destroyed her.

Strung Out is as much about recovery as it is addiction. Khar shows how recovery is a process, one that involves a cycle of relapses and renewed dedication to getting sober. She sagely explores how the shame and stigma surrounding addiction is so often what keeps addicts from getting help. For Khar, it was in motherhood that she found the inner strength and self-forgiveness to quit heroin for good.

An urgent and empathetic personal take on the opioid crisis, Strung Out is a necessary memoir of addiction, recovery, and the lifesaving power of love amidst an epidemic to which no part of society is immune.

Stephanie Land, bestselling author of Maid, writes “This vital memoir will change how we look at the opiate crisis and how the media talks about it.”

As Needed for Pain: A Memoir of Addiction by Dan Peres 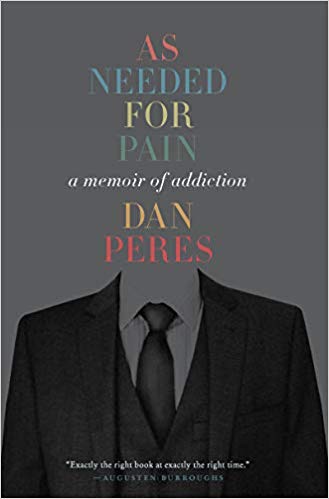 In the vein of Mary Karr’s Lit, Augusten Burroughs’ Dry and Sarah Hepola’s Blackout, As Needed for Pain is a raw and riveting—and often wryly funny—addiction memoir from one of New York media’s most accomplished editors which explores his never-before-told story of opioid addiction and the drastic impact it had on his life and career.

Dan Peres wasn’t born to be a media insider. As an awkward, magic-obsessed adolescent, nothing was further from his reality than the catwalks of Paris or the hallways of glossy magazine publishers. A gifted writer and shrewd cultural observer, Peres eventually took the leap—even when it meant he had to fake a sense of belonging in a new world of famed fashion designers, celebrities, and some of media’s biggest names. But he had a secret: opiates.

Peres’s career as an editor at W magazine and Details is well known, but little is known about his private life as a high-functioning drug addict. In As Needed for Pain, Peres lays bare for the first time the extent of his drug use—at one point a 60-pill-a-day habit.

By turns humorous and gripping, Peres’s story is a cautionary coming-of-age tale filled with unforgettable characters and breathtaking brushes with disaster. But the heart of the book is his journey from outsider to insecure insider, what it took to get him there, and how he found his way back from a killing addiction.

As Needed for Pain offers a rare glimpse into New York media’s past—a time when print magazines mattered—and a rarefied world of wealth, power, and influence. It is also a brilliant, shocking dissection of a life teetering on the edge of destruction, and what it took to pull back from the brink.

Erin Khar is known for her writing on addiction, recovery, mental health, relationships, parenting, infertility, and self-care. Her weekly advice column, Ask Erin, is published on Ravishly and brings in over 500K unique readers per month. Her personal essays have appeared in SELF, Marie Claire, Esquire, Cosmopolitan, Good Housekeeping, Redbook, and others. She’s the recipient of the Eric Hoffer Editor’s Choice Prize and her prize-winning essay was featured in Best New Writing 2012 anthology. Her essays have also been published in the Stigma Fighters Anthology (vol 3) and BURN IT DOWN, an anthology edited by Lilly Dancyger. She lives in New York City with her husband and two kids. 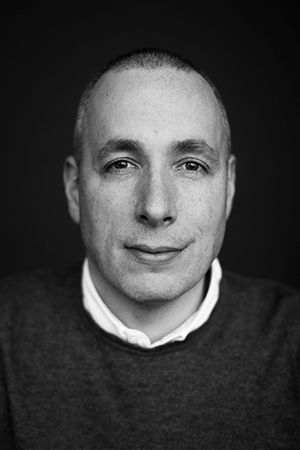 Dan Peres was editor in chief of Details for fifteen years, starting in 2000, when the title relaunched under his leadership. During his tenure, the magazine won many awards, including two National Magazine Awards. Before taking the editorship of Details, Dan spent nine years at W magazine, overseeing bureaus in Paris, London, and Milan. While in college, he worked as a copy boy at the New York Times and later as a research assistant at Esquire. He is the author of Details Men’s Style Manual. He lives in New York and has three sons.