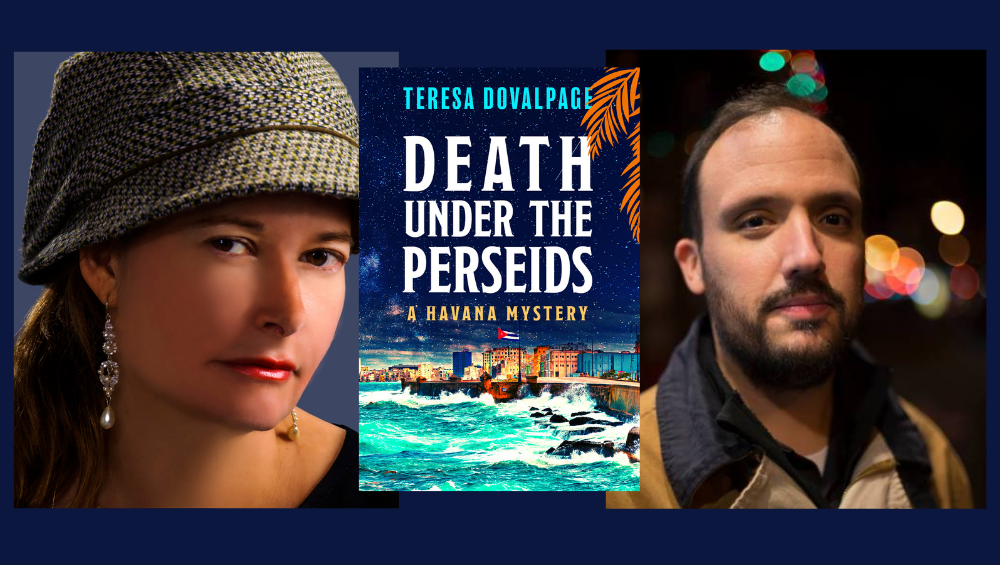 Death under the Perseids: An Evening with Teresa Dovalpage and Alex Segura

An Evening with Teresa Dovalpage

In Conversation with Alex Segura

Death under the Perseids (A Havana Mystery) 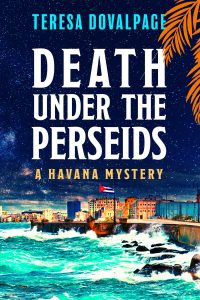 Cuban-born Mercedes Spivey and her American husband, Nolan, win a five-day cruise to Cuba. Although the circumstances surrounding the prize seem a little suspicious to Mercedes, Nolan’s current unemployment and their need to revamp their marriage make the decision a no-brainer. Once aboard, Mercedes is surprised to see two people she met through her ex-boyfriend Lorenzo: former University of Havana professor Selfa Segarra and down-on-his-luck Spanish writer Javier Jurado. Even stranger: they also received a free cruise.

When Selfa disappears on their first day at sea, Mercedes and Javier begin to wonder if their presence on the cruise is more than a mere coincidence. Worried, Mercedes confides her suspicions to her husband, who—desperate to accept the last-minute invitation he received to give a lecture at Havana University—convinces her it’s all in her head.

However, when Javier dies under mysterious circumstances after the cruise disembarks in Havana, and Nolan is nowhere to be found, Mercedes wanders through the city, fearing she had been right all along. Will she be next?

Alex Segura is an acclaimed, award-winning writer of novels, comic books, short stories, and podcasts. He is the author of Star Wars Poe Dameron: Free Fall, the Pete Fernandez Mystery series (including the Anthony Award-nominated crime novels Dangerous Ends, Blackout. and Miami Midnight), and the upcoming Secret Identity (Flatiron Books). His short story “Red Zone” won the 2020 Anthony Award for Best Short Story, and his border noir short story, “90 Miles” will be included in THE BEST AMERICAN MYSTERY AND SUSPENSE STORIES of 2020. He has also written a number of comic books, most notably the superhero noir The Black Ghost, the YA music series The Archies, and the “Archie Meets” collection of crossovers, featuring real-life cameos from the Ramones, B-52s, and more. He is also the co-creator/co-writer of the Lethal Lit crime/YA podcast from iHeart Radio, which was named one of the best podcasts of 2018 by The New York Times. By day he is the Senior Vice President of Sales and Marketing at Oni Press, with previous stints at Archie Comics and DC Comics. A Miami native, he lives in New York with his wife and children.