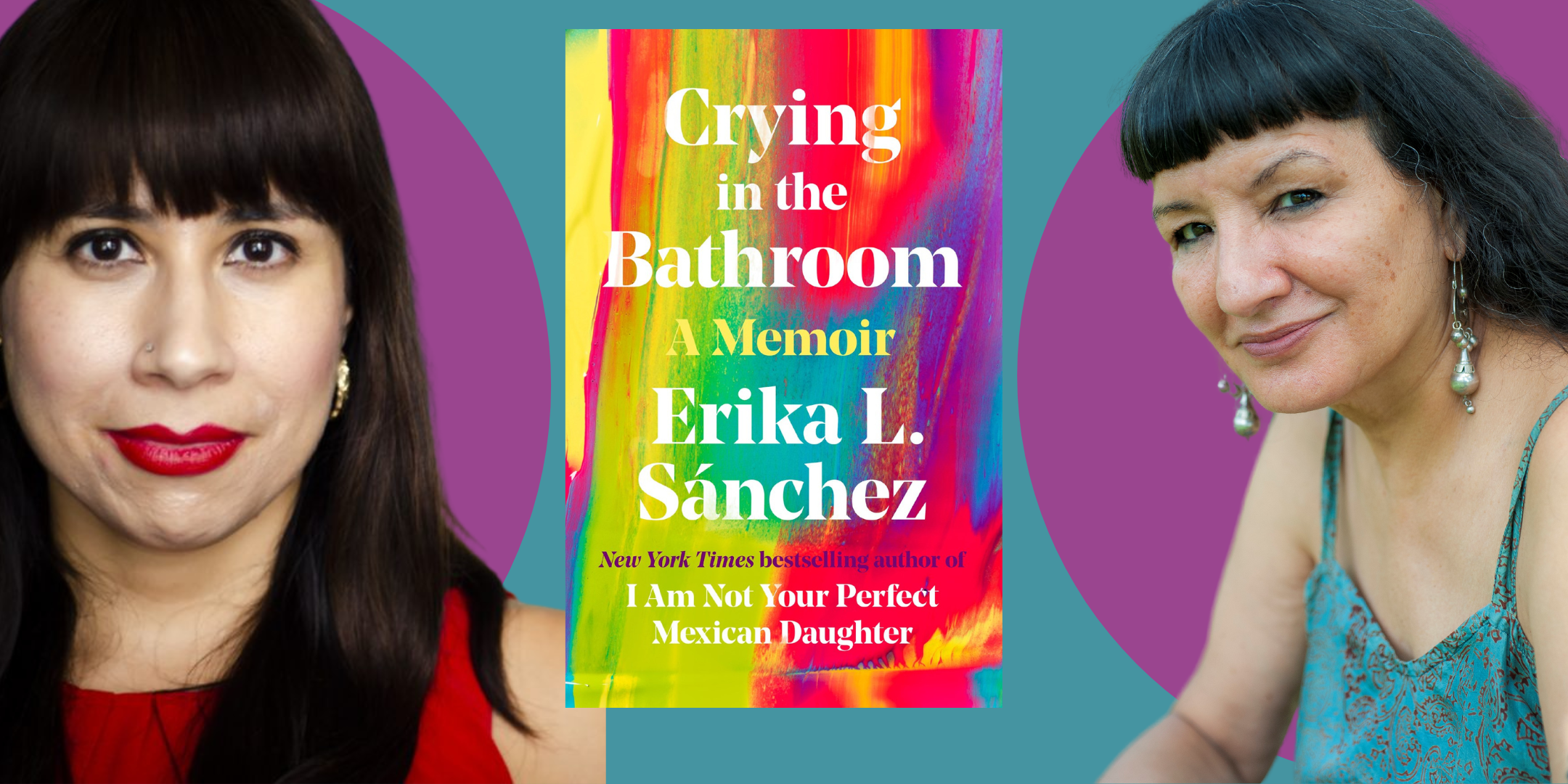 Crying in the Bathroom: A Virtual Evening with Erika L. Sánchez and Sandra Cisneros

Crying in the Bathroom: A Memoir

From the New York Times bestselling author of I Am Not Your Perfect Mexican Daughter, an utterly original memoir-in-essays that is as deeply moving as it is hilarious

Growing up as the daughter of Mexican immigrants in Chicago in the nineties, Erika Sánchez was a self-described pariah, misfit, and disappointment—a foul-mouthed, melancholic rabble-rouser who painted her nails black but also loved comedy, often laughing so hard with her friends that she had to leave her school classroom. Twenty-five years later, she’s now an award-winning novelist, poet, and essayist, but she’s still got an irrepressible laugh, an acerbic wit, and singular powers of perception about the world around her.

In these essays, Sánchez writes about everything from sex to white feminism to debilitating depression, revealing an interior life rich with ideas, self-awareness, and perception. Raunchy, insightful, unapologetic, and brutally honest, Crying in the Bathroom is Sánchez at her best—a book that will make you feel that post-confessional high that comes from talking for hours with your best friend.

ERIKA L. SÁNCHEZ is a Mexican-American poet, novelist, and essayist. Her debut poetry collection, Lessons on Expulsion, was published by Graywolf in July 2017, and was a finalist for the PEN America Open Book Award. Her debut young adult novel, I Am Not Your Perfect Mexican Daughter, published in October 2017 by Knopf Books for Young Readers, was a New York Times bestseller and a National Book Awards finalist. It is now is being made into a film directed by America Ferrera. Sanchez was a 2017-2019 Princeton Arts Fellow, a 2018 recipient of the 21st Century Award from the Chicago Public Library Foundation, and a 2019 recipient of the National Endowment for the Arts Fellowship.

SANDRA CISNEROS is a poet, fiction writer, essayist, performer, and artist.  Her most recent book is Martita, I Remember You/Martita, te recuerdo, a story in English and Spanish.  Woman Without Shame, her first new collection of poetry in almost thirty years, will be published in September by Knopf and in Spanish as Mujer sin vergüenza by Vintage Español.