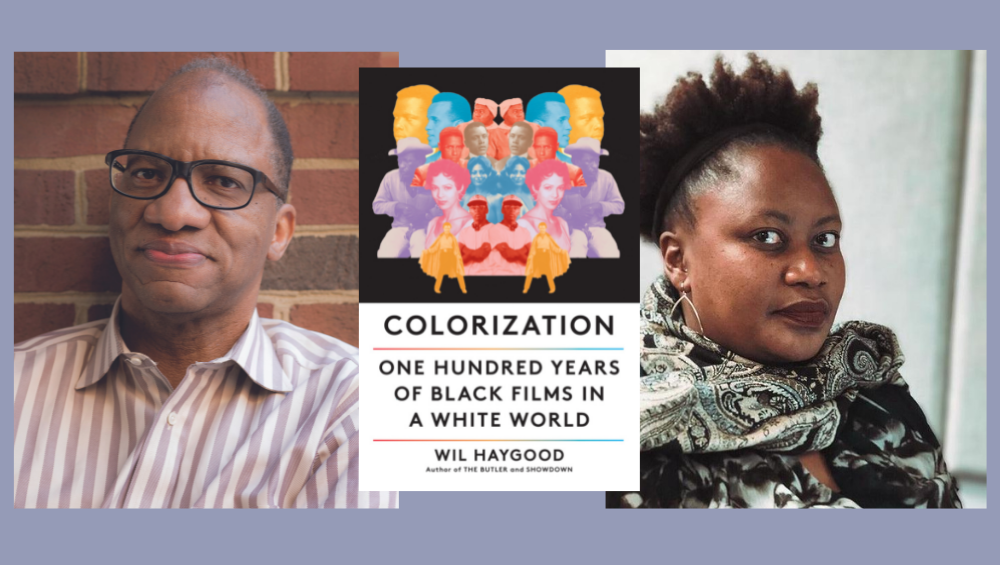 Colorization: An Evening with Wil Haygood and April Dobbins

A Virtual Evening with Wil Haygood

Colorization: One Hundred Years of

Black Films in a White World 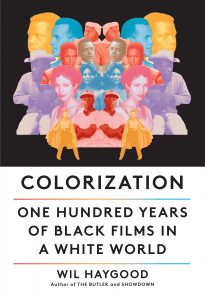 “At once a film book, a history book, and a civil rights book … without a doubt, not only the very best film book … but it is also one of the best books of the year in any genre. An absolutely essential read.” —Shondaland

This unprecedented history of Black cinema examines 100 years of Black movies—from Gone with the Wind to Blaxploitation films to Black Panther—using the struggles and triumphs of the artists, and the films themselves, as a prism to explore Black culture, civil rights, and racism in America. From the acclaimed author of The Butler and Showdown.

Beginning in 1915 with D. W. Griffith’s The Birth of a Nation—which glorified the Ku Klux Klan and became Hollywood’s first blockbuster—Wil Haygood gives us an incisive, fascinating, little-known history, spanning more than a century, of Black artists in the film business, on-screen and behind the scenes.

He makes clear the effects of changing social realities and events on the business of making movies and on what was represented on the screen: from Jim Crow and segregation to white flight and interracial relationships, from the assassination of Malcolm X, to the O. J. Simpson trial, to the Black Lives Matter movement. He considers the films themselves—including Imitation of Life, Gone with the Wind, Porgy and Bess, the Blaxploitation films of the seventies, Do The Right Thing, 12 Years a Slave, and Black Panther. And he brings to new light the careers and significance of a wide range of historic and contemporary figures: Hattie McDaniel, Sidney Poitier, Berry Gordy, Alex Haley, Spike Lee, Billy Dee Willliams, Richard Pryor, Halle Berry, Ava DuVernay, and Jordan Peele, among many others.

An important, timely book, Colorization gives us both an unprecedented history of Black cinema and a groundbreaking perspective on racism in modern America.

WIL HAYGOOD is the author of Tigerland, which was a finalist for the Dayton Literary Peace Prize; Showdown, a finalist for an NAACP Image Award; In Black and White; and The Butler,which was made into a film directed by Lee Daniels. He has been a correspondent for The Washington Post and The Boston Globe, where he was a Pulitzer finalist. Haygood is a Guggenheim and National Endowment for the Humanities Fellow, and is currently Boadway Visiting Distinguished Scholar at Miami University in Oxford, Ohio.

APRIL DOBBINS is a writer, filmmaker, and educator based in Miami. Through her role as Programming Director at Coral Gables Art Cinema, she connects local communities to films from around the world. Currently a master’s candidate at Harvard where she studies Arts in Education, April received her M.F.A. in Motion Pictures at the University of Miami. She worked in higher education for 15 years, serving as a program director, writer, and film lecturer. Her creative work has received support from Sundance Institute, Knight Foundation, Firelight Media, International Documentary Association, Oolite Arts, and many others.