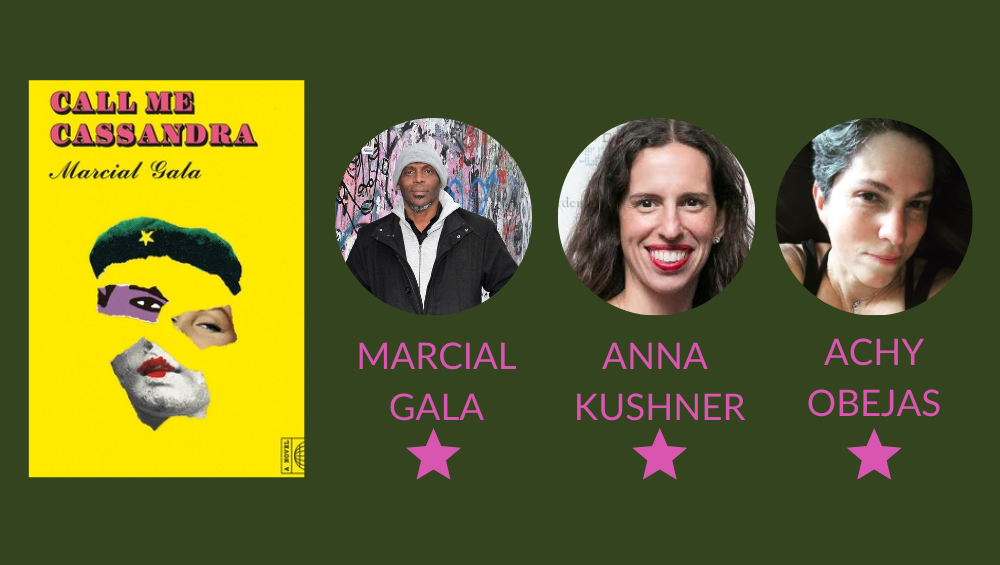 A Virtual Evening with Marcial Gala and Anna Kushner 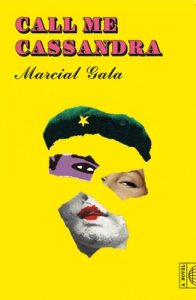 “A spellbinding novel by one of the best writers of the Americas.” —Junot Díaz, author of This is How You Lose Her

From Marcial Gala, the author of the award-winning The Black Cathedral, Call Me Cassandra is a darkly magical tale of a haunted young dreamer, born in the wrong body and time, who believes himself to be a doomed prophetess from ancient Greek mythology

Ten-year-old Rauli lives in a world that is often hostile. His older brother is violent; his philandering father doesn’t understand him; his intelligence and sensitivity do not endear him to the other children at school. He loves to read, especially Greek myths, but in Cuba in the 1970s, novels and gods can be dangerous. Despite the signs that warn Rauli to repress and fear what he is, he knows three things to be true: First, that he was born in the wrong body. Second, that he will die, aged eighteen, as a soldier in the Cuban intervention in Angola. And third, that he is the reincarnation of the Trojan princess Cassandra.

Moving between Rauli’s childhood and adolescence, between the Angolan battlefield, the Cuban city of Cienfuegos, and the shores of ancient Troy, Marcial Gala’s Call Me Cassandra tells of the search for identity amid the collapse of Cuba’s utopian dreams. Burdened with knowledge of tragedies yet to come, Rauli nonetheless strives to know himself. Lyrical and gritty, heartbreaking and luminous, Rauli’s is the story of the inexorable pull of destiny.

MARCIAL GALA is a novelist, a poet, and an architect from Cuba. He won the Pinos Nuevos Prize for best short story in 1999. The Black Cathedral received the Critics’ Award and the Alejo Carpentier Award in 2012 and was published in English by FSG in 2020. Gala also won the 2018 Ñ Prize of the City of Buenos Aires-Clarín for Call Me Cassandra. He lives in Buenos Aires and Cienfuegos.

ANNA KUSHNER: The daughter of Cuban exiles, Anna Kushner was born in Philadelphia and has been traveling to Cuba since 1999. In addition to The Black Cathedral and Call Me Cassandra, she has translated the novels of Norberto Fuentes, Leonardo Padura, Guillermo Rosales, and Gonçalo M. Tavares, as well as two collections of nonfiction by Mario Vargas Llosa.

ACHY OBEJASis the author of Boomerang/Bumerán, an unique and inspiring bilingual collection of poetry written in a bold, mostly gender-free English and Spanish that addresses immigration, displacement, love and activism. She also authored The Tower of the Antilles, which was nominated for a PEN/Faulkner award, among other honors. Her novels include Ruins and Days of Awe, which was a Los Angeles Times Best Books of the Year. Her poetry chapbook, This is What Happened in Our Other Life, was both a critical hit and a national best-seller. As a translator, Havana-born Achy has worked with Wendy Guerra, Rita Indiana, Junot Díaz and Megan Maxwell, among others. A recipient of a USA Artists fellowship, an NEA and a Cintas fellowship, among other awards, she is currently a writer/editor for Netflix and lives in the San Francisco Bay area. She was one of the organizers of the #15novCuba Poesiá Sin Fin marathon in support of the recent protests in Cuba.