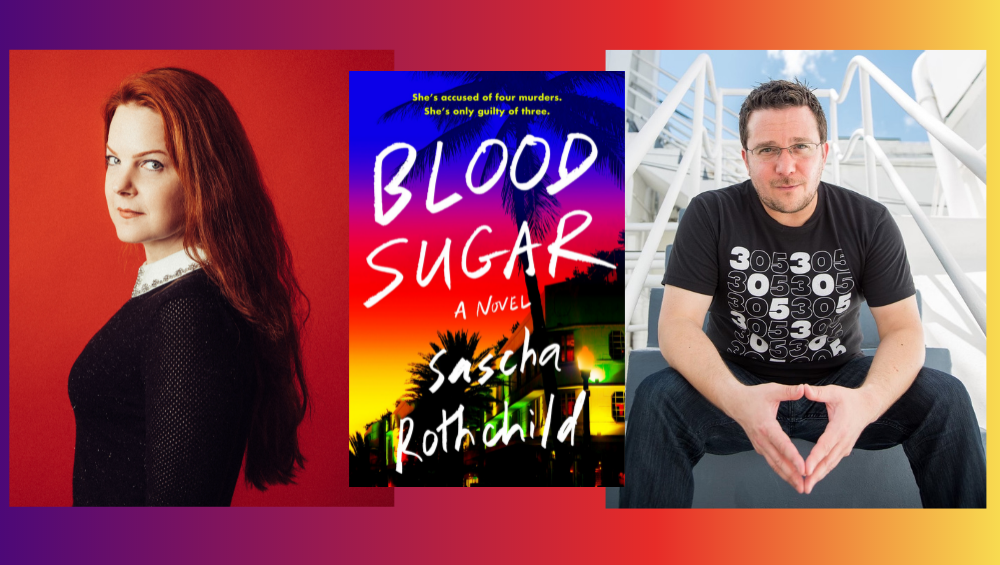 Blood Sugar: A Virtual Evening with with Sascha Rothchild and Billy Corben

A Virtual Evening with Sascha Rothchild 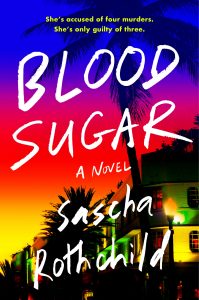 An utterly delicious debut thriller that tells the story of the most likable murderess you will ever meet, perfect for fans of Riley Sager and Jessica Knoll.

“I could just kill you right now!” It’s something we’ve all thought at one time or another. But Ruby has actually acted on it. Three times, to be exact.

Though she may be a murderer, Ruby is not a sociopath. She is an animal-loving therapist with a thriving practice. She’s felt empathy and sympathy. She’s had long-lasting friendships and relationships, and has a husband, Jason, whom she adores. But the homicide detectives at Miami Beach PD are not convinced of her happy marriage. When we meet Ruby, she is in a police interrogation room, being accused of Jason’s murder. Which, ironically, is one murder that she did not commit, though a scandal-obsessed public believes differently. As she undergoes questioning, Ruby’s mind races back to all the details of her life that led her to this exact moment, and to the three dead bodies in her wake. Because though she may not have killed her husband, Ruby certainly isn’t innocent.

Alternating between Ruby’s memories of her past crimes and her present-day fight to clear her name, Blood Sugar is a twisty, clever debut with an unforgettable protagonist who you can’t help but root for—an addicting mixture of sour and sweet.

BILLY CORBEN: Emmy and Peabody Award-winning filmmaker Billy Corben is a Florida native, lifelong Miamian and co-founder of the Miami Beach-based production company rakontur. He has directed such documentaries as the Sundance Film Festival selection Raw Deal: A Question of Consent (2001), Cocaine Cowboys (2006), Square Grouper: The Godfathers of Ganja (2011), The Tanning of America: One Nation Under Hip-Hop (2014), Dawg Fight (2015), Screwball (2018), Magic City Hustle (2019), the HBO Original Documentary 537 Votes (2020), executive produced by Adam McKay (The Big Short, Vice), and the ESPN 30 for 30s The U (2009), Broke (2012) and The U Part 2 (2014). His latest, the six-part documentary series Cocaine Cowboys: The Kings of Miami (2021), is now streaming on Netflix.