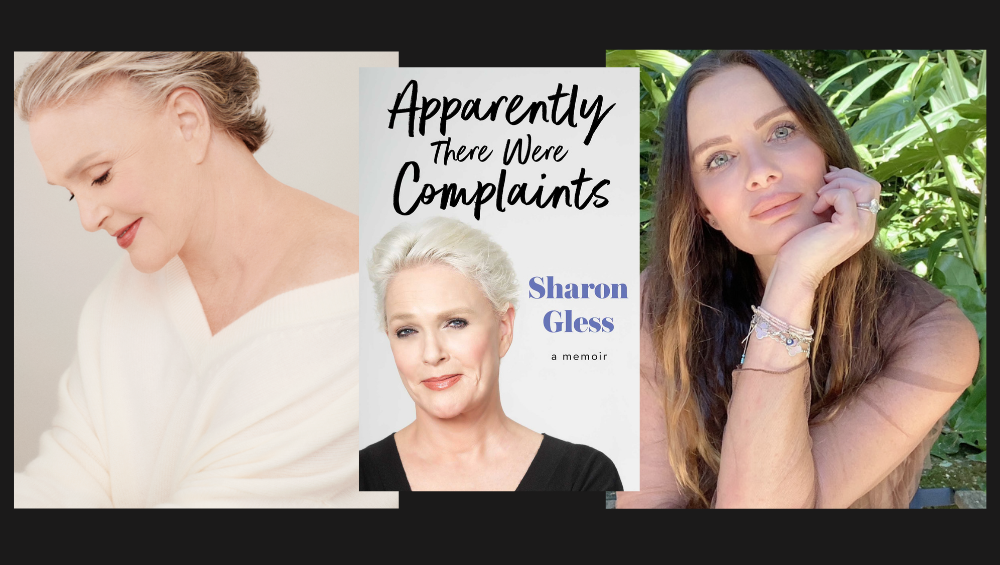 In-Person | Apparently There Were Complaints: An Evening with Sharon Gless and Gabrielle Anwar

An Evening with Sharon Gless

In Conversation with Gabrielle Anwar

Apparently There Were Complaints: A Memoir 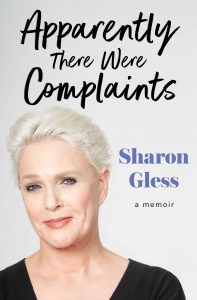 Emmy Award­–winning actress Sharon Gless tells all in this laugh-out-loud, juicy, and touching memoir about her five decades in Hollywood, where she took on some of the most groundbreaking roles of her time.

Anyone who has seen Sharon Gless act in Cagney and Lacey, Queer as Folk, Burn Notice, and countless other shows and movies, knows that she’s someone who gives every role her all. She holds nothing back in Apparently There Were Complaints, a hilarious, deeply personal memoir that spills all about Gless’s five decades in Hollywood.

A fifth-generation Californian, Sharon Gless knew from a young age that she wanted to be an actress. After some rocky teenage years that included Sharon’s parents’ divorce and some minor (and not-so-minor) rebellion, Gless landed a coveted spot as an exclusive contract player for Universal Studios. In 1982, she stepped into the role of New York Police Detective Christine Cagney for the series Cagney and Lacey, which eventually reached an audience of 30 million weekly viewers and garnered Gless with two Emmy Awards. The show made history as the first hour-long drama to feature two women in the leading roles.

Gless continued to make history long after Cagney and Lacey was over. In 2000, she took on the role of outrageous Debbie Novotny in Queer as Folk. Her portrayal of a devoted mother to a gay son and confidant to his gay friends touched countless hearts and changed the definition of family for millions of viewers.

Apparently There Were Complaints delves into Gless’s remarkable career and explores Gless’s complicated family, her struggles with alcoholism, and her fear of romantic commitment as well as her encounters with some of the Hollywood’s biggest names. Brutally honest and incredibly relatable, Gless puts it all out on the page in the same way she has lived—never with moderation.

SHARON GLESS was born into a prominent Hollywood family and always knew she wanted to be an actress. She was an exclusive contract player for Universal Studios from 1972 until 1982, when the studio ended all talent contracts. She was the last contract player in the history of Hollywood. While at Universal, Gless appeared on series such as “The Rockford Files”; “Kojak,” “The Bob Newhart Show”; and “Switch”, among others. In 1982, she accepted the role of Cagney in “Cagney & Lacey,” winning two Emmy Awards and a Golden Globe Award for Best Leading Actress in a Drama Series, followed shortly by a Golden Globe win for her lead role in “The Trials of Rosie O’Neill.”  In 2000, Gless was cast as Debbie Novotny in “Queer as Folk,” which ran for five seasons, after which she co-starred for seven seasons in her Emmy-nominated role on “Burn Notice.”  She has eleven Emmy and seven Golden Globe nominations. Gless married Barney Rosenzweig, the executive producer of “Cagney & Lacey,” in 1991 and they’ve been together for 30 years. She currently resides both in Los Angeles and on Fisher Island, off the coast of Miami, Florida.

GABRIELLE ANWAR: Born in Berkshire, England, attending the Italia Conti Performing Arts Academy in London, the accomplished Gabrielle Anwar has over 45 film and television performances to her credit in both Europe and the States, including her breakout film Scent of a Woman, where she was whisked off her feet into an acclaimed tango with Al Pacino.

Anwar has taken on the roles of a vast array of characters: from the blind diving horse circus performer in Disney’s biopic Wild Hearts Can’t Be Broken to the risqué royal in Showtime’s The Tudors, to the supercilious counterpart to Noah Wyle in TNT’s The Librarian II. And from the fatal object of desire in Things to Do in Denver When You’re Dead to the regal Queen Anne in The Three Musketeers. She has also shown her versatility as an expat party girl in BBC’s adaptation of Mortimer’s Summer’s Lease and as the coquette-pursuing Dermott Mulroney and Hope Davis in the independent feature The Family Tree. Gun toting Fiona on the hit show Burn Notice. Wicked Lady Tremaine in ABC’s Once Upon A Time, and most recently on Netflix, opposite KJ Apa in, The Last Summer.

While on a vast variety of sets in a plethora of countries over thirty odd years, Anwar has maintained one passionate mainstay – writing. With an optioned pilot script, “Bordello”, a female centric dive into how the West was really won; an autobiographical indie feature, “And The Sea”. A biopic feature film, “…My Own Piece of Sky” on the extraordinary life of Dr. Emmi Pikler, the first female pediatrician to treat the orphaned, traumatized children of WWII; “Burned Pikled & Plated”, a memoir on raising Pikler children; the pilot, “The Forge”, the true story of a century of debauchery as Miami Beach has evolved, from the perspective of an Iron Forge; a ten volume phenomenology on Outrageous Love with Dr’s Gafni and Kincaid; and “Timepiece”, a romantic, unrequited love story, spanning generations.

Anwar curates her teeming full life with her entrepreneur husband, three children and menagerie of rescued creatures, with a sagacious eye, and authentic perspective.

On the board of Pikler USA, Anwar speaks frequently on early childhood care and it’s direct relation to mental health, most recently to congress in Washington D.C. Active in funding and bringing awareness to the life-changing work with the firm belief that educating parents and care-givers on infant interaction prevents future developmental issues, addictions, violence and general teen-adult malaise.

On the board of Young Musicians Unite, affording all socio-economic children the opportunity to realize the joy of their musicality. Co-board chair of The Centre for Integral Wisdom, an Activist Think Tank dedicated to partnering with outstanding thought leaders and change agents to transform and evolve the source code of culture through application of “The Universe: A Love Story” principles.

Supporting an array of animal and childcare charities, Anwar continues to host the southern Florida Make A Wish Ball for her tenth consecutive year, raising more than $20,000,000 in wishes for children with life-threatening illnesses.