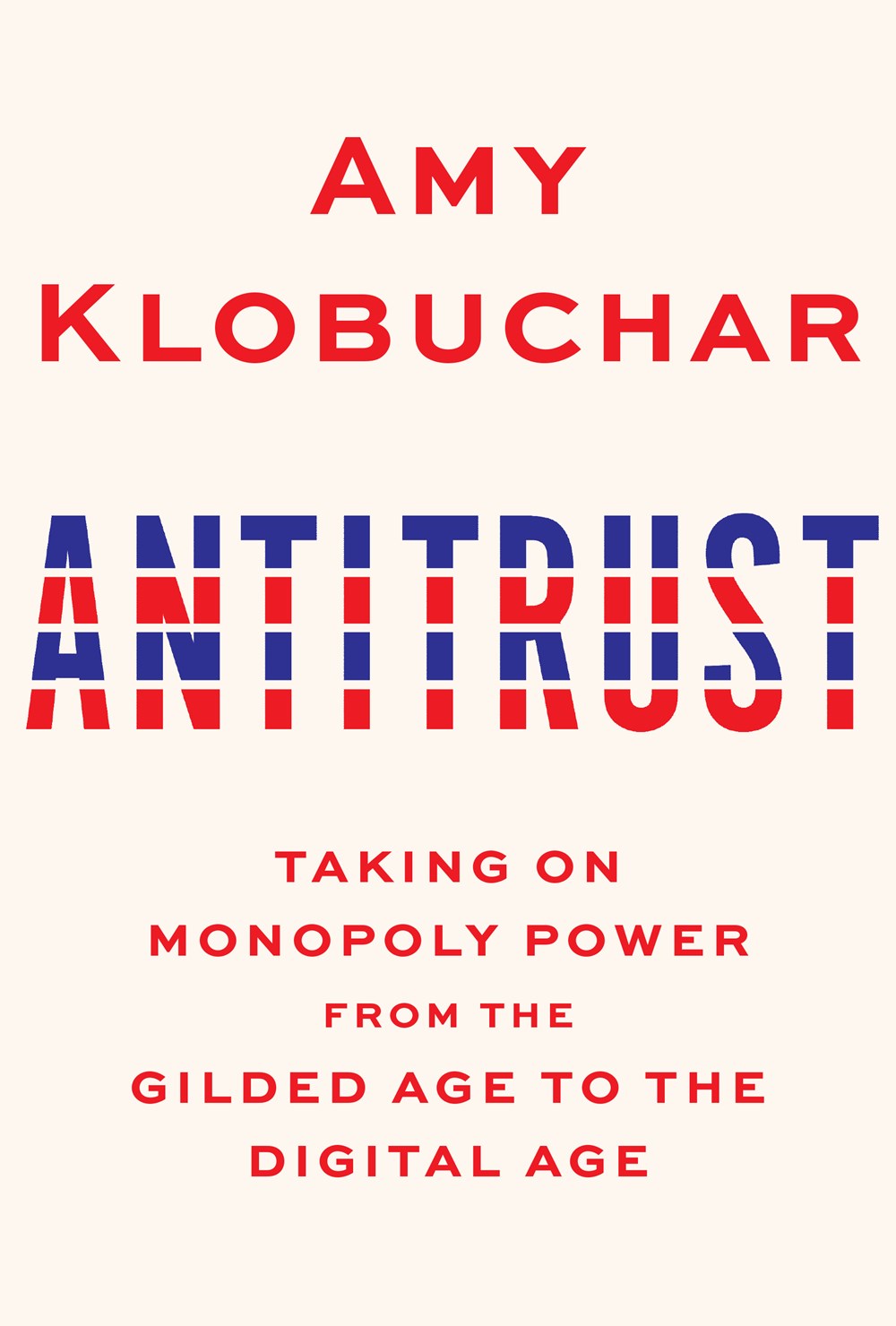 An important, urgently needed book from the much-admired senior senator from Minnesota, and former candidate for president of the United States—a fascinating exploration of antitrust in America and the way forward to protect all Americans from the dangers of curtailed competition, and from vast information gathering, through monopolies.

From Standard Oil, and the Sherman Anti-Trust Act, to the Progressive Era’s trust-busters, Amy Klobuchar, in this large, compelling history, writes of the fight against monopolies in America.

She writes of the breakup of Ma Bell, the pricing monopoly of Big Pharma, and the future of the giant tech companies (Facebook, Amazon, Google).

She begins with the Gilded Age (1870s-1900), when builders of fortunes and rapacious robber barons such as J. P. Morgan, John Rockefeller, and Cornelius Vanderbilt were reaping vast fortunes as industrialization swept across the American landscape, with the rich getting vastly richer and the poor, poorer. She discusses President Theodore Roosevelt, who, during the Progressive Era (1890s-1920), “busted” the trusts (breaking up monopolies); the Clayton Act of 1914; the Federal Trade Commission Act of 1914; and the Celler-Kefauver Act of 1950 (it strengthened the Clayton Act). She explores today’s Big Pharma and its price-gouging; and tech, television, content, and agriculture communities and how a marketplace with few players, or one in which one company dominates distribution, can hurt consumer prices and stifle innovation.

As the ranking member of the Senate Judiciary Subcommittee on Antitrust, Competition Policy, and Consumer Rights, Klobuchar is at work on, among others, issues raised by giant tech companies, such as Facebook, Google (it reportedly controls 90 percent of the search engine market), and Amazon, and puts forth her plans, ideas, and legislative proposals designed to strengthen the antitrust laws and antitrust enforcement.

AMY KLOBUCHAR is the senior senator from Minnesota, the first woman from that state to be elected to the U.S. Senate. She was born in Plymouth, Minnesota, and graduated from Yale University and the University of Chicago Law School. She lives in Minneapolis, MN.

He is a former board chair of PBS and of the Newseum in Washington, D.C. He also chaired the board of the World Wide Web Foundation, founded by Web inventor Sir Tim Berners­-Lee to promote a free and universal Web. He has served on the boards of other arts, education and journalism organizations, including the Lincoln Center for the Performing Arts, Wesleyan University, Smith College, the Council on Foreign Relations, the Committee to Protect Journalists and ProPublica as well as on the Secretary of State’s Foreign Affairs Policy Board.

Ibargüen previously served on the boards of American Airlines, PepsiCo, AOL and Norwegian Cruise Lines and on the Citizen Advisory Committee of the Public Company Accounting Oversight Board.