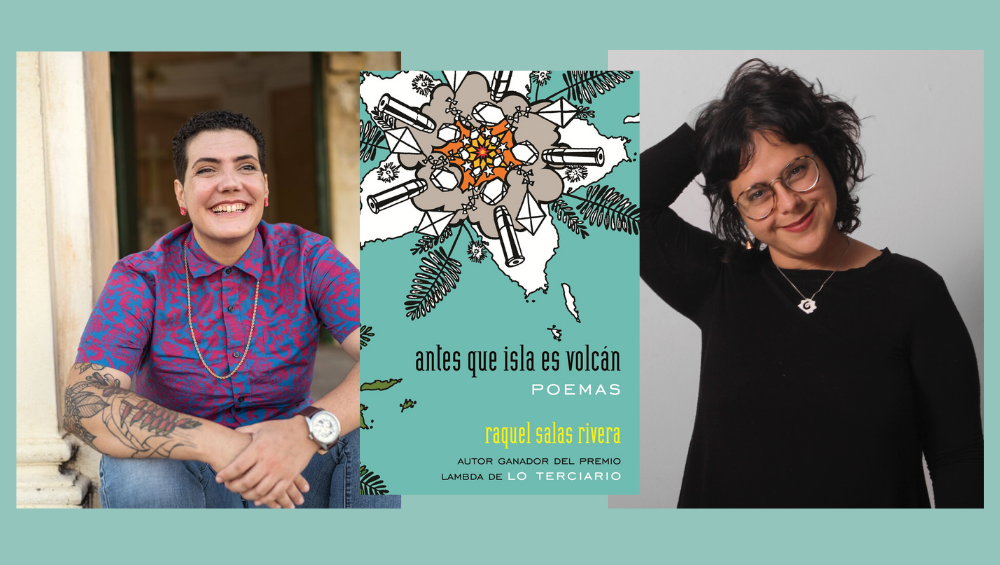 From the National Book Award-nominated, Lambda Award-winning poet: a powerful, inventive new collection that looks to the future of Puerto Rico with love, rage, beauty, and hope.

Raquel Salas Rivera’s star has risen swiftly in the poetry world, and this, his 6th book, promises to cement his status as one of the most important poets working today. In sharp, crystalline verses, written in both Spanish and English versions, antes que isla es volcán daringly imagines a decolonial Puerto Rico.

Salas Rivera unfurls series after series of poems that build in intensity: one that casts Puerto Rico as the island of Caliban in Shakespeare’s The Tempest, another that imagines a multiverse of possibilities for Puerto Rico’s fate, a 3rd in which the poet demands his right to a future and its immediate distribution. The verses are rigorous and sophisticated, engaging with literary and political theory, yet are also hard-hitting, charismatic, and quotable (“won’t you be sorry? / won’t you wish you had a boss? / won’t you get restless / with all that freedom?”).

These poems tap unflinchingly into the explosive energy of the island, transforming it into protest, into spirit, into art. 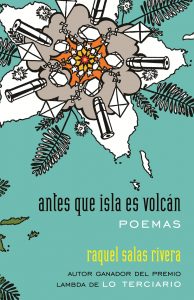 RAQUEL SALAS RIVERA is a Puerto Rican poet, translator, and editor. His honors include being named the 2018-19 Poet Laureate of Philadelphia and receiving the New Voices Award from Puerto Rico’s Festival de la Palabra. He is the author of 5 previous full-length poetry books. His 3rd book, lo terciario/the tertiary, won the Lambda Literary Award for Transgender Poetry and was longlisted for the 2018 National Book Award. His 4th book, while they sleep (under the bed is another country), was longlisted for the 2020 Pen America Open Book Award and was a finalist for CLMP’s 2020 Firecracker Award. His 5th book, x/ex/exis, won the inaugural Ambroggio Prize. He currently writes and teaches in Puerto Rico.

NICOLE CECILIA DELGADO is a poet, translator, and book artist. Her latest book of poems, Periodo Especial (Aguadulce/La Impresora), explores the socioeconomic mirror images between the Greater Antilles in light of Puerto Rico’s ongoing financial crisis. Her recent pamphlet A Mano/By Hand (Ugly Duckling Presse) is an essay on the attempt “to live with dignity, to achieve real quality of life, to create community in the process and find joy doing so” in a life lived in and through poetry. Her work has been translated into English, Catalan, Polish, German, Galician, and Portuguese. With the poet Amanda Hernández, she currently directs and develops La Impresora, a poetry press and risograph print shop dedicated to small-scale editorial work and allocating resources to support local independent publishing, and from which they also organize the Independent and Alternative Book Fair in Puerto Rico (FLIA PR).