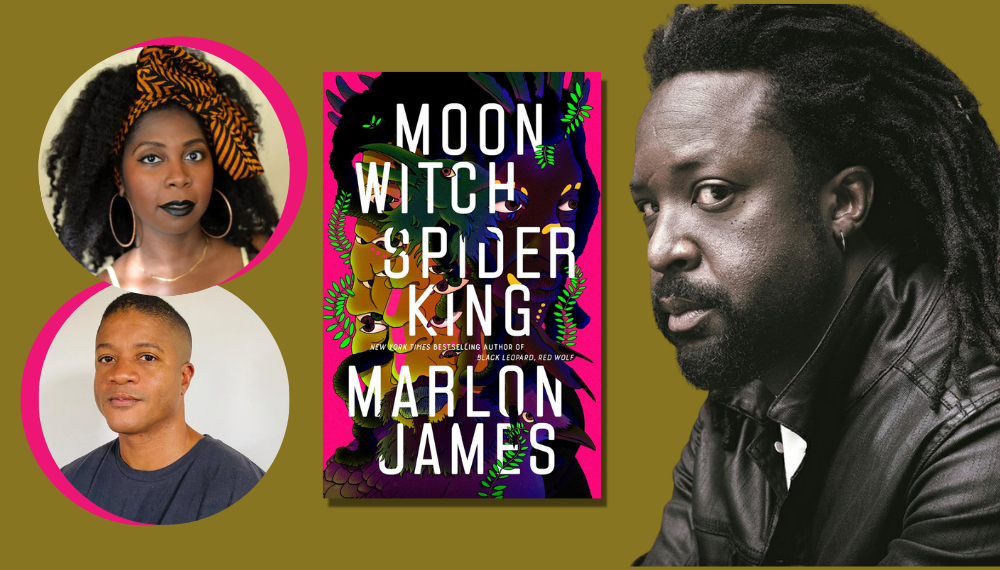 An Evening with Marlon James

in conversation with Desiree C. Bailey

RSVP TO JOIN US

Admission is FREE and books will be for sale at the venue with a signing to follow the event. Weather permitting, this event will be outdoors, and masks are strongly encouraged outside and required indoors! 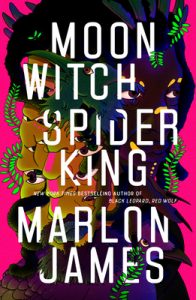 In Black Leopard, Red Wolf, Sogolon the Moon Witch proved a worthy adversary to Tracker as they clashed across a mythical African landscape in search of a mysterious boy who disappeared. In Moon Witch, Spider King, Sogolon takes center stage and gives her own account of what happened to the boy, and how she plotted and fought, triumphed and failed as she looked for him. It’s also the story of a century-long feud—seen through the eyes of a 177-year-old witch—that Sogolon had with the Aesi, chancellor to the king. It is said that Aesi works so closely with the king that together they are like the eight limbs of one spider. Aesi’s power is considerable—and deadly. It takes brains and courage to challenge him, which Sogolon does for reasons of her own.

Both a brilliant narrative device—seeing the story told in Black Leopard, Red Wolf from the perspective of an adversary and a woman—as well as a fascinating battle between different versions of empire, Moon Witch, Spider King delves into Sogolon’s world as she fights to tell her own story. Part adventure tale, part chronicle of an indomitable woman who bows to no man, it is a fascinating novel that explores power, personality, and the places where they overlap.

Desiree C. Bailey is the author of What Noise Against the Cane (Yale University Press, 2021), winner of the 2020 Yale Series of Younger Poets Prize. She is also the author of the fiction chapbook In Dirt or Saltwater (O’clock Press, 2016) and has short stories and poems published in Best American Poetry, Best New Poets, American Short Fiction, Callaloo, the Academy of American Poets and elsewhere. Desiree is a recipient of awards from the New York State Council on the Arts/New York Foundation for the Arts and Poets & Writers. Born in Trinidad and Tobago, Desiree grew up in Queens, New York, and is currently an English teacher in Brooklyn.

William Johnson is the PEN Across America program director at PEN America. A longtime steward in the writing community, Johnson was the editor and publisher of Mary Literary, a literary magazine committed to showcasing work of artistic integrity. He also co-produced Nepantla: A Journal Dedicated to Queer Poets of Color, the first major anthology for queer poets of color in the United States. In 2011, Johnson began his tenure at Lambda Literary, an organization dedicated to promoting LGBTQ literature. As the deputy director of Lambda Literary, Johnson oversaw many of the organization’s most dynamic programs and public events, including the Writer’s Retreat for Emerging LGBTQ Voices and Lambda’s web magazine, the Lambda Literary Review.

In 2021, Johnson was awarded The Publishing Triangle’s Leadership Award, an award recognizing contributions to LGBTQ literature by those who are not primarily writers, such as editors, agents, librarians, and institutions.