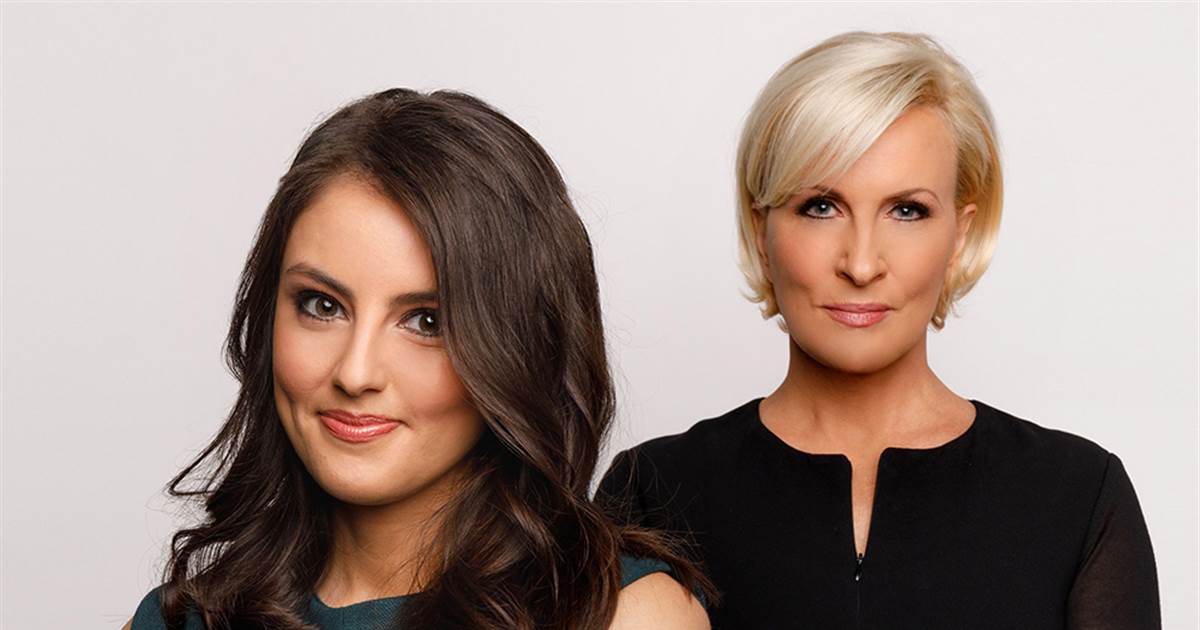 + Google Calendar+ iCal Export
Join New York Times bestselling author Mika Brzezinski and MSNBC producer Daniela Pierre-Bravo, moderated by MSNBC’s “Morning Joe” co-host, Joe Scarborough, as they discuss Earn It!: Know Your Value and Grow Your Career in Your 20s and Beyond, a practical career guidebook that not only helps you get your foot in the door; it also shows you how to negotiate a raise, advocate for more responsibility, and figure out whether you’re in the career that’s right for you. Purchase a copy of the book and get (1) one ticket to the event. The talk will be followed by a book signing with the authors!

This event is now SOLD OUT!! There are no more tickets left. Sorry.

Please be sure and sign up for our email blast-newsletters, so that you won’t miss out on any great events in the future. You’ll get early notice of all of our events. Sign up on our homepage. It’s super easy!

If you purchased a ticket via Eventbrite: PLEASE ARRIVE EARLY. Seating is limited and your seats will only be available until 15 minutes before start time. Your ticket will admit (1) one guest to the event and includes (1) one pre-signed, autographed copy of the book. 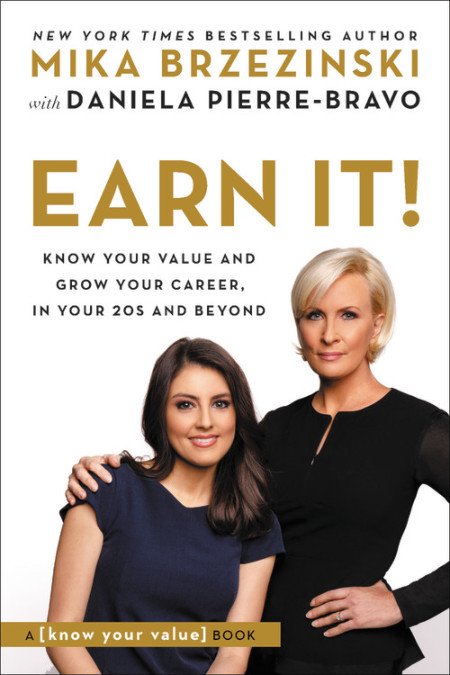 A straight-talking guide for the newest members of the workforce, with road-tested advice for landing a job, navigating the new world of work, establishing a personal brand, and getting the recognition (and money) you deserve.
The whirlwind of job applications, interviews, follow-up, resume building, and networking is just the beginning. What happens after you’ve landed the job, settled in, and begun to make a difference-where do you go from here? What if you feel stuck in what you thought would be your dream profession? New York Times bestselling author Mika Brzezinski and producer Daniela Pierre-Bravo provide an essential manual for those crucial next steps. Earn It! is a practical career guidebook that not only helps you get your foot in the door; it also shows you how to negotiate a raise, advocate for more responsibility, and figure out whether you’re in the career that’s right for you.
A blueprint for your future success, Earn It! features insightful and inspiring interviews with leaders in media, fashion, and business, recruiters, HR, execs, and kickass young female entrepreneurs like Danielle Weisberg and Carly Zakin of the Skimm, Vimeo CEO Anjali Sud, and Jane Park, founder of the cosmetic subscription company Julep. 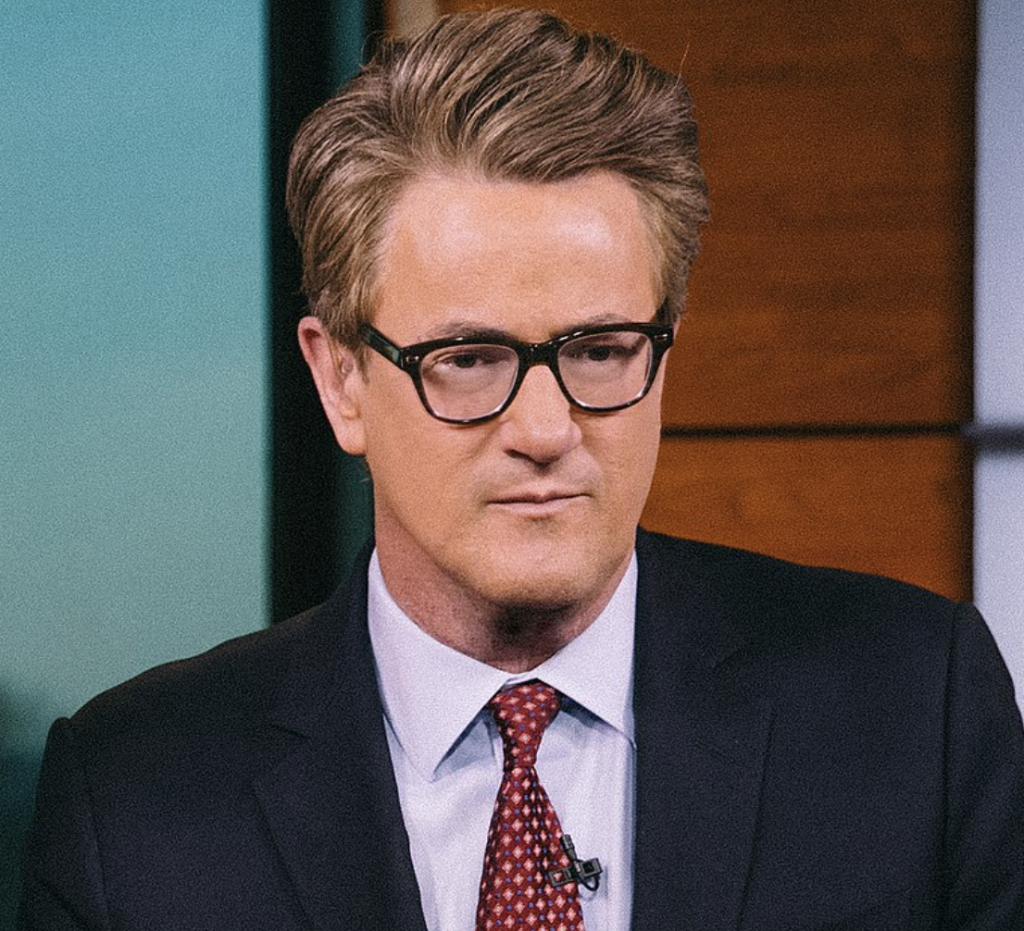 Joe Scarborough is the co-host of “Morning Joe,” which TIME magazine calls “revolutionary” and the New York Times has ranked as the top news program. The show has been called “the thinking viewer’s choice” by USA Weekend and “an important wake-up call for political and media leaders” by the Associated Press. Previously, Joe hosted “Scarborough Country” on MSNBC, a primetime news show The San Francisco Chronicle called “must-see TV.”

Willie Geist is the host of NBC News’ Sunday TODAY with Willie Geist. He is also a co-host of MSNBC’s Morning Joe and a regular host and contributor to TODAY, as well as to NBC Nightly News with Lester Holt and Meet the Press.

Geist also contributes to the NBC Sports Group, where he hosted coverage of several Olympic Games.

Geist is the author of three books, including the New York Times bestsellers Good Talk, Dad and American Freak Show.

He lives in New York with his wife and their two children. 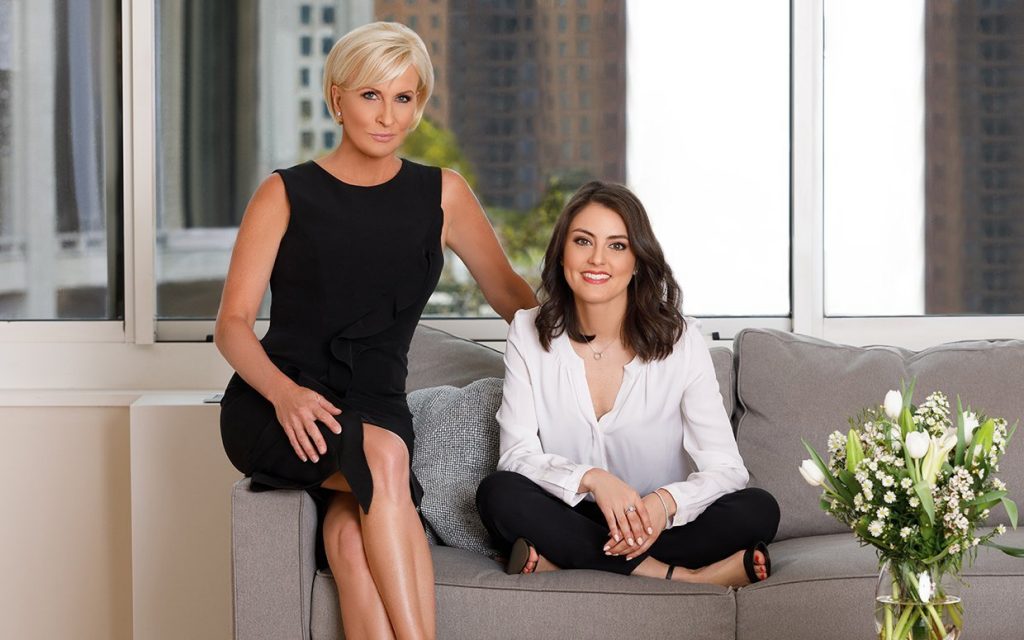 Mika Brzezinski is co-host of MSNBC’s “Morning Joe,” the founder of “Know Your Value” and author of four best-selling books. In 2015, Mika launched “Know Your Value,” a nationwide movement in partnership with NBCUniversal to support an empowered and inclusive community that helps all women recognize, and be recognized for, their worth in business and in life.

Prior to joining MSNBC in 2007, Mika was an anchor of the CBS Evening News Weekend Edition and a CBS News correspondent who frequently contributed to CBS Sunday Morning and 60 Minutes.

In 2018, Mika was awarded with the New York Women in Communications’ Matrix Award. Mika, along with “Morning Joe” co-host Joe Scarborough, was inducted into the Cable News Hall of Fame in 2016. Mika also served as a Visiting Fellow at the Institute of Politics at Harvard’s Kennedy School in the fall of 2017.

Daniela Pierre-Bravo is a 28-year old New York City-based TV producer for MSNBC’s “Morning Joe,” which features in-depth and informed discussions that help drive the day’s political conversation. Daniela books a wide variety of guests, including top newsmakers, Washington insiders, journalists, and cultural influencers for its three-hour live show. Daniela is also a contributing writer and the millennial ambassador for Mika Brzezinski’s “Know Your Value” platform – a movement that empowers women to recognize their personal and professional value by developing and inspiring their individual growth. Her writing has also appeared in NBC Latino, Parade.com, and Refinery29.