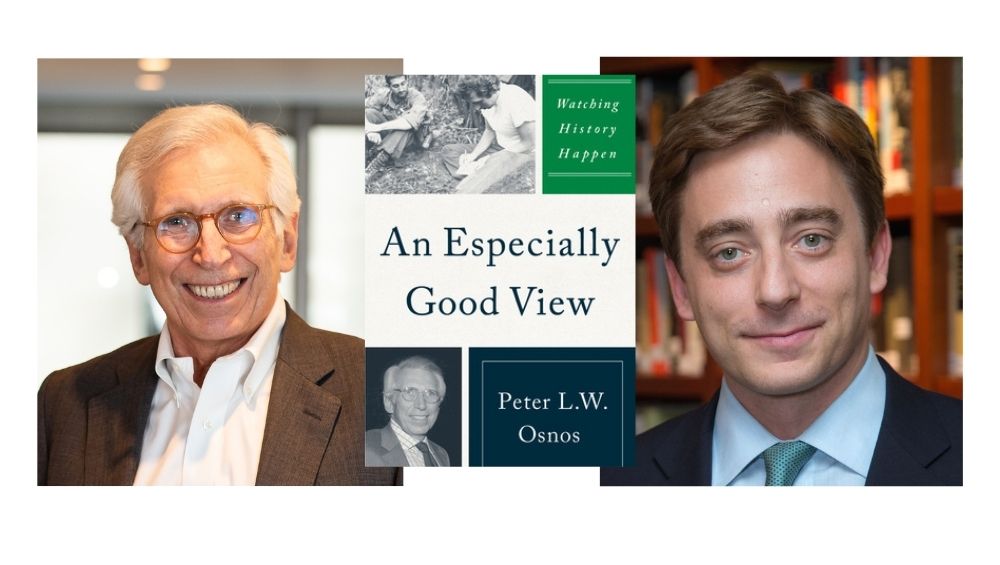 In conversation with Evan Osnos

In more than five decades as a reporter, editor and publisher, Peter Osnos has had an especially good view of momentous events and relationships with some of the most influential personalities of our time.

As a young journalist for I.F. Stone’s Weekly, one of the leading publications of the turbulent 1960s and in 18 years at The Washington Post, he covered the war in Vietnam and Cambodia, the Soviet Union at the height of Kremlin power, Washington D.C. as National Editor, Swinging London in the 60s and Thatcher’s Britain in the 1980s.

In this unusually wide-ranging memoir, Osnos uses a reporter’s skills to portray historic events and encounters beginning with his parents’ extraordinary World War II experiences escaping Europe to India, where he was born, to the present day. He shares unique portraits of the famous people he worked with and an insider’s perspective of the news and publishing businesses. As he charts the evolution of his career and recent history, he also explores the influence and impact of family, character, curiosity, luck, resilience, a well-pressed suit and some unexpected wrinkles.

Also featuring a virtual attic of photographs, documents and video at anespeciallygoodview.com. 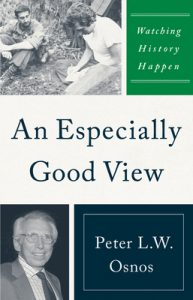 Peter L. W. Osnos is the founder of the publishing house PublicAffairs and a former publisher of the Times Books imprint at Random House, where he was previously a senior editor and associate publisher. Prior to his career in book publishing, he spent eighteen years at The Washington Post, where he was a correspondent in Saigon, Moscow, and served as foreign editor and national editor. He is a graduate of Brandeis University and the Columbia School of Journalism, and his writing has appeared in The Atlantic, Foreign Affairs, and Columbia Journalism Review, among other publications. He lives in New York City

Evan Osnos is a staff writer at The New Yorker, a CNN contributor, and a senior fellow at the Brookings Institution. Based in Washington D.C., he writes about politics and foreign affairs.

He was the China Correspondent at The New Yorker from 2008 to 2013. His first book, “Age of Ambition: Chasing Fortune, Truth, and Faith in the New China,” won the 2014 National Book award and was a finalist for the Pulitzer Prize. In 2020, he published, “Joe Biden: The Life, the Run, and What Matters Now,” based on interviews with Biden, Barack Obama, and others.

Prior to The New Yorker, Osnos worked as the Beijing bureau chief of the Chicago Tribune, where he contributed to a series that won the 2008 Pulitzer Prize for investigative reporting. Before his appointment in China, he worked in the Middle East, reporting mostly from Iraq. He and his wife, Sarabeth Berman, have two children.