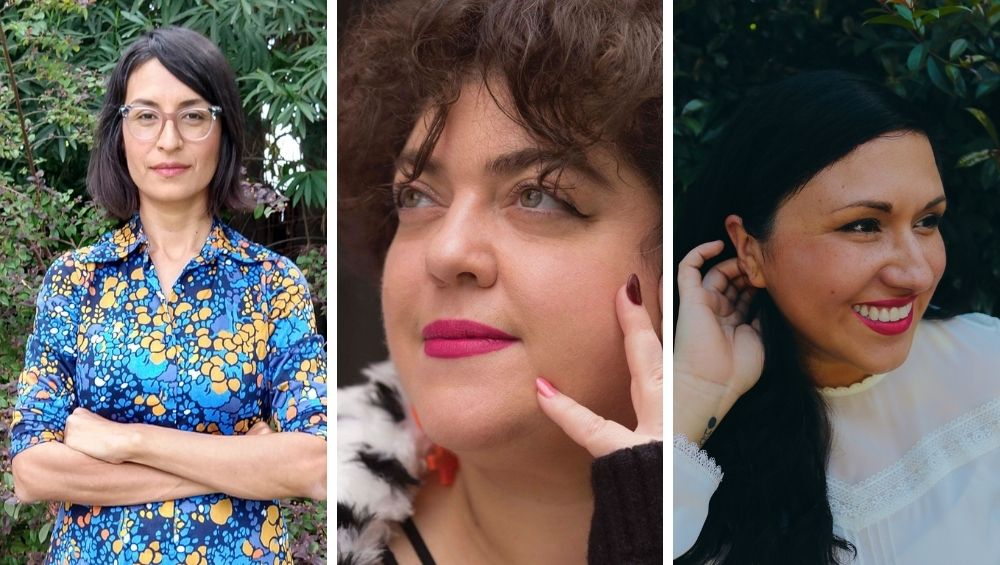 An Afternoon with Carribean Fragoza and Randa Jarrar

Eat the Mouth That Feeds You

Love Is an Ex-Country

Carribean Fragoza, author of the debut short story collection Eat the Mouth That Feeds You (City Lights Publishers), and Randa Jarrar, author of the new memoir Love is an Ex-Country (Catapult), discuss their books with Vanessa Angelica Villareal on Sunday, April 11th, 1pm ET and 10am PT.

About Eat the Mouth That Feeds You:

In visceral, embodied prose, Fragoza’s imperfect characters are drawn with a sympathetic tenderness as they struggle against circumstances and conditions designed to defeat them. A young woman returns home from college, only to pick up exactly where she left off: a smart girl in a rundown town with no future. A mother reflects on the pain and pleasures of being inexorably consumed by her small daughter, whose penchant for ingesting grandma’s letters has extended to taking bites of her actual flesh. A brother and sister watch anxiously as their distraught mother takes an ax to their old furniture, and then to the backyard fence, until finally she attacks the family’s beloved lime tree.

Victories are excavated from the rubble of personal hardship, and women’s wisdom is brutally forged from the violence of history that continues to unfold on both sides of the US-Mexico border. 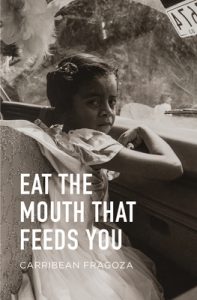 About Love Is an Ex-Country:

Randa Jarrar is a fearless voice of dissent who has been called “politically incorrect” (Michelle Goldberg, The New York Times). As an American raised for a time in Egypt, and finding herself captivated by the story of a celebrated Egyptian belly dancer’s journey across the United States in the 1940s, she sets off from her home in California to her parents’ in Connecticut.

Coloring this road trip are journeys abroad and recollections of a life lived with daring. Reclaiming her autonomy after a life of survival–domestic assault as a child, and later, as a wife; threats and doxxing after her viral tweet about Barbara Bush–Jarrar offers a bold look at domestic violence, single motherhood, and sexuality through the lens of the punished-yet-triumphant body. On the way, she schools a rest-stop racist, destroys Confederate flags in the desert, and visits the Chicago neighborhood where her immigrant parents first lived.

Hailed as “one of the finest writers of her generation” (Laila Lalami), Jarrar delivers a euphoric and critical, funny and profound memoir that will speak to anyone who has felt erased, asserting: I am here. I am joyful. 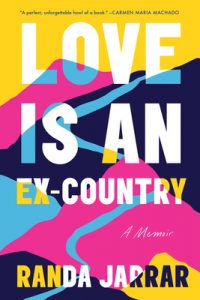 Carribean Fragoza, author of the debut short story collection Eat the Mouth That Feeds You (City Lights Publishers), and Randa Jarrar, author of the new memoir Love is an Ex-Country (Catapult), discuss their books with Vanessa Angelica Villareal on Sunday, April 11th, 10am ET and at 1pm PT.

Randa Jarrar is the author of the novel A Map of Home and the collection of stories Him, Me, Muhammad Ali. Her work has appeared in The New York Times Magazine, Salon, Bitch, BuzzFeed, and elsewhere. She is a recipient of a Creative Capital Award and an American Book Award, as well as awards and fellowships from the Civitella Ranieri Foundation, the Lannan Foundation, Hedgebrook, PEN, and others. A professor of creative writing and a performer, Jarrar lives in Los Angeles.

Vanessa Angélica Villarreal is the author of Beast Meridian (Noemi Press, Akrilica Series 2017), a recipient of a 2019 Whiting Award, a Kate Tufts Discovery Award nomination,  and winner of the John A. Robertson Award for Best First Book of Poetry from the Texas Institute of Letters. She is a 2021 National Endowment for the Arts poetry fellow, and has appeared in The New York Times, Harper’s Bazaar, The Boston Review, Poetry Magazine, and elsewhere. She is working on a poetry and essay collection while raising her son in Los Angeles.