In Blackout, the latest novel in Alex Segura’s acclaimed Pete Fernandez Mystery series, startling new evidence in a cold case that’s haunted Pete drags the exiled PI back to his hometown of Miami. But as Pete and his partner Kathy Bentley delve deeper into the unsolved murder, they become entangled in Miami’s obsession with a charismatic and dangerous cult leader and his even more menacing followers. At the same time, the detectives find themselves at odds with a Florida politician’s fixation on wealth, fame and power. It all converges in the heart of the Magic City and Pete is left scrambling to pick up the pieces―or die trying.

The Pete Fernandez novels have always run on two tracks – the long-buried Miami mystery that Pete is forced to solve, and Pete’s often unpredictable evolution from self-destructive alcoholic to somewhat functional private eye. In Blackout, those two tracks blend into one dark, personal and deadly tale of dangerous obsession that will leave Pete Fernandez completely changed. It’s all been building to this. 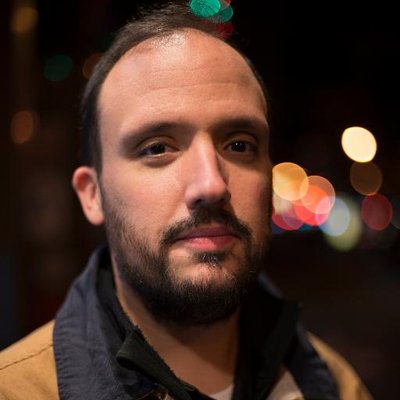 Alex Segura is a novelist and comic book writer. He is the author of three previous novels in his Pete Fernandez series: Silent City, Down The Darkest Street, and Dangerous Ends. He has also written a number of comic books, including the best-selling and critically acclaimed Archie Meets Kiss storyline, the “Occupy Riverdale” story and the upcoming Archie Meets Ramones. He lives in New York with his wife. He is a Miami native. Follow him at @alex_segura. 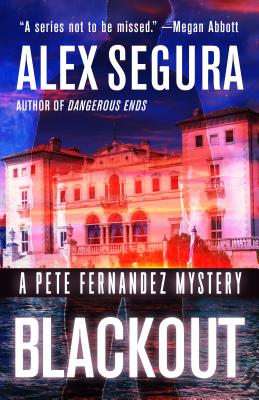 Life hasn’t gotten any easier for Judah Cannon. He may have survived the fiery showdown between his father, the tyrannical Pentecostal preacher Sister Tulah, and the Scorpions outlaw motorcycle club, but now Judah and Ramey, the love of his life turned partner in crime, are facing new and more dangerous adversaries. It will take all of their cunning and courage, their faith in one another and some unexpected help to give them even a shot of making it out alive.

In attempting to extricate the Cannon family from the crime ring they are known and feared for, Judah finds himself in the sights of Everett Weaver, a cold blooded killer and drug runner in Daytona Beach who shouldn’t be underestimated and doesn’t take no for an answer. Threatened by Weaver, saddled with guilt from his recovering, but now pill-popping, younger brother Benji and pressured to use his head and do the right thing by Ramey, Judah quickly arrives at a breaking point and things soon begin to go south.

Meanwhile, Special Agent Clive Grant, who has been unwillingly sent down from ATF headquarters in Atlanta, arrives in town to investigate the fire at Sister Tulah’s church. Clive, looking to prove himself, becomes obsessed with Tulah and her iron grip on Bradford County and is determined to take her down. His search leads him to Judah’s door and soon the Cannons are caught up in an increasingly tangled web of violence, lies and retribution spanning both sides of the law. Backed into a corner, but desperate to protect his family, Judah finds himself walking a dangerous path that might cost him everything or might win him it all, if only he can walk through the fire and come out on the other side. 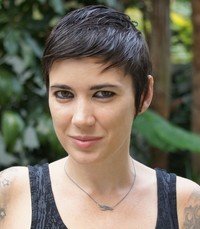 Steph Post is the author of two acclaimed novels: A Tree Born Crooked, a semi-finalist for the Big Moose Prize, and Lightwood, the first Judah Cannon novel. Post is a recipient of the Patricia Cornwell Scholarship for creative writing from Davidson College and the Vereen Bell writing award for fiction. She holds a Master’s degree in Graduate Liberal Studies from the University of North Carolina Wilmington. Her short fiction has appeared in Haunted Waters: From the Depths, The Round-Up, The Gambler Mag, Foliate Oak, Kentucky Review, Vending Machine Press, Nonbinary Review and the anthology Stephen King’s Contemporary Classics.

Her short story “The Pallid Mask” has recently been nominated for a Pushcart Prize. She is a regular contributor to Small Press Book Review and Alternating Current Press and has published numerous book reviews and author interviews. She is currently the writing coach at Howard W. Blake High School in Tampa, FL. Visit author’s website at stephpostfiction.com or @StephPostAuthor. 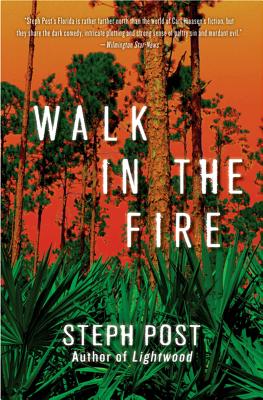