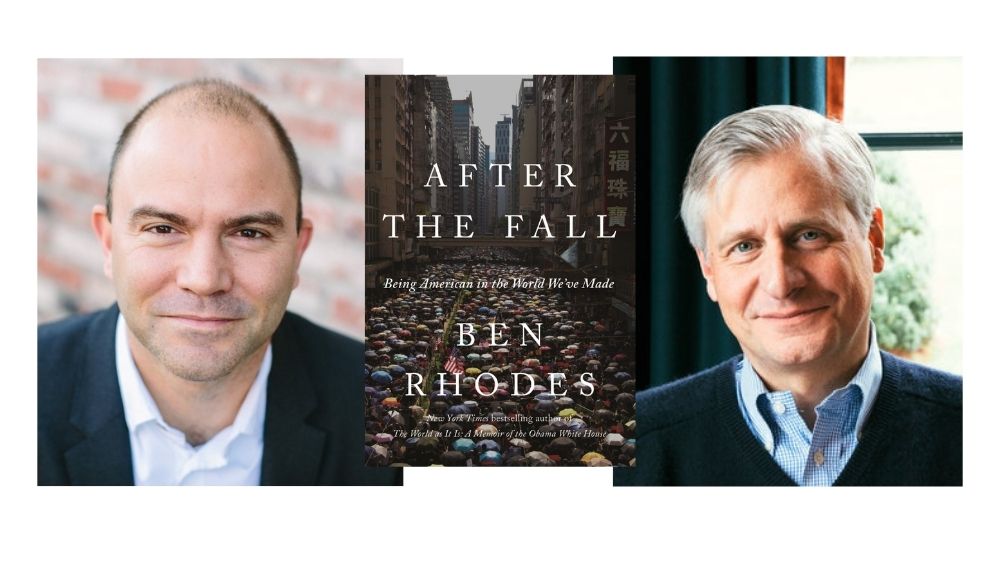 After the Fall: An Evening with Ben Rhodes and Jon Meacham

An Evening with Ben Rhodes

In conversation with Jon Meacham

After the Fall: Being American in the World We’ve Made

Why is democracy so threatened in America and around the world? And what can we do about it? A former White House aide and close confidant to President Barack Obama—and the New York Times bestselling author of The World as It Is—travels the globe in a deeply personal, beautifully observed quest for answers.

In 2017, as Ben Rhodes was helping Barack Obama begin his next chapter, the legacy they had worked to build for eight years was being taken apart. To understand what was happening in America, Rhodes decided to look outward. Over the next three years, he traveled to dozens of countries, meeting with politicians, activists, and dissidents confronting the same nationalism and authoritarianism that was tearing America apart. Along the way, a Russian opposition leader he spoke with was poisoned, the Hong Kong protesters he came to know saw their movement snuffed out, and America itself reached the precipice of losing democracy before giving itself a second chance.

Part memoir and part reportage, After the Fall is a hugely ambitious and essential work of discovery. In his travels, Rhodes comes to realize how much America’s fingerprints are on a world we helped to shape, through our post–Cold War embrace of unbridled capitalism and our post-9/11 nationalism and militarism; our mania for technology and social media; and the racism that fueled the backlash to America’s first Black president. At the same time, Rhodes learns from the stories of a diverse set of characters—from Barack Obama himself to Cuban rebels to a rising generation of international leaders—that looking squarely at where America has gone wrong makes clear how essential it is to fight for what America is supposed to be, for our own country and the entire world. 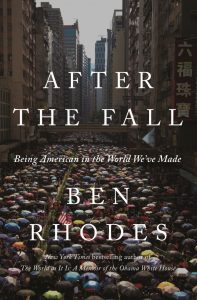 Ben Rhodes is a writer, political commentator, and national security analyst. He is currently a contributor for NBC News and MSNBC; co-host of Pod Save the World; a senior advisor to former President Barack Obama; and chair of National Security Action, which he co-founded with Jake Sullivan in 2018. From 2009-2017, Ben served as a Deputy National Security Advisor to President Obama. In that capacity, he participated in all of President Obama’s key decisions, and oversaw the President’s national security communications, speechwriting, and public diplomacy. He is the author of the upcoming book, “After the Fall: Being American in the World We’ve Made,” and the New York Times bestseller, “The World As It Is: A Memoir of the Obama White House.” His work has also been published in The Atlantic, The Washington Post, The New York Times, and Foreign Affairs. A native New Yorker, Ben has a B.A. from Rice University and an M.F.A from New York University.

Jon Meacham is a Pulitzer Prize–winning biographer. The author of the New York Times bestsellers Thomas Jefferson: The Art of Power, American Lion: Andrew Jackson in the White House, Franklin and Winston, Destiny and Power: The American Odyssey of George Herbert Walker Bush, and The Soul of America: The Battle for Our Better Angels, he is a distinguished visiting professor at Vanderbilt University, a contributing writer for The New York Times Book Review, and a fellow of the Society of American Historians. Meacham lives in Nashville and in Sewanee with his wife and children.