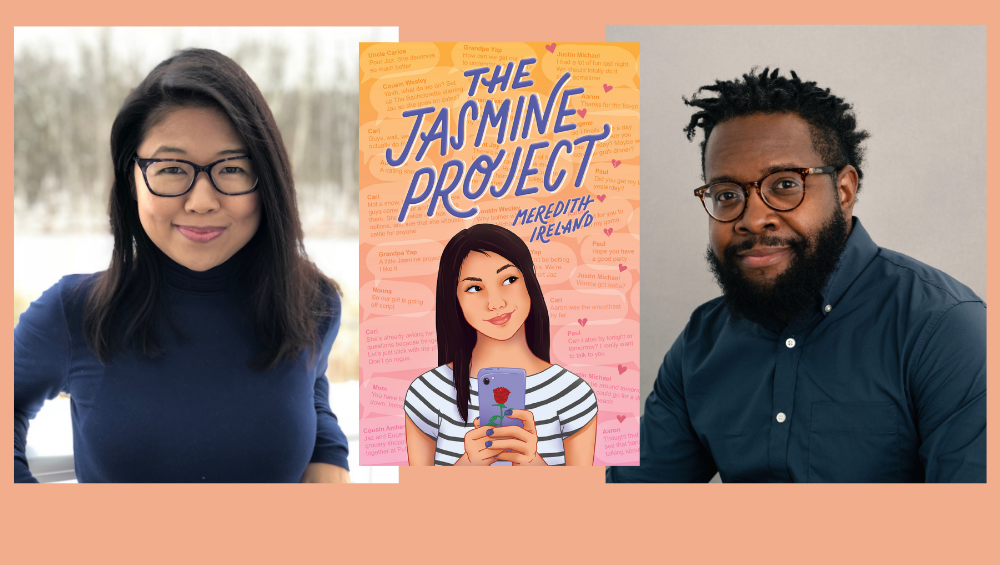 A Virtual Evening with Meredith Ireland and Justin A. Reynolds

A Virtual Evening with Meredith Ireland

In conversation Justin A. Reynolds

Jenny Han meets The Bachelorette in this effervescent romantic comedy about a teen Korean American adoptee who unwittingly finds herself at the center of a competition for her heart, as orchestrated by her overbearing, loving family.

Jasmine Yap’s life is great. Well, it’s okay. She’s about to move in with her long-time boyfriend, Paul, before starting a nursing program at community college—all of which she mostly wants. But her stable world is turned upside down when she catches Paul cheating. To her giant, overprotective family, Paul’s loss is their golden ticket to showing Jasmine that she deserves much more. The only problem is, Jasmine refuses to meet anyone new.

But…what if the family set up a situation where she wouldn’t have to know? A secret Jasmine Project.

The plan is simple: use Jasmine’s graduation party as an opportunity for her to meet the most eligible teen bachelors in Orlando. There’s no pressure for Jasmine to choose anyone, of course, but the family hopes their meticulously curated choices will show Jasmine how she should be treated. And maybe one will win her heart.

But with the family fighting for their favorites, bachelors going rogue, and Paul wanting her back, the Jasmine Project may not end in love but total, heartbreaking disaster. 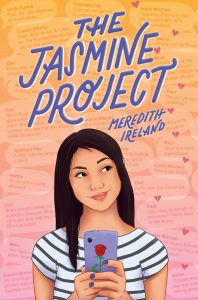 MEREDITH IRELAND was born in Korea and adopted by a New York librarian. Her love of books started early and although she pursued both pre-med at Rollins College and law at the University of Miami, stories were her fate. She currently resides with her two children, and Bob, a carnival goldfish, who’s likely a person. She writes young adult books, some of which you may like. The Jasmine Project is her debut novel.

JUSTIN A. REYNOLDS has always wanted to be a writer. Opposite of Always, his debut YA novel, was an Indies Introduce Top Ten Debut, a School Library Journal Best Book of 2019, translated in 19 languages, and is being developed for film by Paramount Players. His second YA novel, Early Departures, published to critical acclaim and was a Kirkus Reviews Best of 2020. His debut MG, a Miles Morales graphic novel titled Shock Waves that published June 2021, was an indie bestseller.  justin is also the co-founder of the CLE Reads Book Festival, a Cleveland Book Festival for middle-grade and young adult writers. He hangs out in northeast Ohio with his family and is probably somewhere, right now, dancing terribly.