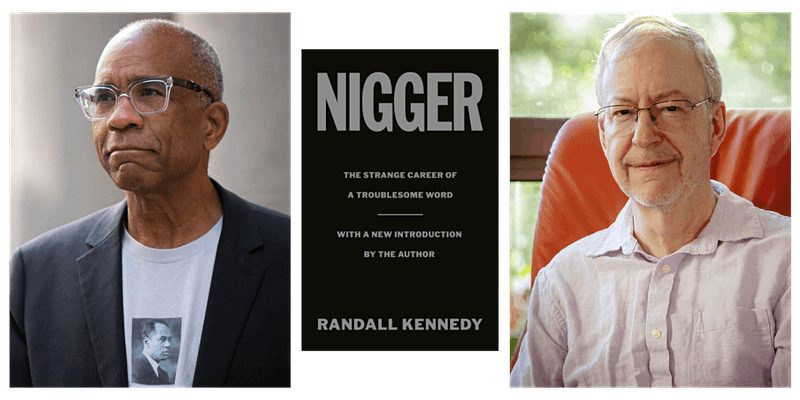 A Troublesome Word: A Virtual Evening with Randall Kennedy and Chris Finan

Books & Books and independent bookstores across the country present…

A Virtual Evening with Randall Kennedy

in conversation with Chris Finan

N*****: The Strange Career of a Troublesome Word – with a New Introduction by the Author 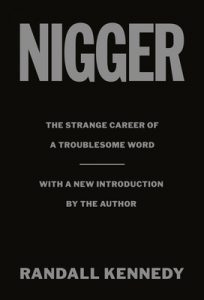 The twentieth anniversary edition of one of the most controversial books ever published on race and language is now more relevant than ever in this season of racial reckoning.

In addition to a brave and bracing inquiry into the origins, uses, and impact of the infamous word, this edition features an extensive new introduction that addresses major developments in its evolution during the last two decades of its vexed history.

In the new introduction to his classic work, Kennedy questions the claim that “nigger” is the most tabooed term in the American language, faced with the implacable prevalence of its old-fashioned anti-Black sense. “Nigger” continues to be part of the loud soundtrack of the worst instances of racial aggression in American life—racially motivated assaults and murders, arson, intentional infliction of emotional distress, and workplace harassment.

Consider this: twenty years ago, Kennedy wrote that any major politician credibly accused of using “nigger” would be immediately abandoned and ostracized. He was wrong. Donald Trump, former POTUS himself, was credibly charged, and the allegation caused little more than a yawn. No one doubted the accuracy of the claim but amidst all his other racist acts his “nigger-baiting” no longer seemed shocking. “Nigger” is still very much alive and all too widely accepted.

On the other hand, Kennedy is concerned to address the many episodes in which people have been punished for quoting, enunciating, or saying “nigger” in circumstances that should have made it clear that the speakers were doing nothing wrong—or at least nothing sufficiently wrong to merit the extent of the denunciation they suffered.

He discusses, for example, the inquisition of Bill Maher (and his pathetic apology) and the (white) teachers who have been disciplined for reading out loud texts that contain “nigger.” He argues that in assessing these controversies, we ought to be more careful about the use/mention distinction: menacingly calling someone a “nigger” is wholly different than quoting a sentence from a text by James Baldwin or Toni Morrison or Flannery O’Connor or Mark Twain.

Kennedy argues against the proposition that different rules should apply depending upon the race of the speaker of “nigger,” offering stunningly commonsensical reasons for abjuring the erection of such boundaries.

He concludes by venturing a forecast about the likely status of “nigger” in American culture during the next twenty years when we will see the clear ascendance of a so-called “minority majority” body politic—which term itself is redolent of white supremacy.

RANDALL KENNEDY is the Michael R. Klein Professor at Harvard Law School, where he teaches courses on contracts, criminal law, and the regulation of race relations.  He is a member of the bar of the District of Columbia, the American Law Institute, and the American Academy of Arts and Sciences. He is the author of seven books and lives in Deham, Massachusetts.

CHRIS FINAN is the executive director of the National Coalition Against Censorship, an alliance of more than 50 national non-profits, including literary, artistic, religious, educational, professional, labor, and civil liberties groups.  NCAC has engaged in direct advocacy and education to support First Amendment principles for almost 50 years.  He has been an advocate for free expression since 1982 and previously served as president of the American Booksellers Foundation for Free Expression.

A native of Cleveland, Chris is a graduate of Antioch College. After working as a newspaper reporter, he studied American history at Columbia University where he received his PhD.
He is the author of the forthcoming book, How Free Speech Saved Democracy: The Untold History of How the First Amendment Became a Tool for Securing Liberty and Social Justice (Steerforth Press).  He also wrote From the Palmer Raids to the Patriot Act: A History of the Fight for Free Speech in America (Beacon Press); Drunks: The Story of Alcoholism and the Birth of Recovery(Beacon Press) and Alfred E. Smith: The Happy Warrior (Hill and Wang).

Chris received the Eli Oboler Award of the American Library Association for From the Palmer Raids to the Patriot Act and the Hugh M. First Amendment Award for National Security and Free Speech: The Debate Since 9/11 (IDEBATE Press), which he edited.  He is also a recipient of the Freedom to Read Foundation Roll of Honor Award.

Chris is married to Pat Willard, author of several food histories, including America Eats! On the Road with the W.P.A.–The First Fries, Box Supper Socials, and Chitlin’ Feasts that Define Real American Food (Bloomsbury).  They have two sons and live in Brooklyn.

Tier 1: U.S. GA (Includes book + U.S shipping): The purchase of this ticket admits (1) one person into the virtual event and includes (1) one copy of N*****: The Strange Career of a Troublesome Word  (Pantheon, $25 + tax and fee). Please note that a fee of $6 is included for U.S. domestic shipping of the book.

General Admission (Free, no book): Registration for this ticket admits (1) one person into the virtual event. It does not include a book.