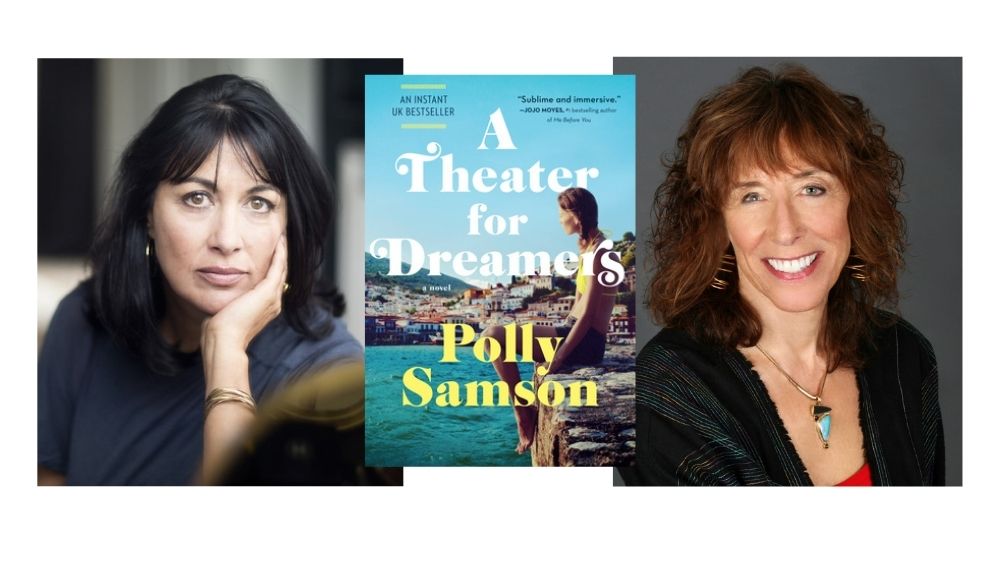 A Theater for Dreamers: A Virtual Event with Polly Samson and B.A. Shapiro

A Virtual Event with Polly Samson

In conversation with B.A. Shapiro

A Theater for Dreamers

It’s 1960, and the world teeters on the edge of cultural, political, sexual, and artistic revolution. On the Greek island of Hydra, a proto-commune of poets, painters, and musicians revel in dreams at the feet of their unofficial leaders, the writers Charmian Clift and George Johnston, troubled queen and king of bohemia. At the center of this circle of misfit artists are the captivating and inscrutable Axel Jensen, his magnetic wife Marianne Ihlen, and a young Canadian ingenue poet named Leonard Cohen.

When eighteen-year-old Erica stumbles into their world, she’s fresh off the boat from London with nothing but a bundle of blank notebooks and a burning desire to leave home in the wake of her mother’s death. Among these artists, she will find an unraveling utopia where everything is tested—the nature of art, relationships, and her own innocence.

Intoxicating and immersive, A Theater for Dreamers is a spellbinding tour-de-force about the beauty between naïveté and cruelty, chaos and utopia, artist and muse—and about the wars waged between men and women on the battlegrounds of genius. Roiling with the heat of a Grecian summer, A Theater for Dreamers is, according to the Guardian, “a blissful piece of escapism” and “a surefire summer hit.” 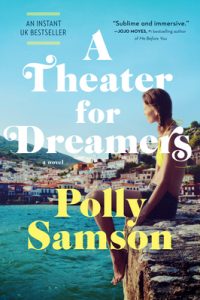 Polly Samson is a writer of fiction and a lyricist. Her words have appeared on four number one albums, including Pink Floyd’s The Division Bell and David Gilmour’s On an Island. She has also worked as a journalist and in publishing, including two years as a columnist for the Sunday Times. Samson was made a fellow of the Royal Society of Literature in 2018. Her first novel, Out of the Picture, was shortlisted for the Author’s Club Award, and many of her stories, including those from her first collection Lying in Bed, have been read on Radio 4. A second collection of short stories, Perfect Lives, was a Book at Bedtime. She has written an introduction to a collection of Daphne du Maurier’s earliest stories and has been a judge for the Costa Book Awards. Her 2015 novel The Kindness was named a Book of the Year by both the Times and the Observer.

New York Times bestselling author B. A. Shapiro has made the historical art thriller her own with such novels as The Art Forger and The Muralist. With her latest book, The Collector’s Apprentice, Shapiro takes readers to Paris in the 1920s and the ever-fascinating world of Gertrude Stein’s salon, the backdrop for a gripping mystery involving love, intrigue, murder and, of course, art.

As a graduate student in an unrelated field, Barbara visited the Barnes Foundation in Philadelphia, then a private museum in a beaux arts mansion with arguably the best collection of post-Impressionist art in the world. Albert Barnes was a brilliant and eccentric collector, who abruptly closed his museum to the public and converted it to a private school when his first groundbreaking collection was attacked by critics. Even at the time of her visit, Barbara had an inkling that she might write a novel about these artists and the man, and thirty-five years later, she finally has. The Collector’s Apprentice fictionalizes Barnes and his fascinating assistant, Violette de Mazia, collapses time, adds love triangles—one with Henri Matisse—and creates a possible murder. “If you can put The Collector’s Apprentice down, you’re made of stronger stuff than I am,” writes bestselling author Jacquelyn Mitchard.

Shapiro earned a PhD in sociology, specializing in deviant behavior—a good background for a novelist, she points out. She has taught sociology at Tufts University and creative writing at Northeastern University. She is the author of five previous thrillers and The Big Squeeze, a nonfiction book about reducing the pressures of family and work. She has visited over one hundred cities to publicize her books and has spoken at libraries, women’s clubs, art museums, and colleges and universities from coast to coast.