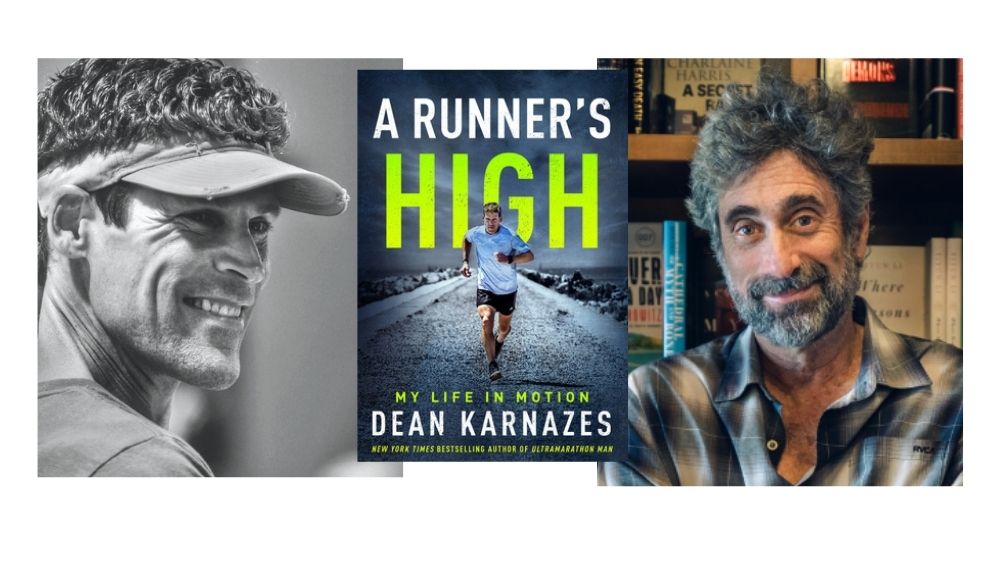 A Runner’s High: An Evening with Dean Karnazes and Mitchell Kaplan

An Evening with Dean Karnazes

A Runner’s High: My Life in Motion

Please note this is a free event! However, if you would like to make a contribution to support Books & Books’ virtual events, we are grateful for any and all donations. Donations can be made in the upper righthand corner, above the “Save My Spot!” registration button. Thank you!

New York Times bestselling author and ultramarathoning legend Dean Karnazes has pushed his body and mind to inconceivable limits, from running in the shoe melting heat of Death Valley to the lung freezing cold of the South Pole. He’s raced and competed across the globe and once ran 50 marathons, in 50 states, in 50 consecutive days.

In A Runner’s High, Karnazes chronicles his extraordinary adventures leading up to his return to the Western States 100-Mile Endurance Run in his mid-fifties after first completing the race decades ago. The Western States, infamous for its rugged terrain and extreme temperatures, becomes the most demanding competition of Karnazes’s life, a physical and emotional reckoning and a battle to stay true to one’s purpose. Confronting his age, his career path, and his life choices, we see Karnazes as we never have before.

For Karnazes, the running experience is about the runner and the trail. It is not the sum of achievements but a story that continues to be told each day, with each step. A Runner’s High is at once an endorphin-fueled adventure and a love letter to the sport from one of its most celebrated ambassadors that will leave both casual and serious runners cheering. 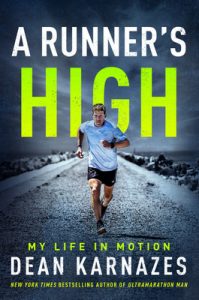 DEAN KARNAZES is a two-time New York Times Bestselling author and an icon in the running world. He is widely recognized as one of the fittest people on the planet. TIME magazine named Dean as one of the “Top 100 Most Influential People in the World.” An internationally recognized endurance athlete and bestselling author, Dean has pushed his body and mind to inconceivable limits.

MITCHELL KAPLAN, a Miami Beach native, founded the independent bookstore chain Books & Books in 1982. Books & Books was named “Publishers’ Weekly Bookstore of the Year” in 2015. He is the co-founder of Miami Book Fair, a former president of the American Booksellers Association (ABA), and received the National Book Foundation’s prestigious “Literarian Award for Outstanding Service to the American Literary Community” in 2011.  He is the host of the podcast, “The Literary Life with Mitchell Kaplan” and with his partner Paula Mazur, formed the Mazur/Kaplan film production company to bring books to the screen.