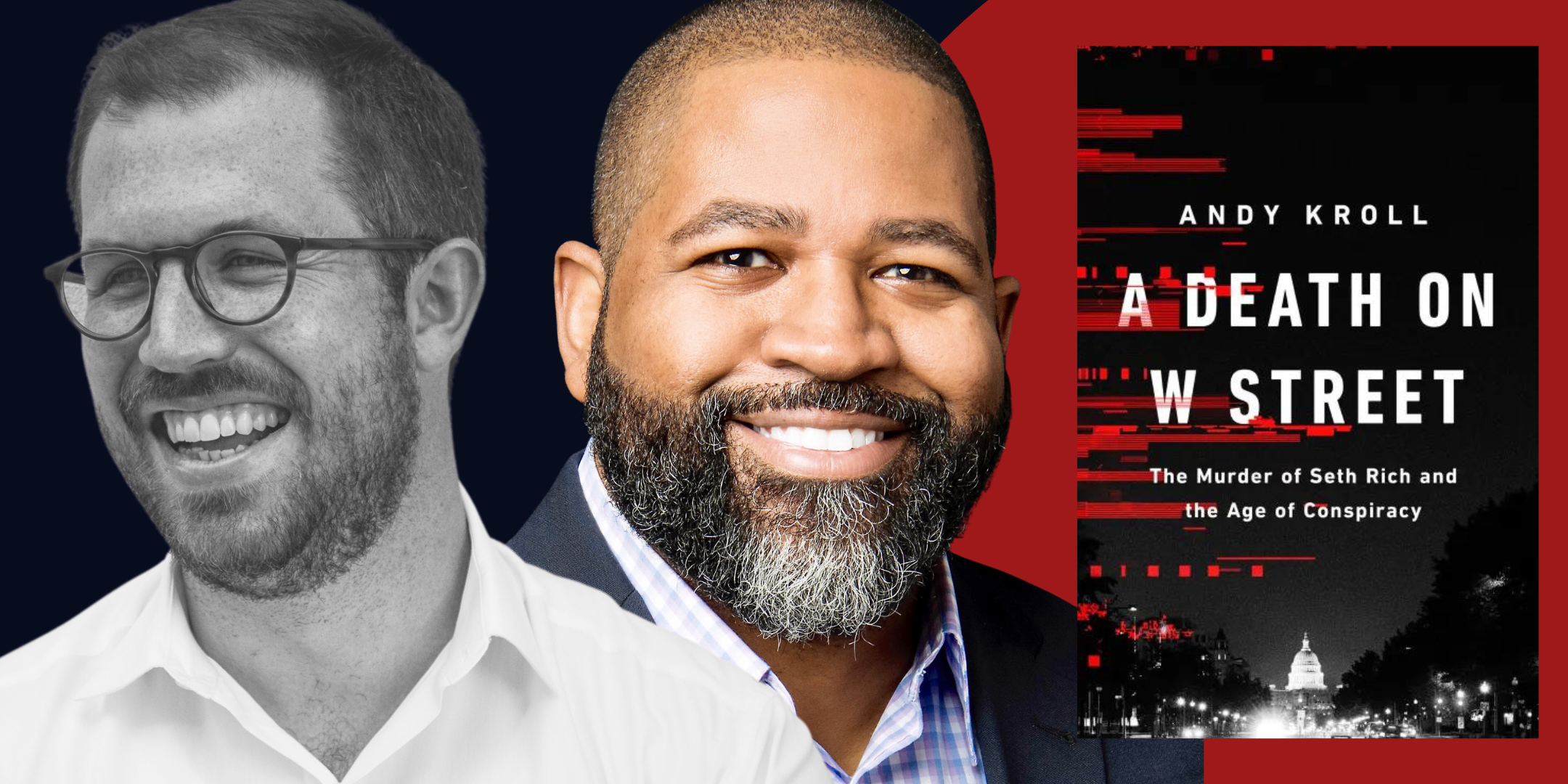 A Death on W Street: A Virtual Evening with Andy Kroll and Jamil Smith

A Death on W Street: The Murder of Seth Rich and the Age of Conspiracy

A true-crime story for the post-truth era


In the early hours of July 10, 2016, gunshots rang out and a young man lay fatally wounded on a quiet Washington, DC, street. But who killed Seth Rich? When he was buried in his hometown, his rabbi declared: “There are no answers for a young man gunned down in the prime of his life.” The rabbi was wrong. There were in fact many answers, way too many.

In the absence of an arrest, a howling mob filled the void. Wild speculation and fantastical theories surfaced on social media and gained traction thanks to a high-level cast of provocateurs. But it wasn’t until Fox News took the rumors from the fringes to the mainstream that Seth Rich’s life and death grew into something altogether unexpected—one of the foundational conspiracy theories of modern times.

A Death on W Street unravels this gripping saga of murder, madness, and political chicanery, one that would ensnare Hillary Clinton and Steve Bannon, a popular pizzeria in northwest DC and the most powerful voices in American media. It’s the story of an idealistic twenty-seven-year-old political staffer who became a tragic victim of the culture wars, until his family decided that they had no choice but to defend his name and put an end to the cruel deceptions that surrounded his death.

This is the definitive story of Seth Rich, of those who tried to weaponize his memory in a war of words unlike any other, and of one family’s crusade to protect the truth against all odds.

ANDY KROLL is an investigative reporter for ProPublica, where he covers voting, politics, and threats to democracy. He is the former Washington bureau chief for Rolling Stone magazine, where he wrote extensively about the Seth Rich case. He has also written for Mother Jones, National Journal, and The California Sunday Magazine. He lives in Washington, DC.

JAMIL SMITH is a journalist, producer, and cultural critic. Jamil Smith has interrogated the most urgent problems facing our society and the world at-large. In various forms of media — television, radio, and most notably, his writing — he has pushed policymakers to create a more just and equitable America and worked to spotlight those people who are working for solutions. Most recently as an essayist with the LA Times, a senior Correspondent with Vox.com, Smith’s work has ranged from reporting and writing essays for print to co-hosting the “Vox Conversations” podcast — named by Adweek as 2021’s Best Podcast By a Publisher.