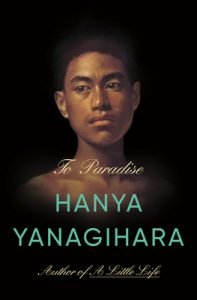 TO PARADISE by Hanya Yanagihara

From the author of the classic A Little Life—a bold, brilliant novel spanning three centuries and three different versions of the American experiment, about lovers, family, loss and the elusive promise of utopia. 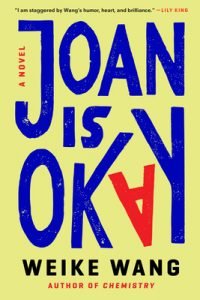 JOAN IS OKAY by Weike Wang

A witty, moving, piercingly insightful new novel about a marvelously complicated woman who can’t be anyone but herself, from the award-winning author of Chemistry. “A deeply felt portrait . . . With gimlet-eyed observation laced with darkly biting wit, Weike Wang masterfully probes the existential uncertainty of being other in America.”—Celeste Ng, author of Little Fires Everywhere 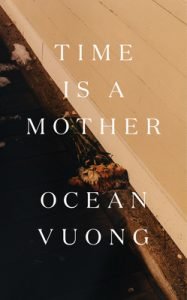 TIME IS A MOTHER by Ocean Vuong 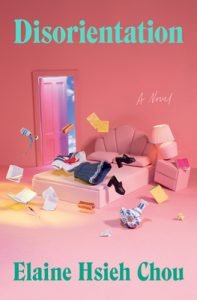 “Disorientation does what great comedies and satires are supposed to do: make you laugh while forcing you to ponder the uncomfortable implications of every punchline.” —The Washington Post. A Taiwanese American woman’s coming-of-consciousness ignites eye-opening revelations and chaos on a college campus in this outrageously hilarious and startlingly tender debut novel. 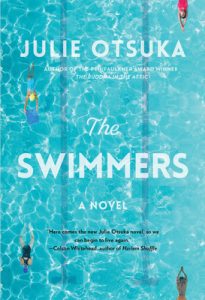 THE SWIMMERS by Julie Otsuka

From the best-selling, award-winning author of The Buddha in the Attic and When the Emperor Was Divine comes a novel about what happens to a group of obsessed recreational swimmers when a crack appears at the bottom of their local pool. This searing, intimate story of mothers and daughters—and the sorrows of implacable loss—is the most commanding and unforgettable work yet from a modern master. 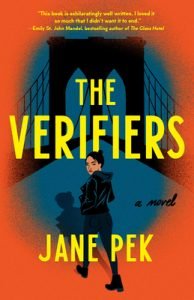 THE VERIFIERS by Jane Pek

Introducing Claudia Lin: a sharp-witted amateur sleuth for the 21st century. This debut novel follows Claudia as she verifies people’s online lives, and lies, for a dating detective agency in New York City. Until a client with an unusual request goes missing. . . . 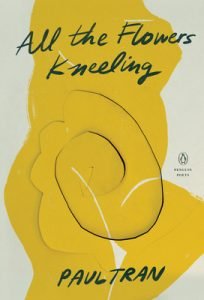 ALL THE FLOWERS KNEELING by Paul Tran

“This powerful debut marshals narrative lyrics and stark beauty to address personal and political violence.” —New York Times Book Review. A profound meditation on physical, emotional, and psychological transformation in the aftermath of imperial violence and interpersonal abuse, from a poet both “tender and unflinching” (Khadijah Queen)

THE TREES WITNESS EVERYTHING by Victoria Chang

A lover of strict form, best-selling poet Victoria Chang turns to compact Japanese waka, powerfully innovating on tradition while continuing her pursuit of one of life’s hardest questions: how to let go. 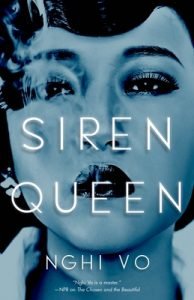 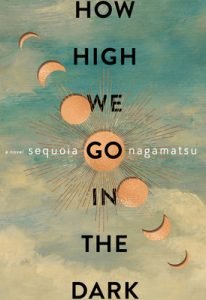 HOW HIGH WE GO IN THE DARK by Sequoia Nagamatsu

For fans of Cloud Atlas and Station Eleven, a spellbinding and profoundly prescient debut that follows a cast of intricately linked characters over hundreds of years as humanity struggles to rebuild itself in the aftermath of a climate plague—a daring and deeply heartfelt work of mind-bending imagination from a singular new voice. 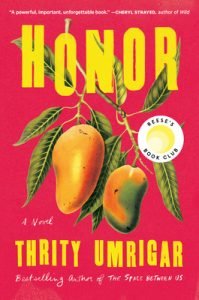 “In the way A Thousand Splendid Suns told of Afghanistan’s women, Thrity Umrigar tells a story of India with the intimacy of one who knows the many facets of a land both modern and ancient, awash in contradictions.” —Lisa Wingate, #1 New York Times bestselling author of Before We Were Yours

In this riveting and immersive novel, bestselling author Thrity Umrigar tells the story of two couples and the sometimes dangerous and heartbreaking challenges of love across a cultural divide. 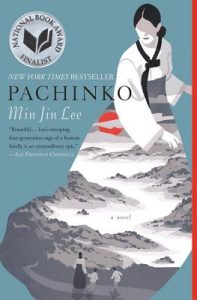 A New York Times Top Ten Book of the Year and National Book Award finalist, Pachinko is an “extraordinary epic” of four generations of a poor Korean immigrant family as they fight to control their destiny in 20th-century Japan (San Francisco Chronicle).

Dark Times Shine a Light on Books
Stranger Than Fiction
Get into the spirit 👻
Here are the 2022 National Book Award Winners!
Copyright © 2019 | Books & Books | All rights reserved. Your Locally-Owned Independent Bookseller